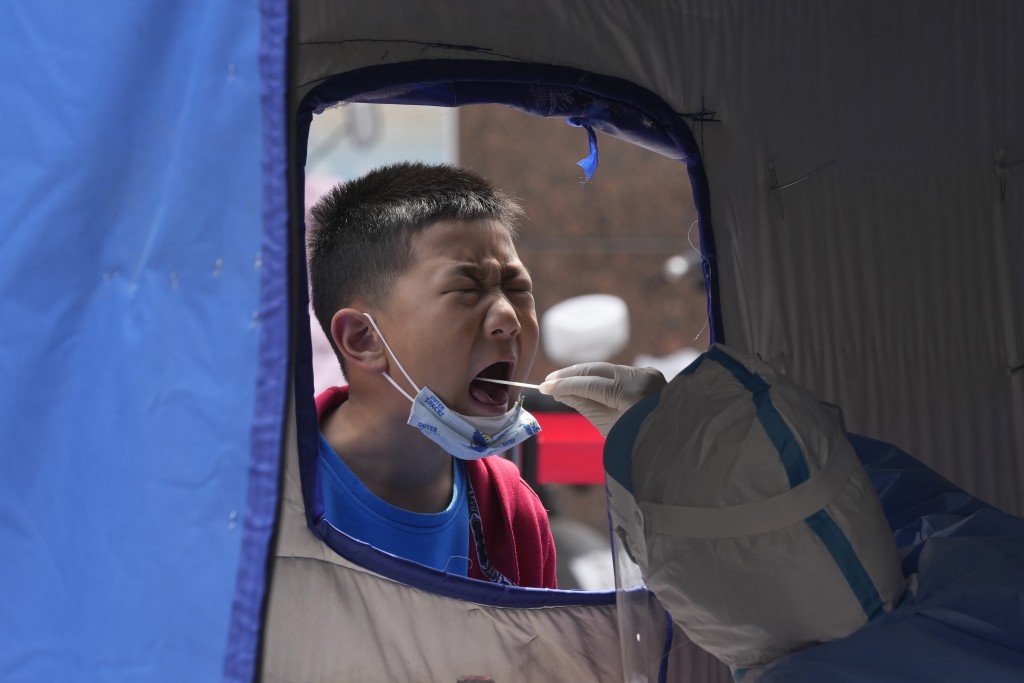 TAICHUNG (Taiwan News) — Chinese Communist Party (CCP) mouthpiece Global Times is always good for a laugh. In the CCP’s press ecosystem it serves as the repository for foaming-at-the-mouth Chinese ethno-nationalists to give them a space to splutter, spit, and vent their venom.

Unfortunately, these rabid characters sometimes include Taiwanese deep blue figures, including Chang Ya-chung (張亞中) who came in a strong second in last year’s Kuomintang (KMT) chair race, and would be a strong contender if current chair Eric Chu (朱立倫) steps down.

The international press loves to quote the Global Times because it is full of juicy and outrageous commentary where apparently everyone the CCP does not like is “playing with fire.” Global Times is worth keeping an eye on for the occasional trial balloon of future policy to gauge reaction, but generally speaking it is only representative of the hardline wing of the CCP.

I have a four-tier ranking of how seriously to take information coming out of China, and Global Times is the lowest. Above them is anything published in the CCP’s more serious mouthpieces People’s Daily or Xinhua “News Agency,” then official pronouncements from the government, and at the very top anything said by Chairman Xi Jinping (習近平) himself.

To commemorate the sixth anniversary of the inauguration of “Taiwan regional leader” Tsai Ing-wen (蔡英文) on May 20, Global Times ran two hilarious pieces. In one, they kicked off the article with the following:

“The regional leader of Taiwan Tsai Ing-wen marked her 6th year in office on Friday amid a COVID fiasco and sinking approval rate, which observers viewed as a full exposure of the secessionist's incompetence and neglect of people's livelihoods.”

Certainly, there are some issues with availability of PCR tests and some confusion created by rapidly shifting rules, which are legitimate problems. Fiasco? Hardly.

For a COVID response fiasco look no further than Shanghai, where people are being herded into quarantine camps, are having trouble getting enough food, those with non-COVID medical issues are being turned away for treatment, where people are being sealed into their apartments or factories where they work and in general turning a great city into a dystopian nightmare. And Shanghai is not the only city in China suffering like this.

In Taiwan, the government accepted the obvious, that the highly contagious Omicron variant could not be held off forever and that returning to normal life and economic activity are the end goals that are in the best interests of the public. So, once the population was over 80% double vaccinated, they finally opted for a managed opening designed to keep stress on the medical system to a minimum and the most lives saved.

Oh, and Global Times you might want to note that Taiwan uses vaccines that are actually effective–and even developed its own vaccine. China has insisted on using locally-developed vaccines that are barely functional, as the actual fiasco in China’s Hong Kong outbreak demonstrated.

Now, cases in Taiwan appear to be reaching their peak, and over 99% of cases are mild or asymptomatic. There is some justified grumbling, but no one is out protesting the government’s policy–for that you have to look to Shanghai.

Global Times is correct that “regional leader” Tsai’s approval ratings have slipped, from astronomically high for a leader in office for six years to merely surprisingly high. In the latest My-Formosa poll approval of her administration did drop 2.8%, to 56%, but in a Taiwanese Public Opinion Foundation (TPOF) the rating of her administration’s achievements actually reached a record high of 61.55%.

Just kidding, the CCP is too scared to hold honest polling. Our “regional leader” can take the heat, unlike yours.

But it was the other inauguration piece that really brought out the laughs: “History will judge Tsai Ing-wen and DPP guilty: Global Times editorial.” It had this to say:

“The so-called achievements of Tsai and the DPP cannot stand scrutiny. If the veneer is peeled off and the facts that Tsai and Su have deliberately avoided mentioning are added back, the "achievements" are a record of their taints, or a comprehensive "evidence of guilt." At least "seven sins" can be summarized.”

The first so-called “sin” was “inability in COVID fight” which was covered above. The second was “soliciting U.S. support and seeking secession” which it said “is the most serious betrayal of the Taiwan compatriots and the Chinese nation in general by the DPP, and the harm and risk it causes are incalculable.”

Tsai was elected to solicit U.S. support and strong majorities want the U.S. on Taiwan’s side. Polls also show that 70.6% agree with President Tsai’s statement that the Republic of China (ROC) and China’s People’s Republic of China (PRC) are “not subordinate to one another” and that 75.9% believe that maintaining the status quo already equates to de facto independence and therefore there is no need to change the country's name in the constitution.

Sorry Global Times, Tsai is not a “successionist” because there is not any need for her to be, it’s simply a fact. And one supported by the people who elected her to lead this independent nation.

The third “sin” was "desinicization" which really got me doubling over. Perhaps they forgot “regional leader” Mao Zedong’s (毛澤東) Cultural Revolution that led to traditional Chinese culture scholars having to visit Taiwan.

Fourth on the list was “wanton military engagement” and that “the costly weapons purchased from the U.S. are turning the island of Taiwan into an arsenal that may blow up anytime.” Who is the real threat here? Taiwan is merely exercising its perfectly normal right to self-defense against the real threat: China’s belligerence and massive increase in military spending.

Fifth was “high debt” caused by “the DPP authority's huge expenditure on defense and "dollar diplomacy" were made through abusing special budgets.” Alas for Global Times, last year the “DPP authorities” ran a record-breaking surplus.

Next came "Green terror." In the name of "transitional justice," the DPP authority has been cutting out dissent and cracking down on political opponents.” Apparently they are not reading Want Want China Times, which receives their marching orders from the same people behind the Global Times.

“Seventh sin: Recession in livelihood. Although the GDP of Taiwan doesn't look bad, if inflation is taken into account, people's actual income is seeing negative growth. In addition to the problem of low wages that has not been solved, high housing prices and high unemployment are becoming more and more intense. Meanwhile, a shortage of water, electricity, land, labor and talent is more prominent.”

Inflation is indeed a problem at 3.38%, but China’s is 8%. All of the items listed are true, but mostly more true of China itself.

After all, the “lying flat” movement of young people protesting low wages, high housing prices, high unemployment and endlessly chasing material culture is a Chinese problem. It’s such a big problem in China, that no less than “regional leader” Xi Jinping is worried about it.

As covered in a previous four-part series (here, here, here and here), the CCP is playing with fire that could lead to an ouster of Xi or even the CPP party-state itself. Global Times, before challenging the “DPP authorities” you should first concentrate on getting the CPP to get its own house in order.

Again, just kidding–of course you can not do that. Because unlike the “DPP authorities” the “CCP authorities” are actually “cutting out dissent and cracking down on political opponents.”