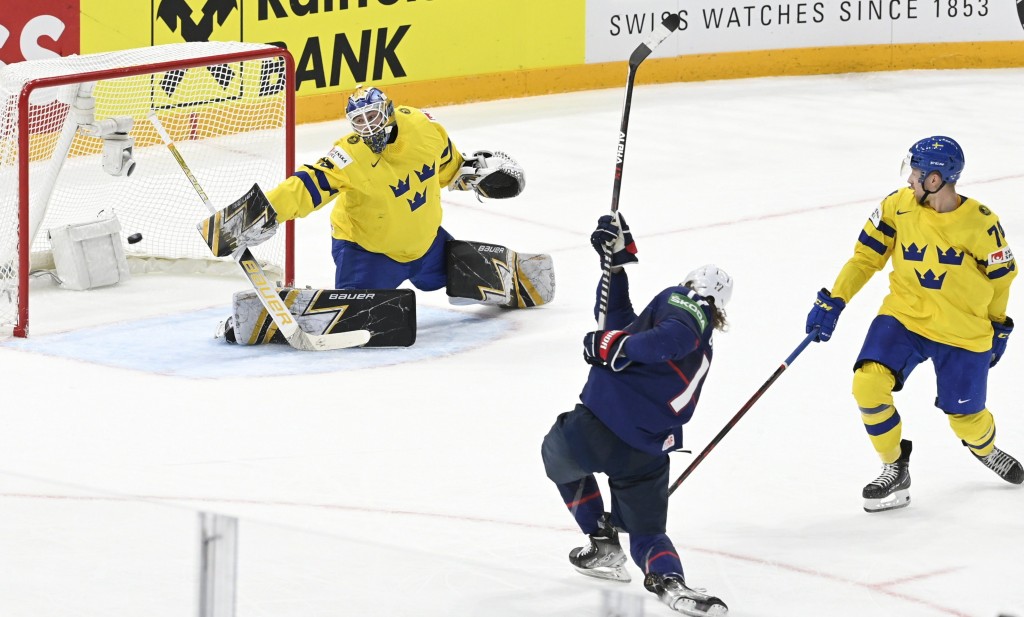 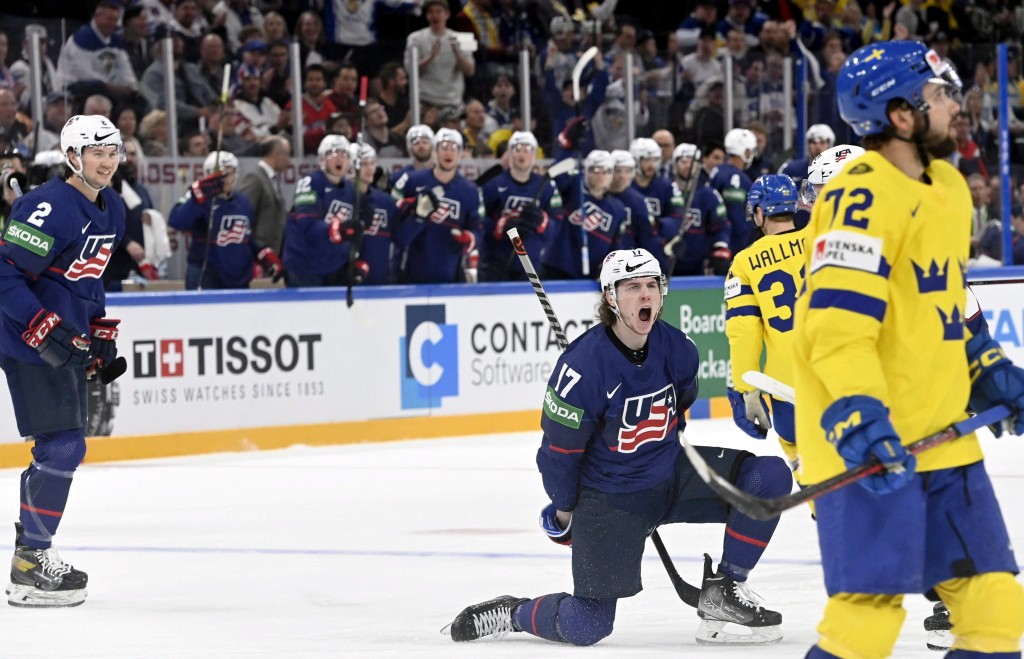 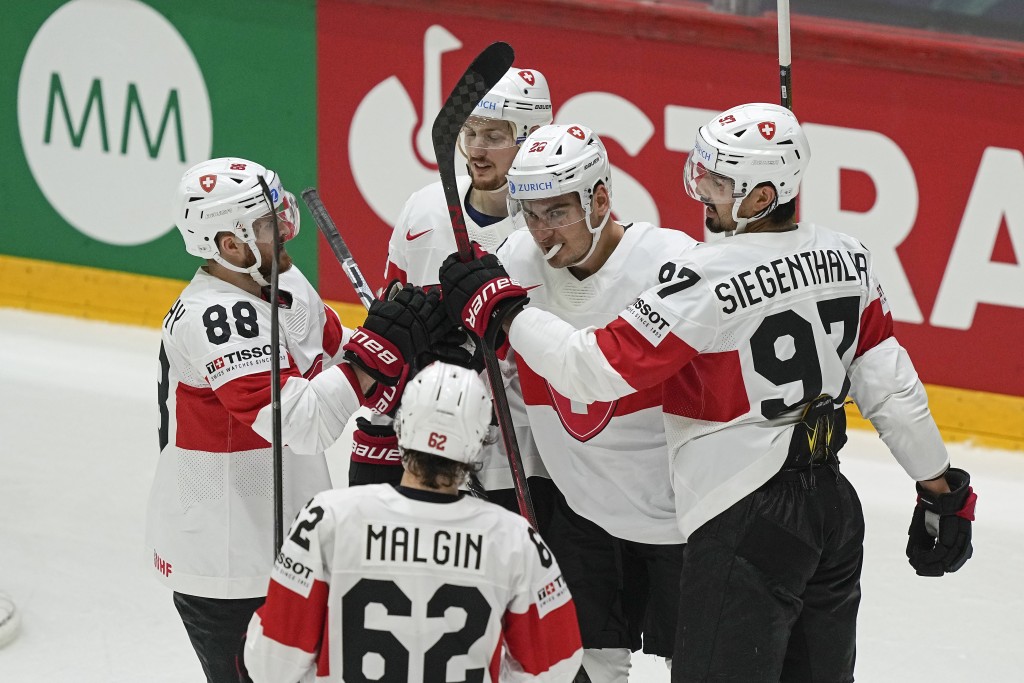 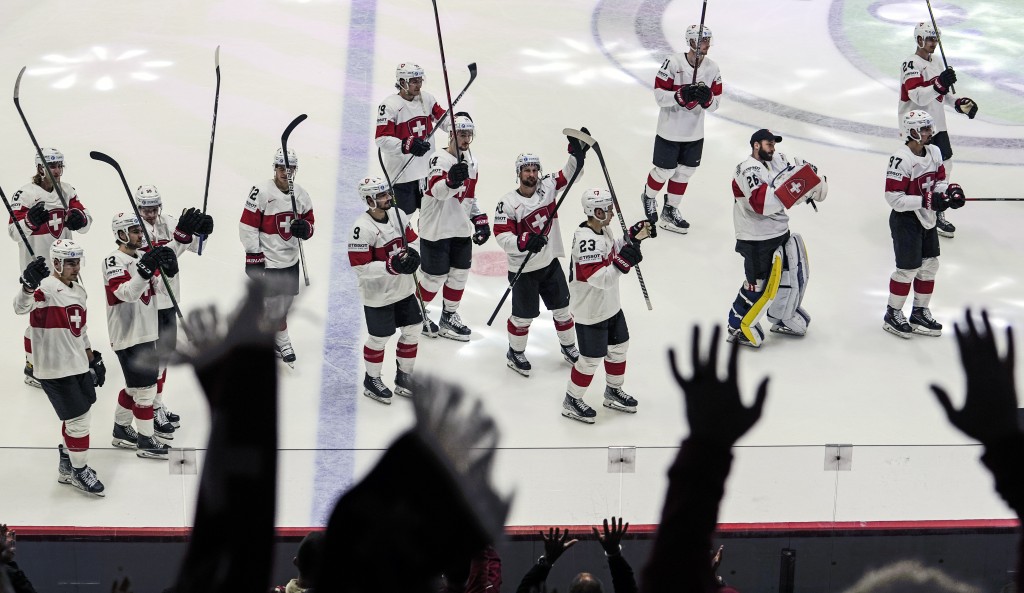 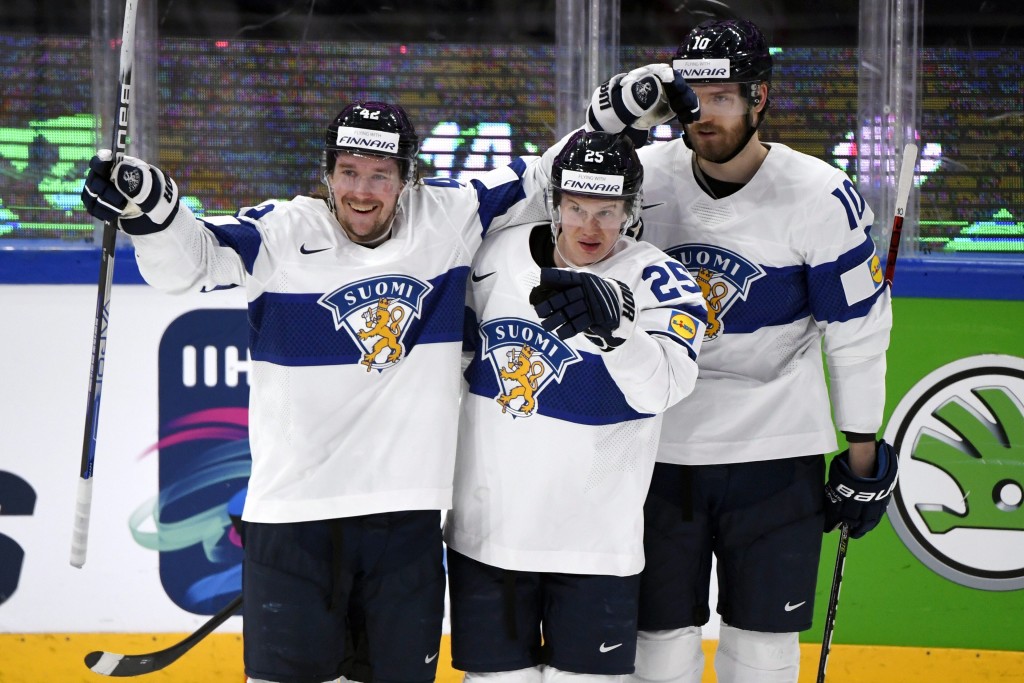 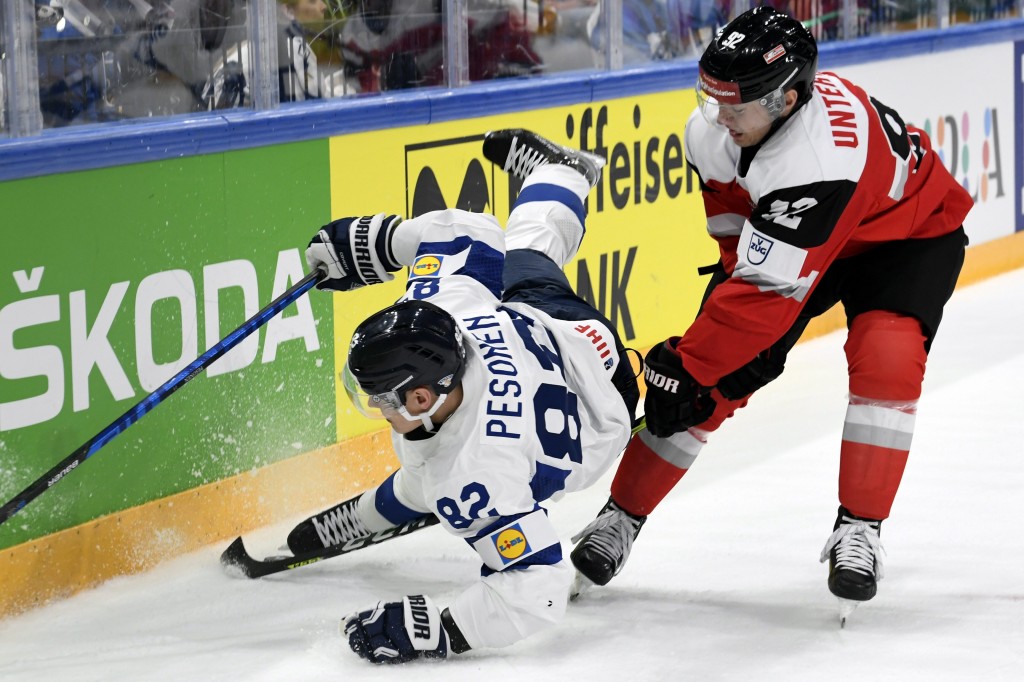 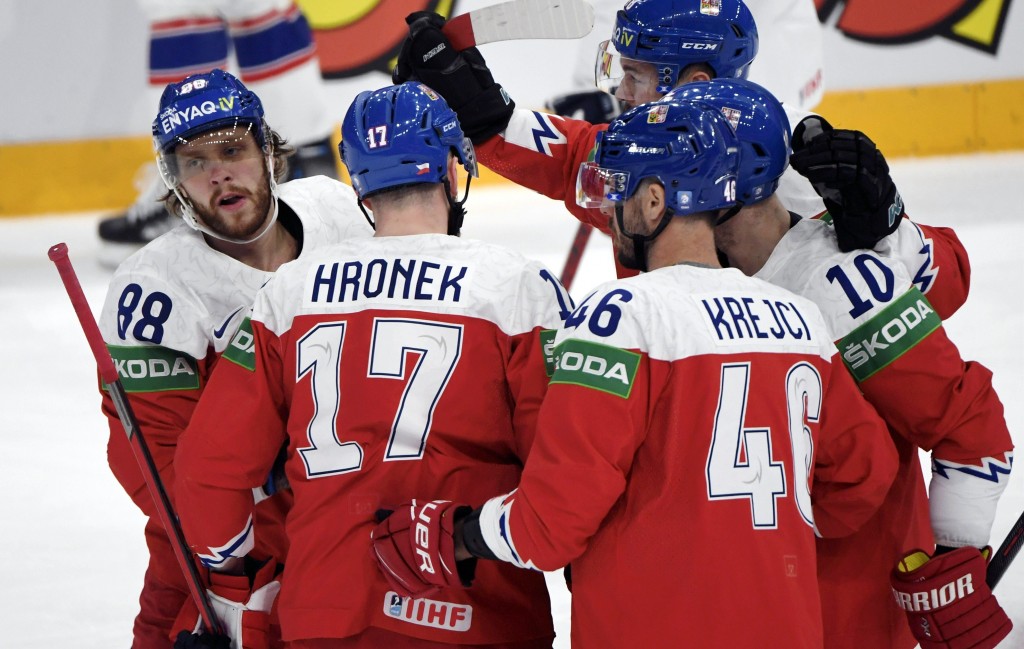 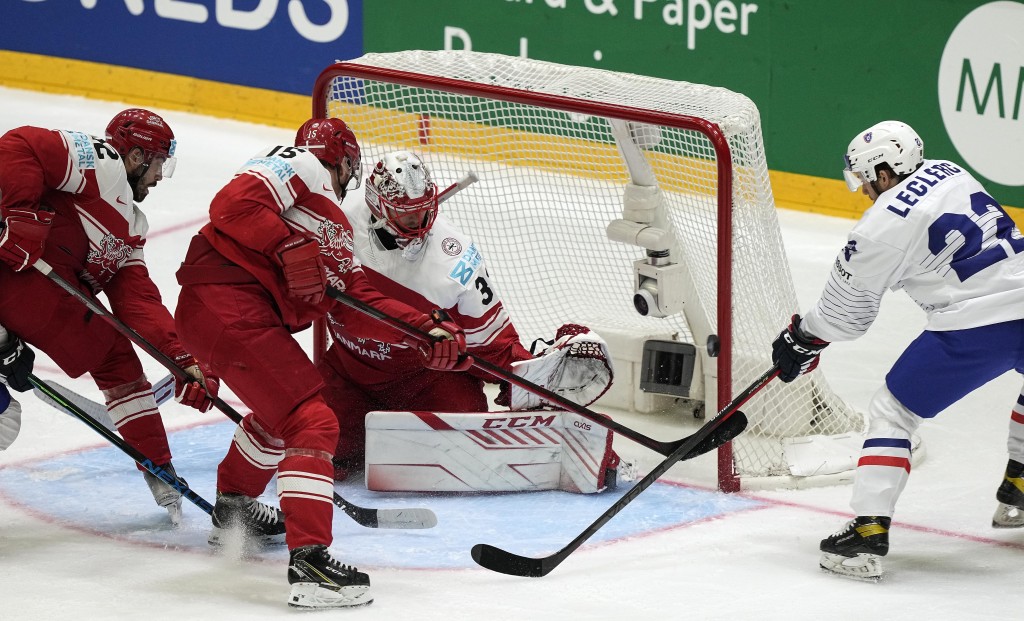 TAMPERE, Finland (AP) — Adam Gaudette scored in overtime for the United States to beat Sweden 3-2 at the world ice hockey championship on Saturday, while Switzerland bested Canada 6-3 in a game between previously unbeaten teams.

Gaudette was involved in all three of the U.S. goals as he scored the first and assisted Nate Schmidt for the second. The win improved the U.S. to 4-1 overall; the lone loss came against host Finland.

Canada's four-game unbeaten start was ended by Switzerland, with captain Nico Hischier among six players to score goals for the Swiss.

Canada scored all of its goals in the first period before Switzerland rallied with four unanswered goals from 3-2 down.

That puts Switzerland in first place in Group A as the only unbeaten team left in the championship.

The Olympic gold medalist Finns lead Group B after they recorded their fifth win in six games by 3-0 over Austria, leading 39-19 on shots.