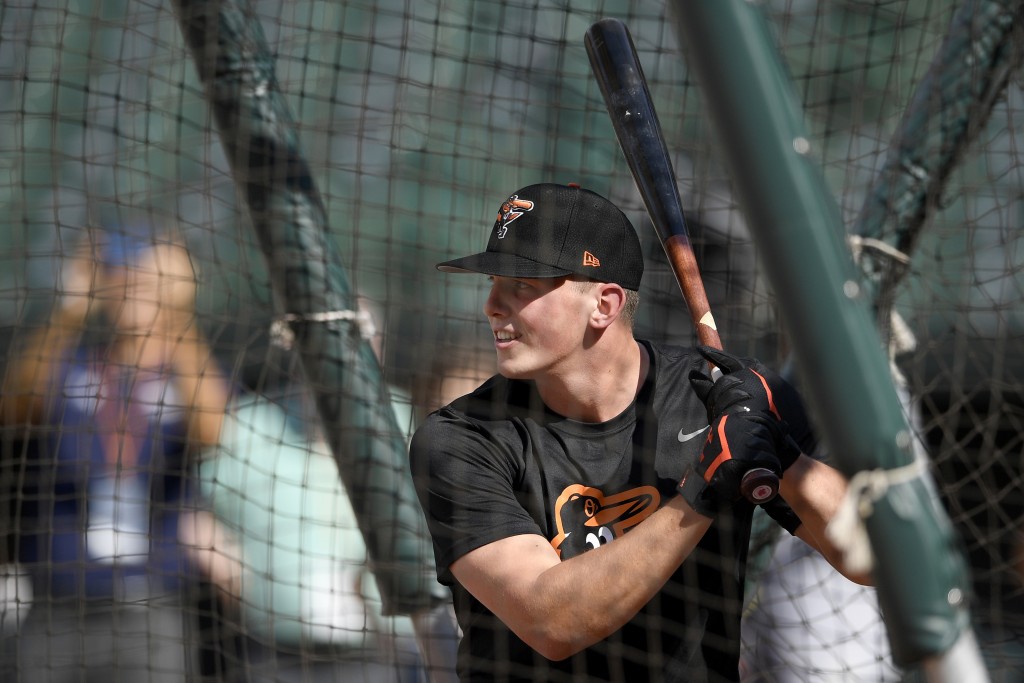 BALTIMORE (AP) — The Baltimore Orioles called top prospect Adley Rutschman up to the majors Saturday, paving the way for the 24-year-old catcher to make his big league debut.

“I’d say about as excited as I can be right now," Rutschman said. "This is probably the coolest thing, coolest moment, that I’ve had so far. I’m really excited for it.”

The switch-hitting Rutschman was the No. 1 pick in the 2019 draft and is ranked as baseball's No. 1 prospect by MLB Pipeline. The Orioles selected his contract from Triple-A Norfolk and designated catcher Anthony Bemboom for assignment.

Rutschman is set to wear No. 35, the same number Hall of Famer Mike Mussina wore when he pitched for the Orioles.

He will bat sixth against Tampa Bay, and there's now the potential for a bigger-than-usual crowd. However, the Preakness is also in Baltimore on Saturday.

Rutschman reached Triple-A last year but had a triceps injury before this season. He's hit .309 with a .942 OPS in 19 games across three levels of the minors in 2022.

“From the moment you’re drafted, from when you’re in high school, wherever it is, I think you always are looking forward to the opportunity and hoping it happens,” Rutschman said. "Just the fact it’s here now, it’s crazy. Just trying to take it in.”