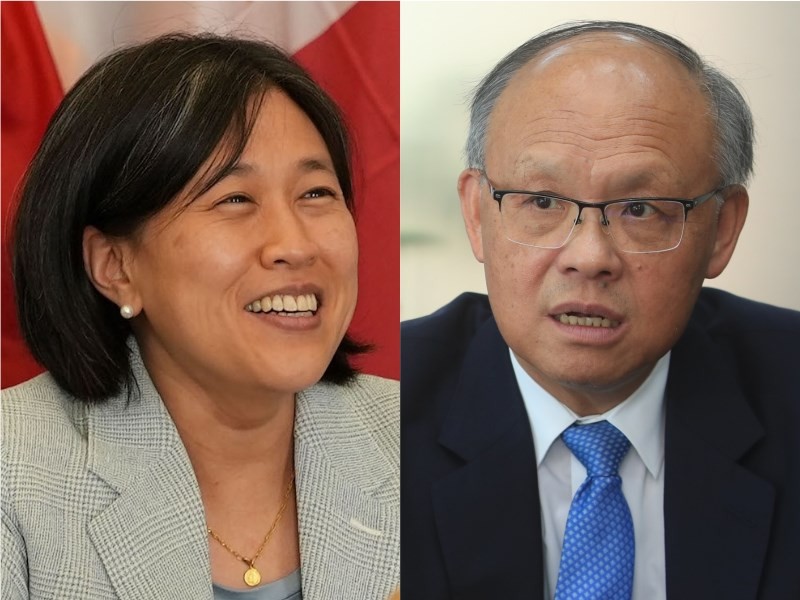 TAIPEI (Taiwan News) — A productive dialogue between Taiwan and the U.S. during an Asia-Pacific Economic Cooperation (APEC) meeting is leading to deepening economic ties between the two countries, the Ministry of Foreign Affairs (MOFA) announced on Friday (May 20).

Minister without Portfolio John Deng (鄧振中) and U.S. Trade Representative Katherine Tai met during the APEC Trade Ministerial Meeting in Bangkok, Thailand. Negotiation teams from Taiwan and the U.S. are set to begin a series of “intensive” negotiations to draw up specific plans for increasing bilateral investments.

MOFA said it was “much encouraged” by the results of the dialogue and looks forward to Taiwan-U.S. economic and trade development with optimism. It expects officials from both sides to meet again in a few weeks’ time.

MOFA added that since the inauguration of the Biden administration, Taiwan-U.S. economic and trade relations have become deeper, not only reinstating Trade and Investment Framework Agreement (TIFA) meetings but also seeing frequent interactions between Taiwanese and U.S. trade officials. The ministry said it and the government’s economic- and trade-related entities will continue to deepen partnerships with the U.S. and reinforce ties in the Indo-Pacific region.