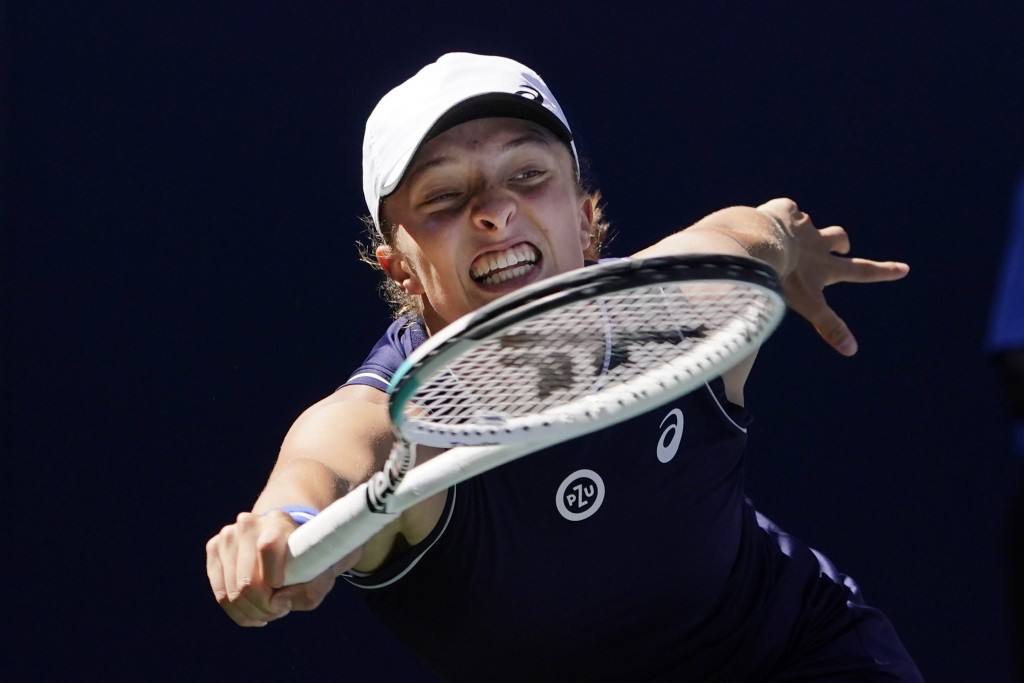 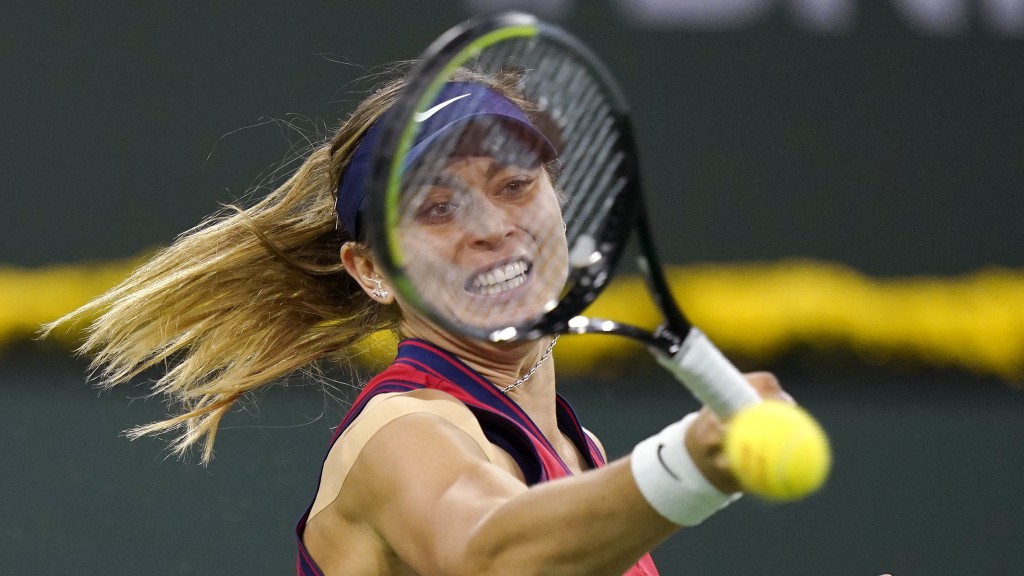 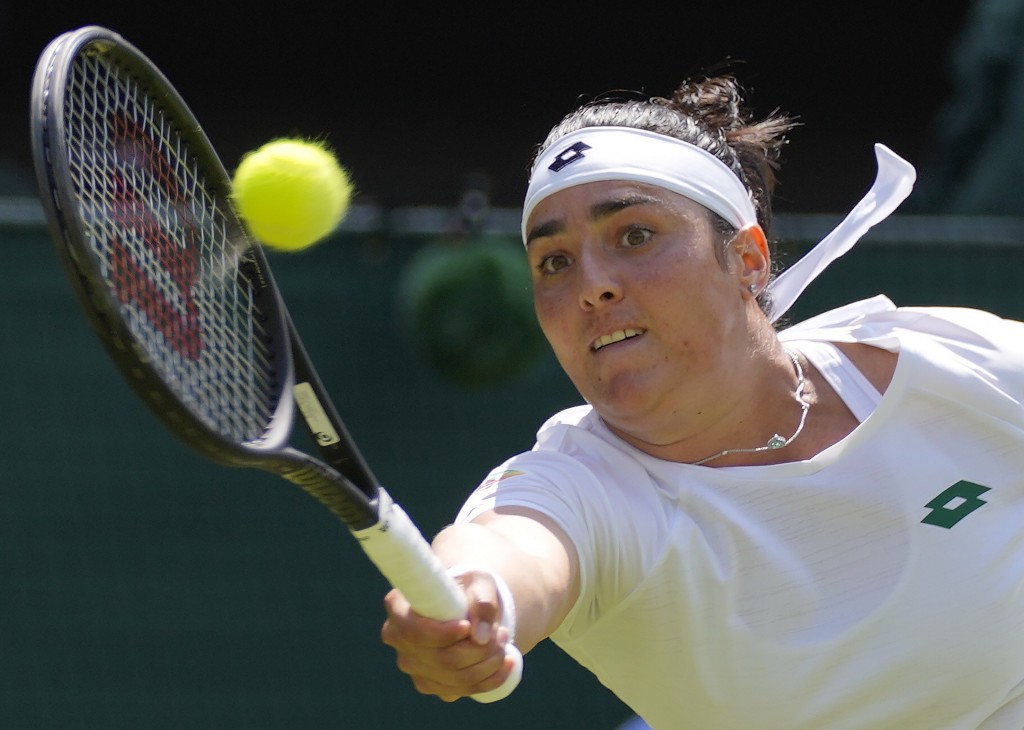 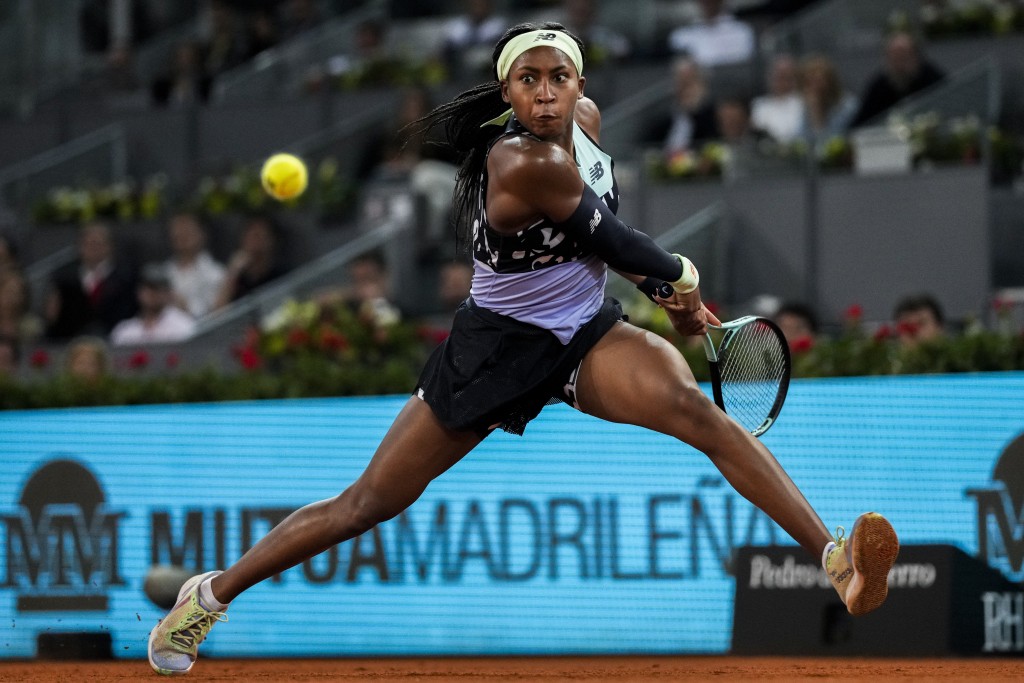 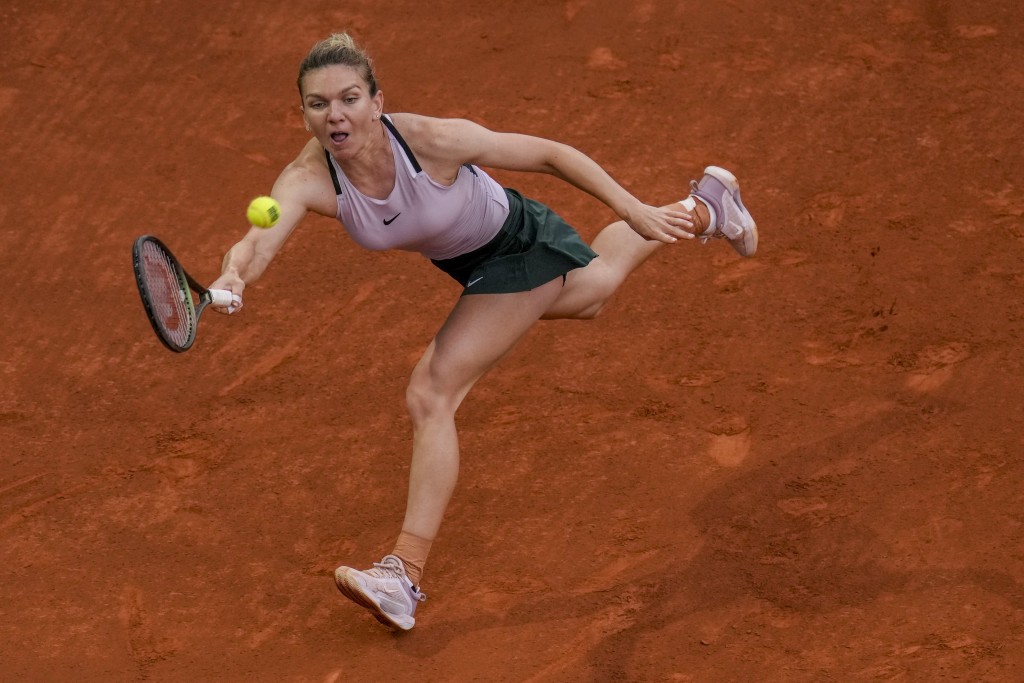 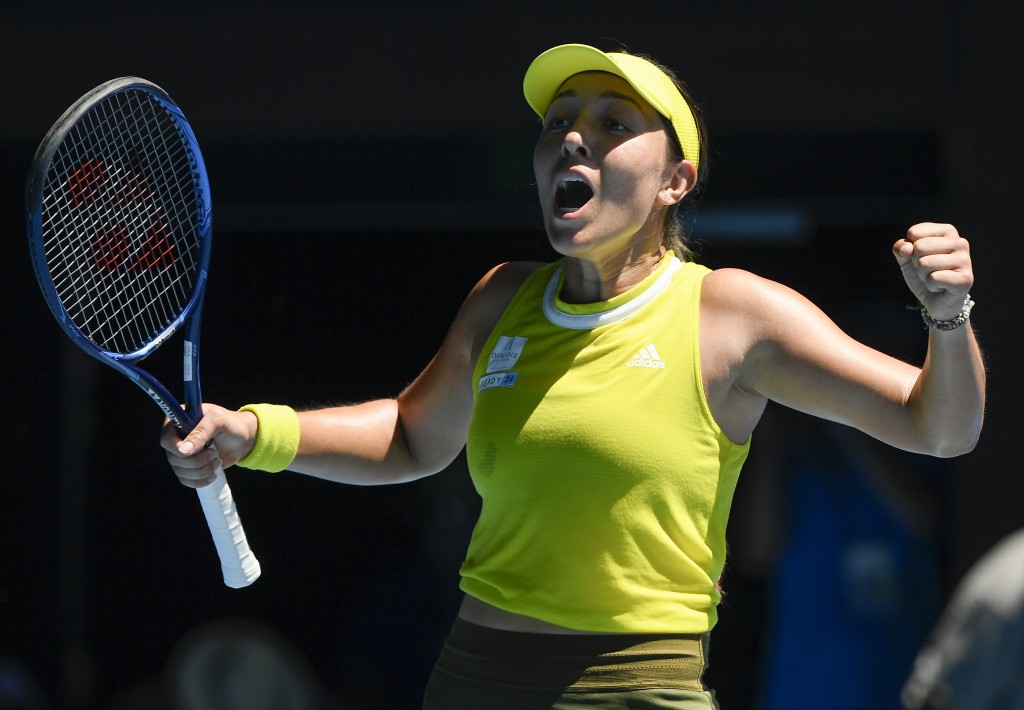 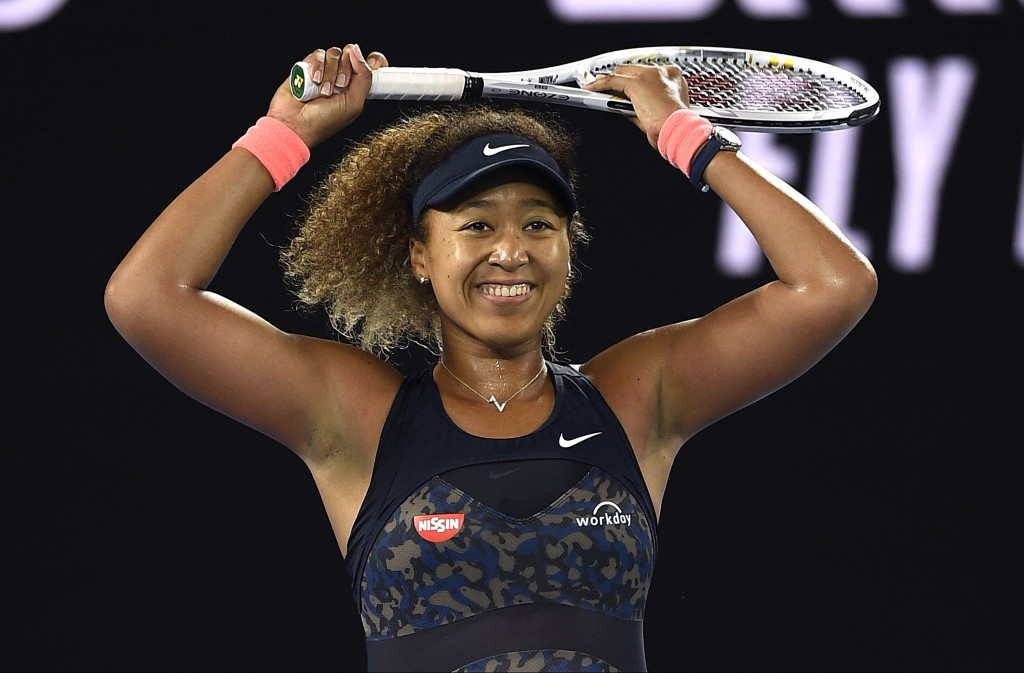 PARIS (AP) — Some of the women to watch at the French Open, which begins Sunday at Roland Garros:

Aces: Enters on a 28-match winning streak, including five titles in a row. ... Only player from Poland to win a Grand Slam singles championship. ... Her title at 2020 French Open while ranked 54th made her the lowest-ranked women's champion at Roland Garros in the Open era, which began in 1968. ... Split from coach Piotr Sierzputowski in the offseason and hired Tomasz Wiktorowski, who used to work with 2012 Wimbledon runner-up Agnieszka Radwanska. ... Has reached at least the fourth round at each of the past six major tournaments.

The Draw: Could face 2018 champion Simona Halep or 2017 champion Jelena Ostapenko in the fourth round.

She Said It: "I thought that it’s going to be possible for me to play like that in matches maybe in a few years. So it is a little bit mind-blowing, because I felt like everything clicked this season. And I wasn’t expecting to be that consistent.” — Swiatek, on her run of success so far in 2022.

Aces: Her only time past the fourth round at any Grand Slam tournament in 11 appearances came a year ago at Roland Garros — when her run ended at that stage with a loss at 8-6 in the third set. ... Entered last season at No. 70 in the WTA rankings and reached a career-best No. 2 this year. ... Leads tour in tiebreaker victories in 2022. ... Went a tour-leading 17-3 during the spring clay-court circuit last year.

The Draw: Could face No. 7 seed Aryna Sabalenka in the quarterfinals.

She Said It: “Grand Slams are the most important, and that’s what we work for, and that’s the dream of any player. I’ve been playing a lot of matches. I feel well. I like to play on clay. I like the French Open, and I hope some day I can lift the trophy.” — Badosa, looking ahead to Roland Garros.

Aces: Won clay-court title at Madrid Open in May, showing she is in as good a form as anyone on the surface at the moment. ... First Arab woman to reach the quarterfinals of a Grand Slam tournament and first to win a WTA title. ... Missed this year's Australian Open with a lower-back injury. ... Combines ability to produce heavy hitting from baseline with successful use of drop shots.

The Draw: Could face two-time Wimbledon champion Petra Kvitova in the third round.

She Said It: “I know in my head that the main goal is really the French Open.” — Jabeur, looking ahead after her triumph in Madrid.

Aces: Works with David Witt, former longtime coach of Venus Williams. ... Reached first final of a WTA 1000 event — one level below Grand Slam tournaments — at Madrid Open on red clay in May. ... Came within one victory of breaking into the top 10 in the WTA rankings for the first time. ... Made it at least to the fourth round of 10 of the past 12 WTA 1000s, dating to the start of last season. ... Her parents own the NFL’s Buffalo Bills and NHL’s Buffalo Sabres.

The Draw: Could face 2021 French Open semifinalist Tamara Zidansek in the third round.

She Said It: “I felt pretty comfortable, to be honest. I didn’t really feel too much nerves.” — Pegula, on her mindset for the Madrid Open final.

Aces: Will be her 11th career Grand Slam appearance; her debut came at Wimbledon in 2019, when she made it to the fourth round at age 15 as the youngest qualifier in tournament history. ... Made deepest run at a major last year at Roland Garros, before losing to eventual champion Barbora Krejcikova. Gauff held five set points in the opener but ended up bowing up in straight sets, then said: “My hitting partner told me this match will probably make me a champion in the future. I really do believe that.”

The Draw: Could face 2016 French Open champion Garbiñe Muguruza in third round.

She Said It: “I would definitely say expectations definitely affected me a little bit. I mean, I feel like it’s hard not to want to do well and meet everybody’s expectations. But I always have to remind myself that I play for me and me only.” — Gauff, on handling what others expect to see from her on the court.

Aces: Recently teamed up with coach Patrick Mouratoglou, who worked for about a decade with Serena Williams. ... Used to be ranked No. 1. ... Started her career 0-3 in Grand Slam finals, before breaking through at Roland Garros four years ago. ... Missed the French Open and Wimbledon with a torn calf in 2021; after she returned to action, though, her season concluded with another leg injury. ... Briefly fell out of the WTA's top 20 last season for the first time since 2013.

The Draw: Could face 2017 French Open champion Jelena Ostapenko in the third round.

She Said It: “He brought a lot of confidence to my game. The fact that he really believes that I can get back to the highest level gives me confidence and also motivation to work day by day.” — Halep, discussing working with Mouratoglou.

Aces: Pulled out of the clay-court tournament in Rome in May because of an injury to her left Achilles tendon. ... Before last year’s French Open, announced she would not participate in news conferences in Paris, then was fined after skipping the media session with reporters following her first-round victory and threatened with further punishment; decided to withdraw from the tournament before her second-round match, revealing she had dealt with anxiety and depression and needed a mental health break. ... Took time off then, also sitting out Wimbledon, and again after a third-round loss at the U.S. Open in September against eventual finalist Leylah Fernandez. ... Formed own management company with her agent.

The Draw: Faces No. 27 seed Amanda Anisimova in the first round.

She Said It: “I’m trying to take everything in stride. I know I’m still learning.” — Osaka, after a loss at the Madrid Open in May while dealing with a troublesome lower left leg.