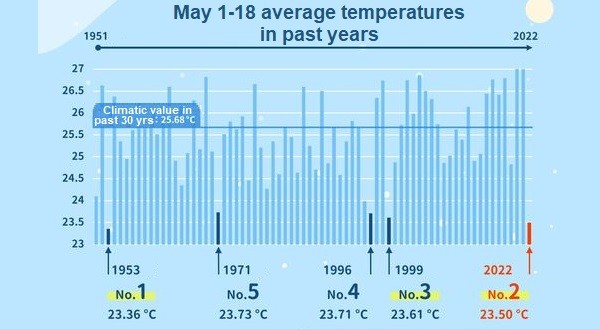 TAIPEI (Taiwan News) — Taiwan is experiencing the coolest May since 1953, according to the Central Weather Bureau (CWB).

In a Facebook post, the CWB wrote the average of temperatures recorded at 13 major stations across Taiwan between May 1-18 averaged 23.5 degrees Celsius, 2.18 C lower than the climatic value of the past 30 years.

“That’s right, what you’re feeling is correct!,” the CWB wrote. “Last May, many people might already have air conditioners running; this May, until today, light jackets are often still needed!”

In response to commentators from Kaohsiung reporting hot weather, the CWB added that since the southern city’s climate has always been hot, slight dips in temperatures only result in people feeling “slightly less hot than usual” rather than “cool.” “According to observed data, the average temperature in Kaohsiung during the first half of this May is in fact a little lower than past years!”

On May 2, snow also fell on Yushan, a rare event marking the fifth May snow recorded since 1990, per an earlier report. 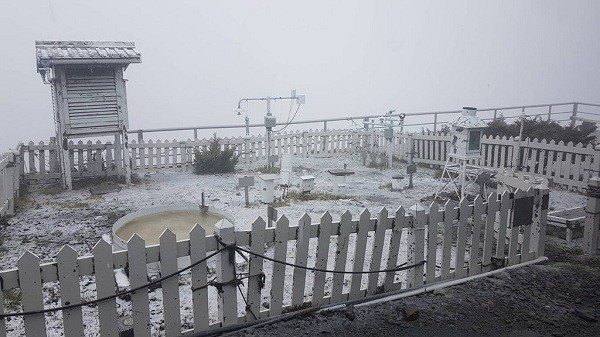 Snowfall atop Yushan on May 2. (Central Weather Bureau photo) 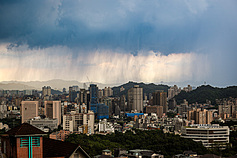