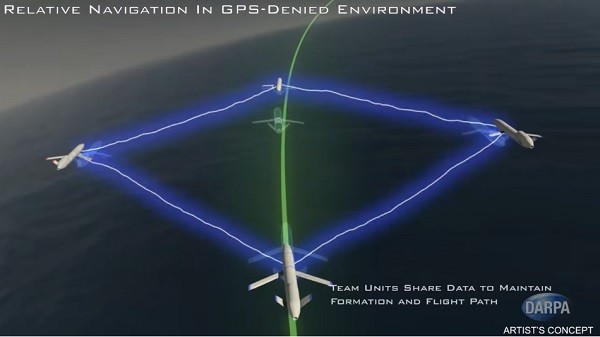 TAIPEI (Taiwan News) — Wargames conducted by the U.S. Air Force (USAF) and in coordination with think tanks have demonstrated that in the process of defending against a Chinese invasion of Taiwan, swarms of networked, highly autonomous, and low-cost drones are of great value and could be "decisive factors" in repelling the People's Liberation Army (PLA).

According to a Warzone report, David Ochmanek, a former Deputy Assistant Secretary of Defense for Force Development and senior international affairs and defense researcher at the RAND Corporation, revealed the think tank had worked with the USAF's Warfighting Integration Capability office (AFWIC). It conducted a Taiwan-related wargame in 2020 that included the use of a swarm of unmanned aerial vehicles (UAVs).

Ochmanek pointed out that once China invades Taiwan, the U.S. and its allies may only have seven to 10 days to stop the PLA. While the Chinese side also understands that if they want to succeed, they must prevent the U.S. from intervening or stifle U.S. military operations in the Taiwan Strait.

He noted that over the past 20 years, China has accumulated a myriad of anti-access and area denial capabilities, which can be used to deter or combat U.S. military forces that may seek to intervene. Examples include a wide array of ballistic missiles and cruise missiles, which can be used to take out U.S. bases in the Pacific, as well as anti-satellite weapons, and dense integrated air defense networks supported by warplanes.

Under such circumstances, the U.S. military may have to try to reach targets in a "contested battlespace," possibly without attaining air superiority, a scenario which is very different from the philosophy in which U.S. forces have operated during the post-Cold War era. Therefore, wargames simulating potential cross-strait conflagrations in recent years have yielded "less than encouraging results."

However, Ochmanek said that modeling conducted by RAND found that employing large numbers of drones, particularly small, low-cost products deployed as "fully-autonomous swarms using a distributed 'mesh' data-sharing network" is the key to being the victor in these scenarios. Ochmanek said that if 1,000 drones were flying above subsonic speeds over the Taiwan Strait, they could not only attack PLA aircraft but also provide a shield for expensive manned USAF F-35s, as they could form a cross-section that would be indistinguishable from the fighter jets.

He argued that a large number of UAVs could expend China's surface-to-air missile supply as they are wasted on the drones. The UAVs could also form a sensing grid that would provide U.S. fighter jets with targeting data while not having to turn on their radar, protecting them from being detected by the enemy and increasing their survivability rate.

Ochmanek said autonomous drone swarms offer a great deal in terms of flexibility and lower cost in comparison to manned warplanes. He conceded that UAVs are vulnerable to electronic warfare attacks, but added that RAND believes these challenges can be overcome through the employment of the distributed mesh network created by the swarm utilizing currently available systems. 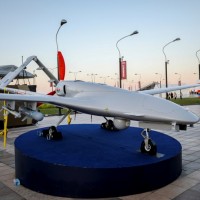 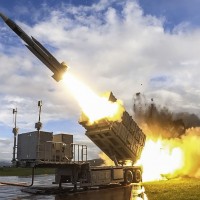