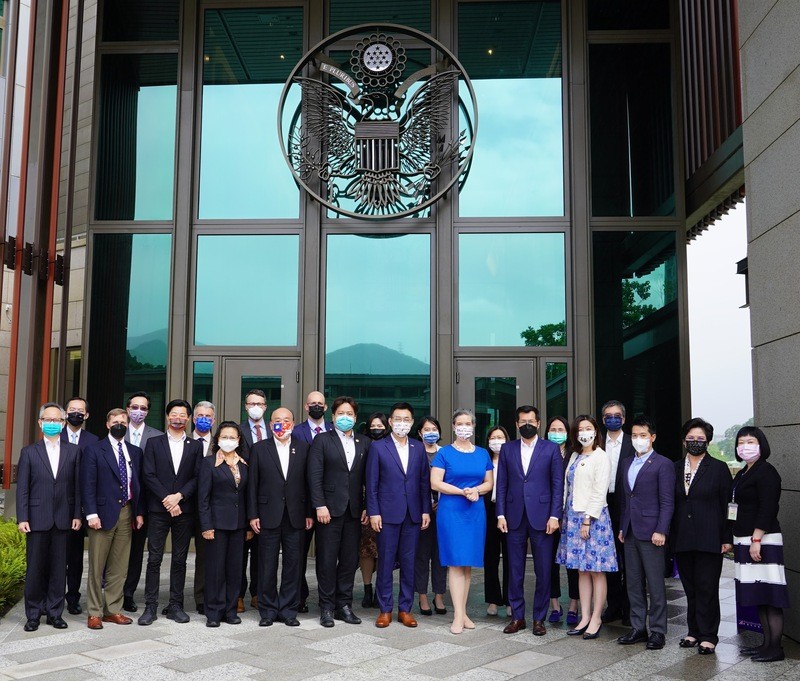 TAIPEI (Taiwan News) — During a visit to the American Institute in Taiwan (AIT) on Thursday (May 19), a multi-party delegation of lawmakers asked the United States to support Taiwan’s bid for membership of the Indo-Pacific Economic Framework (IPEF).

The group from the Legislative Yuan’s Foreign and National Defense Committee included four legislators from the Democratic Progressive Party (DPP), five from the Kuomintang (KMT), one from the Taiwan People’s Party (TPP), and one independent, CNA reported.

U.S. President Joe Biden is expected to launch the IPEF during his imminent visit to Japan and South Korea. However, uncertainty persists about whether Taiwan will be invited to join from the start.

Political and economic leaders in Taiwan have expressed strong interest in IPEF, while 52 U.S. senators wrote a letter to Biden urging him to include Taiwan as a sign of his “rock-solid commitment” to the country.

As a key part of international supply chains, Taiwan’s inclusion would signal even closer economic and trade cooperation between the two countries, lawmakers said. The delegation asked AIT to transmit their interest in Taiwan’s joining the IPEF to the government in Washington.

The legislators also expressed the hope that the process for approving U.S. arms sales to Taiwan could be shortened and simplified. Additionally, they thanked the Biden administration for its support for Taiwan’s bid to attend the World Health Assembly (WHA).