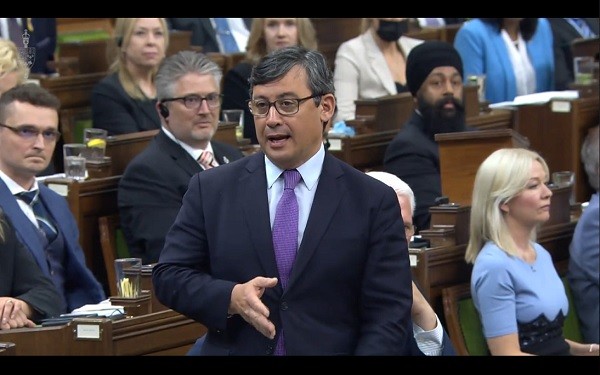 In a tweet posted that day, Chong emphasized Taiwan has been "very successful" in its handling of the pandemic and has one of the largest airports in the world. He then announced that he had asked Trudeau whether Canada would advocate for Taiwan's participation in the 75th World Health Assembly (WHA) and the 41st assembly of the International Civil Aviation Organization (ICAO).

In the video, Chong pointed out the WHA will be held next week and asked the prime minister "Does Canada support Taiwan at next week's meeting?" Next, he noted that the ICAO will be holding its triennial assembly in September and asked a similar question: "Does Canada support Taiwan's inclusion at that upcoming triennial assembly?" Prompting applause from fellow MPs in the House of Commons.

Trudeau did not directly answer either question and instead spoke in general terms: "Canada's position on Taiwan is longstanding. We support its inclusion in multilateral forums, (and) multilateral bodies to make sure that their perspective is heard."

Despite Trudeau's assurances, Canada was not among the 13 countries that proposed Taiwan be invited to take part in the WHA as an observer. However, Canadian MP Judy Sgro was among 1,504 parliamentarians from 32 European countries and Canada that signed a letter to the World Health Organization calling for Taiwan's participation in the WHA.

Taiwan has been very successful in handling the pandemic. It also has one of the world’s largest airports. Today, I asked the PM whether Canada will be advocating for Taiwan’s participation in the upcoming international health and aviation meetings.