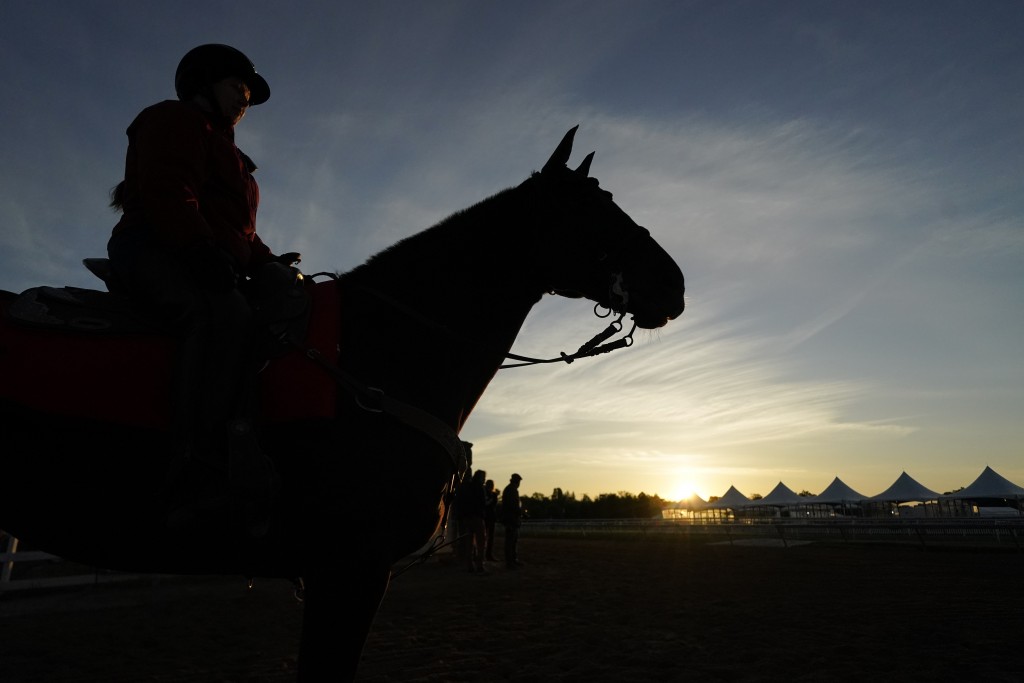 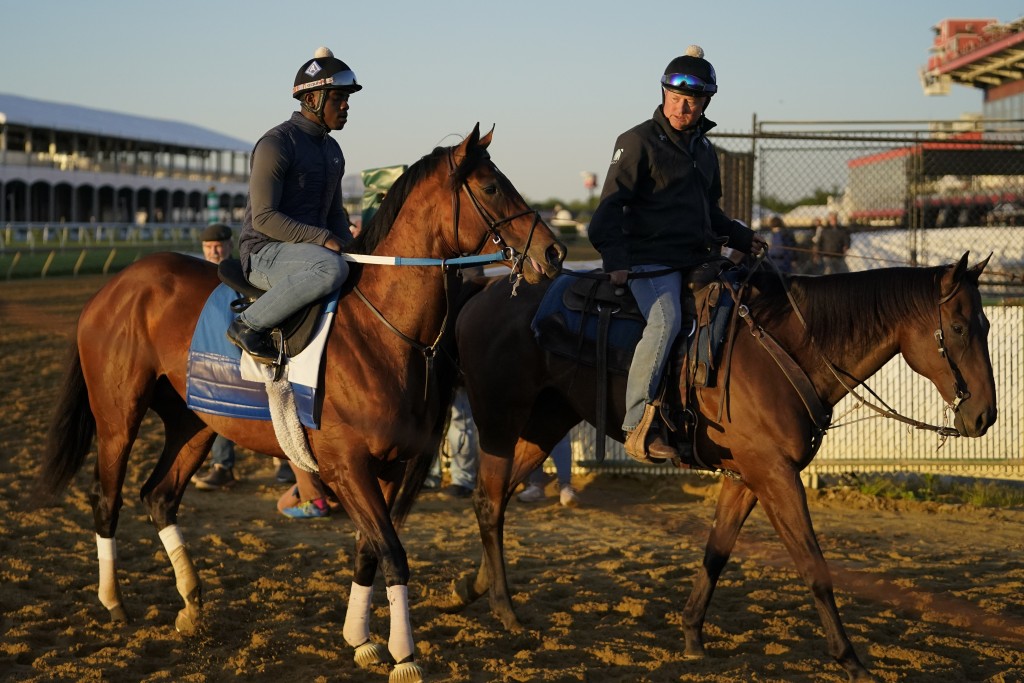 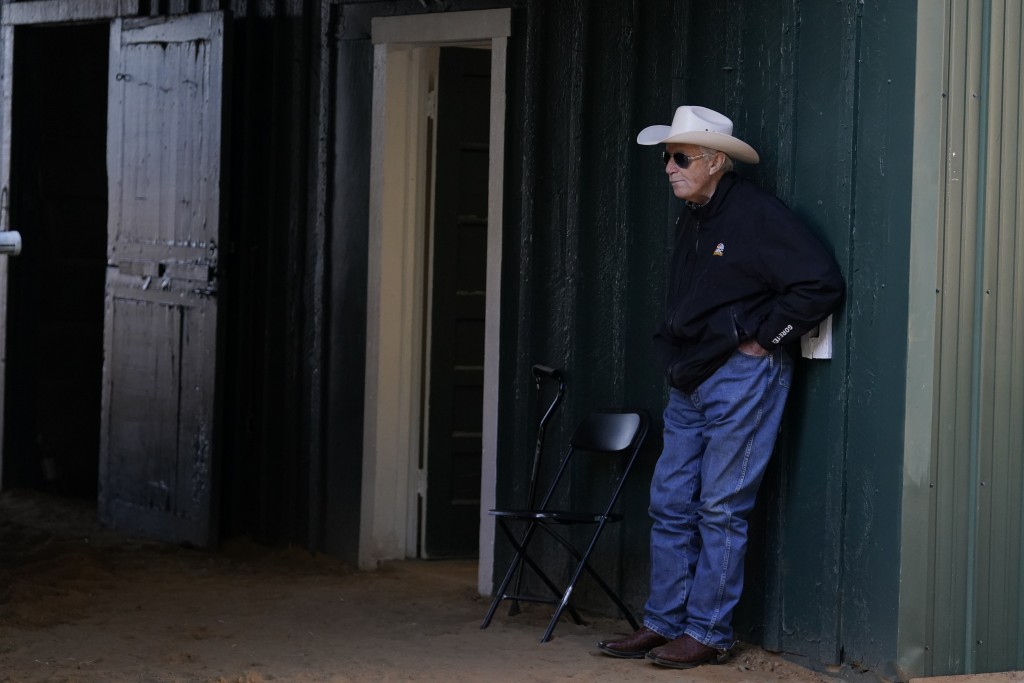 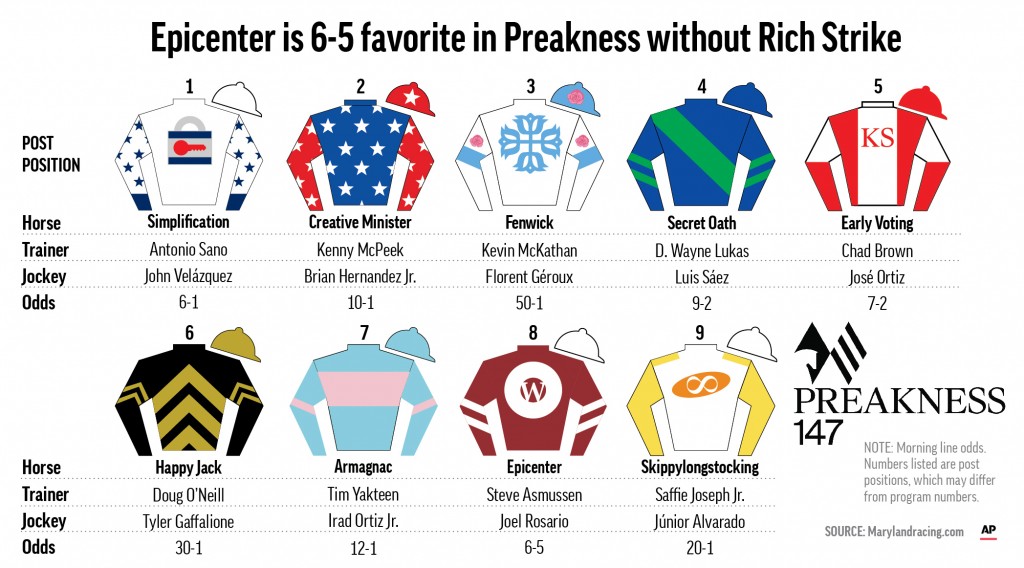 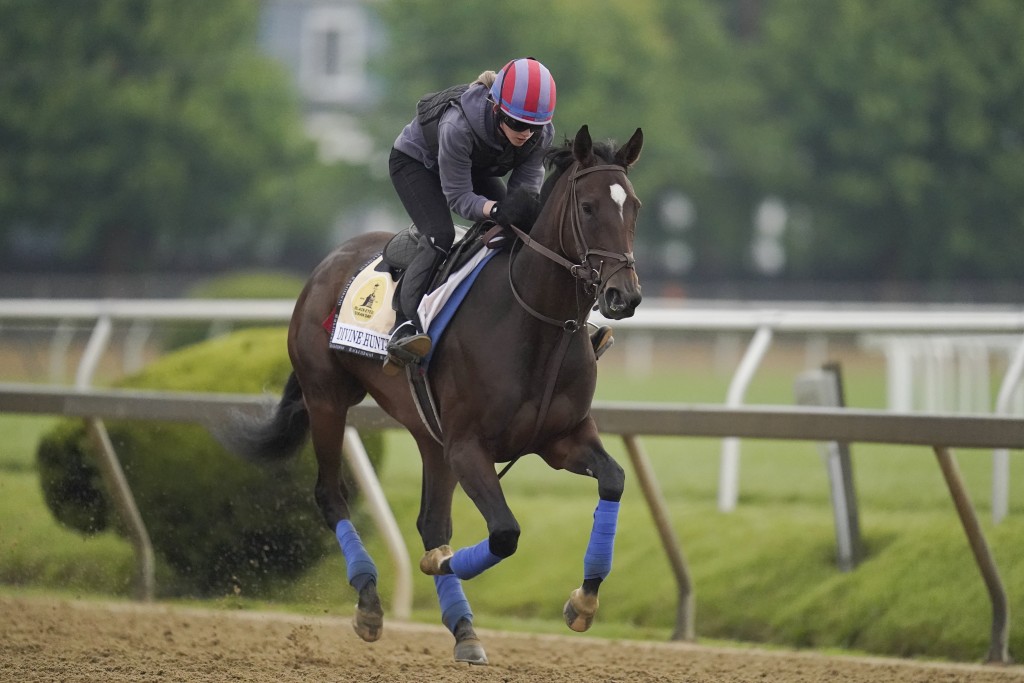 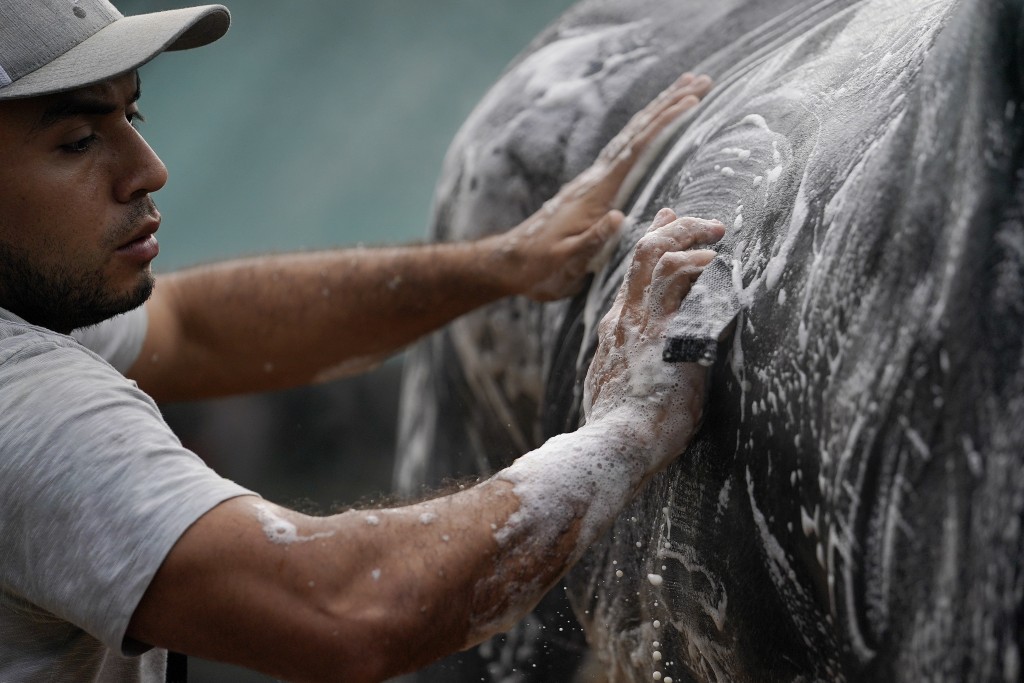 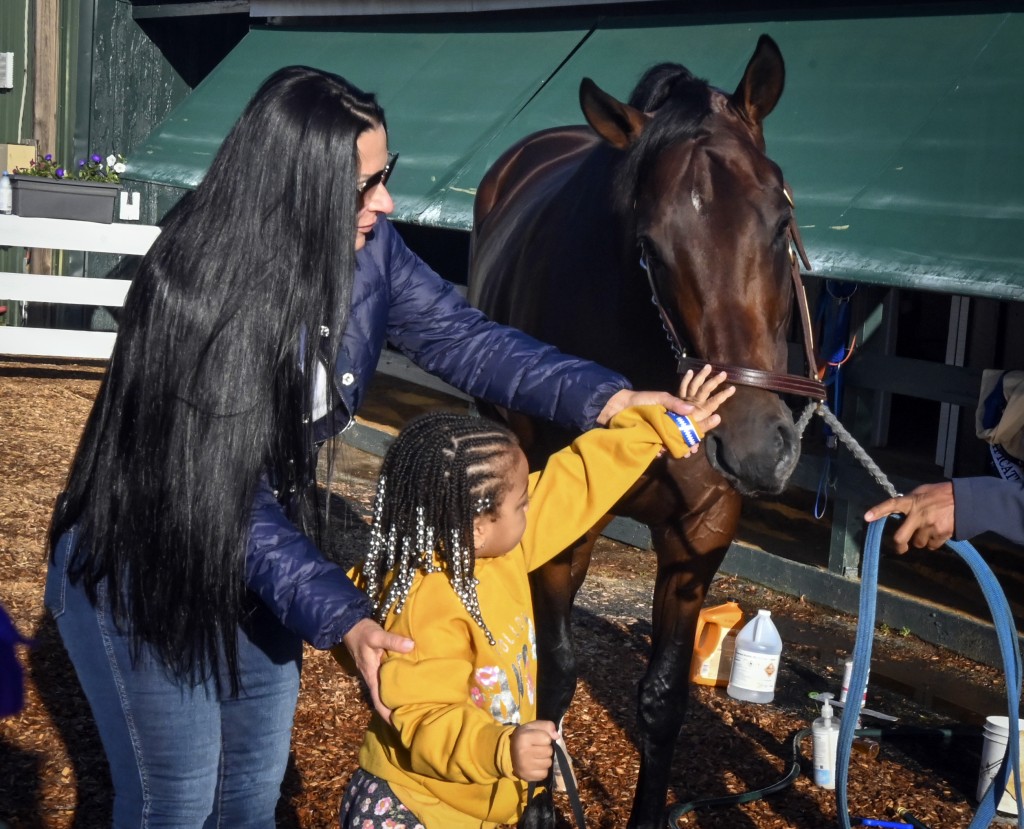 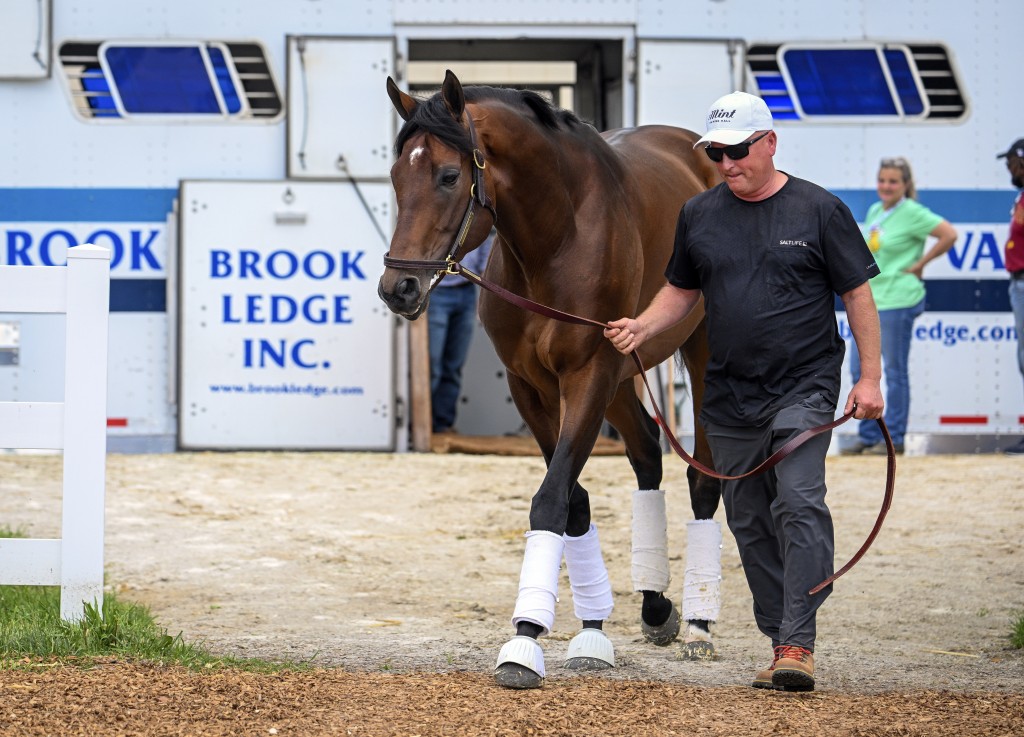 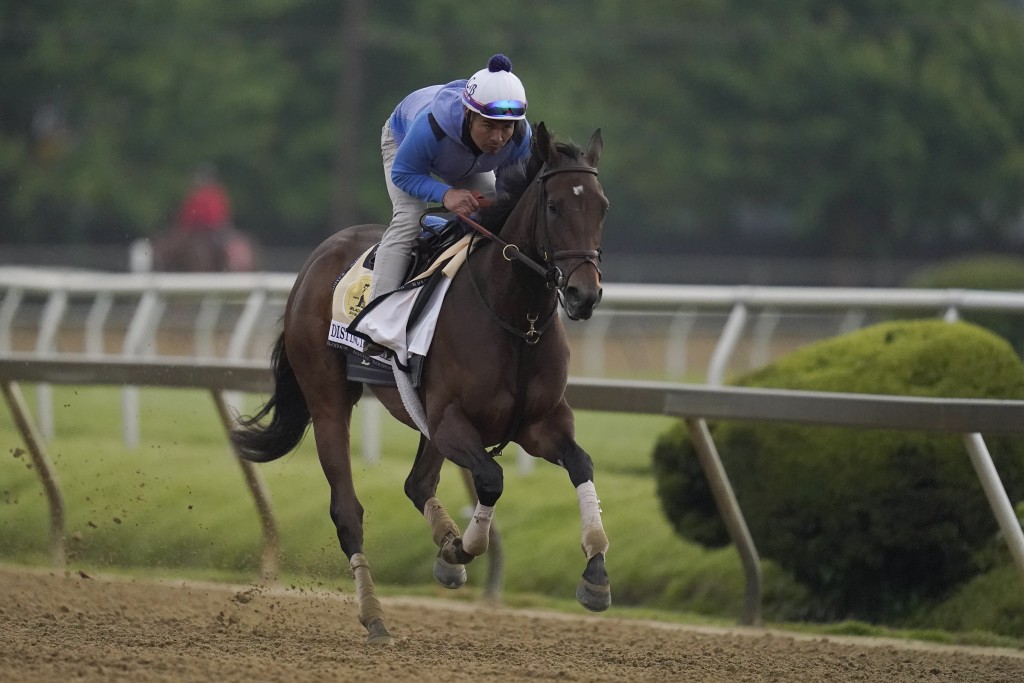 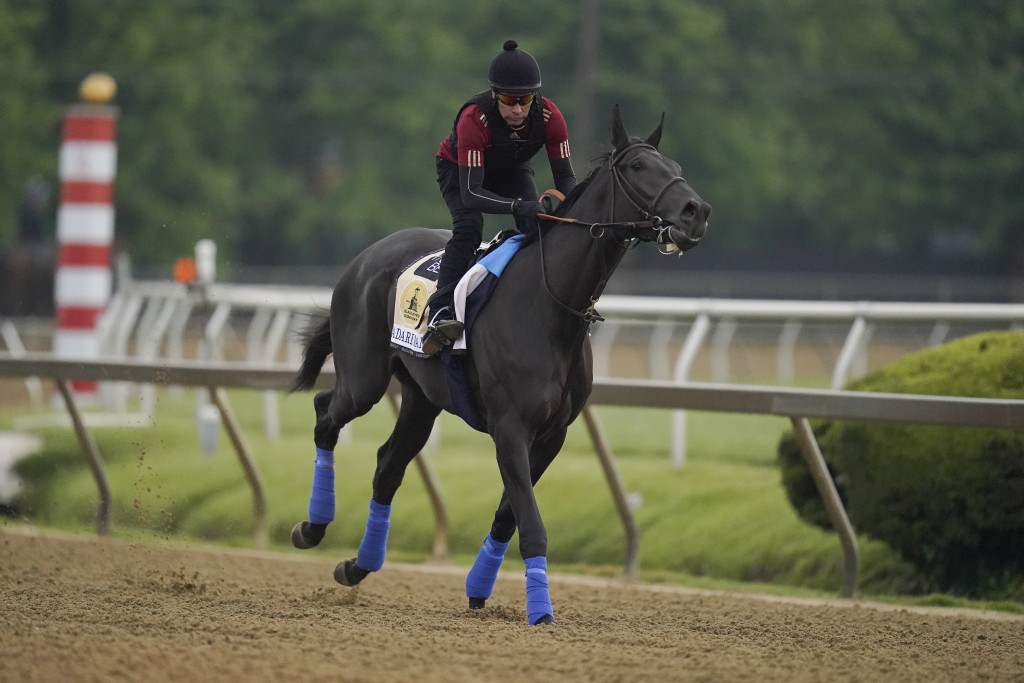 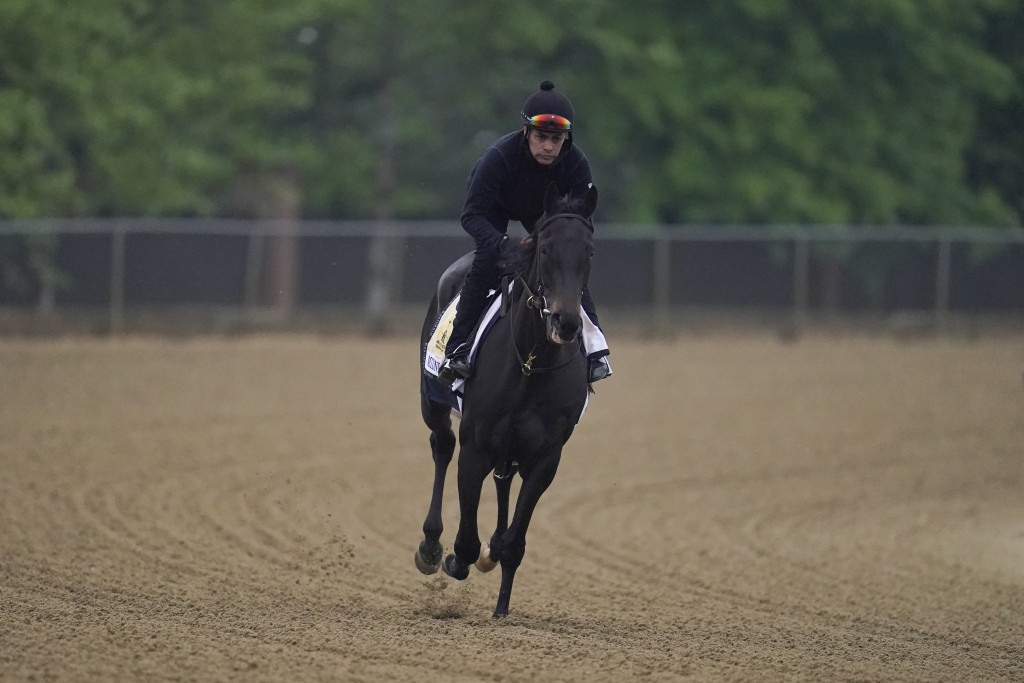 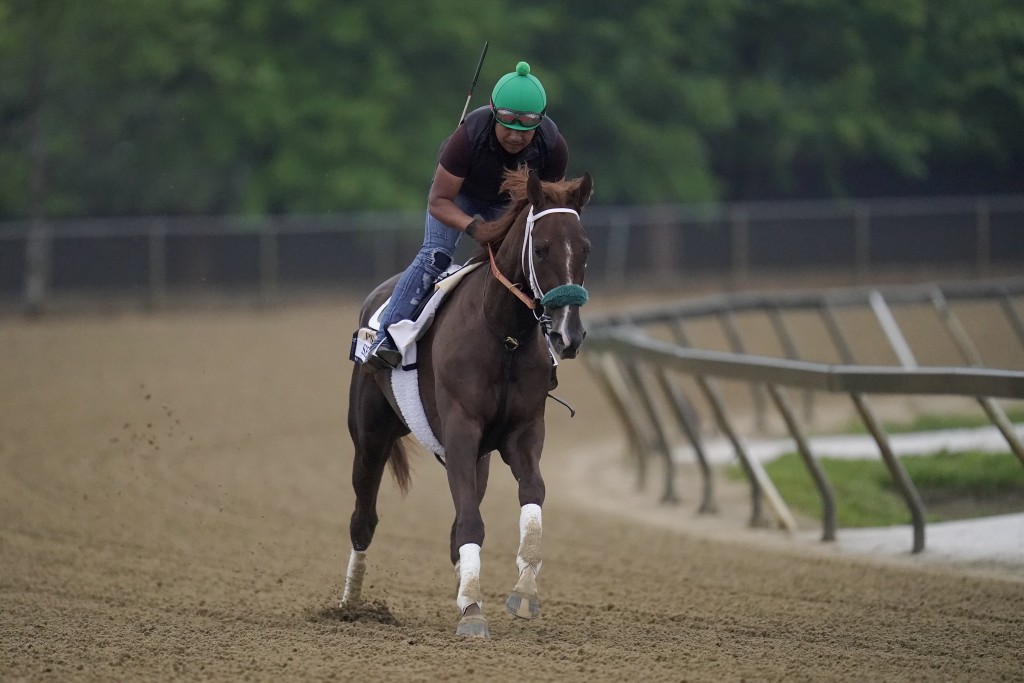 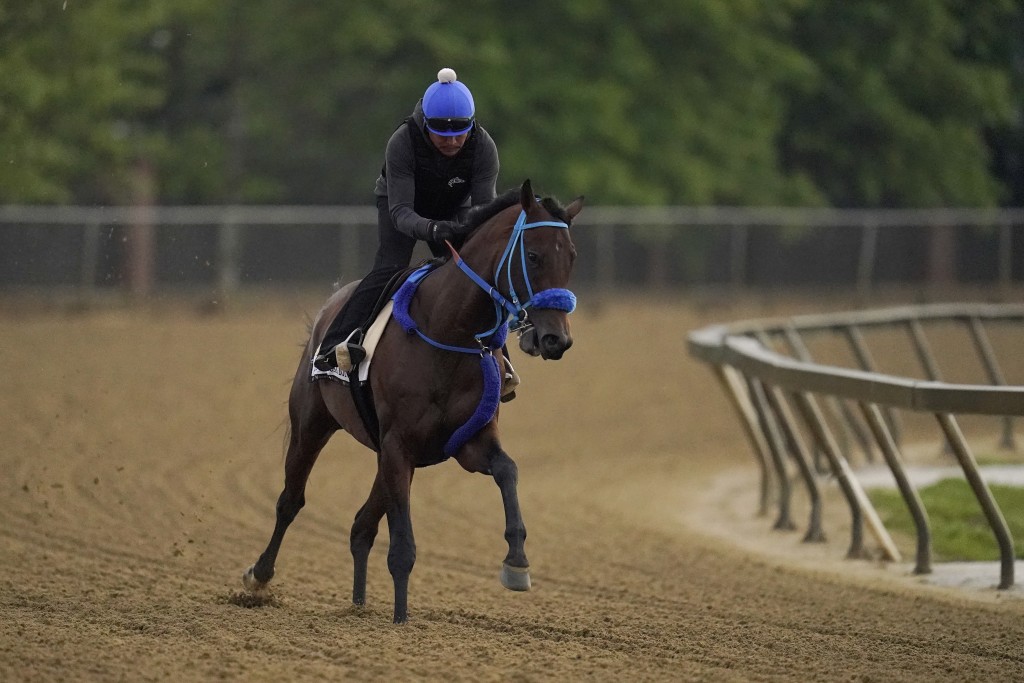 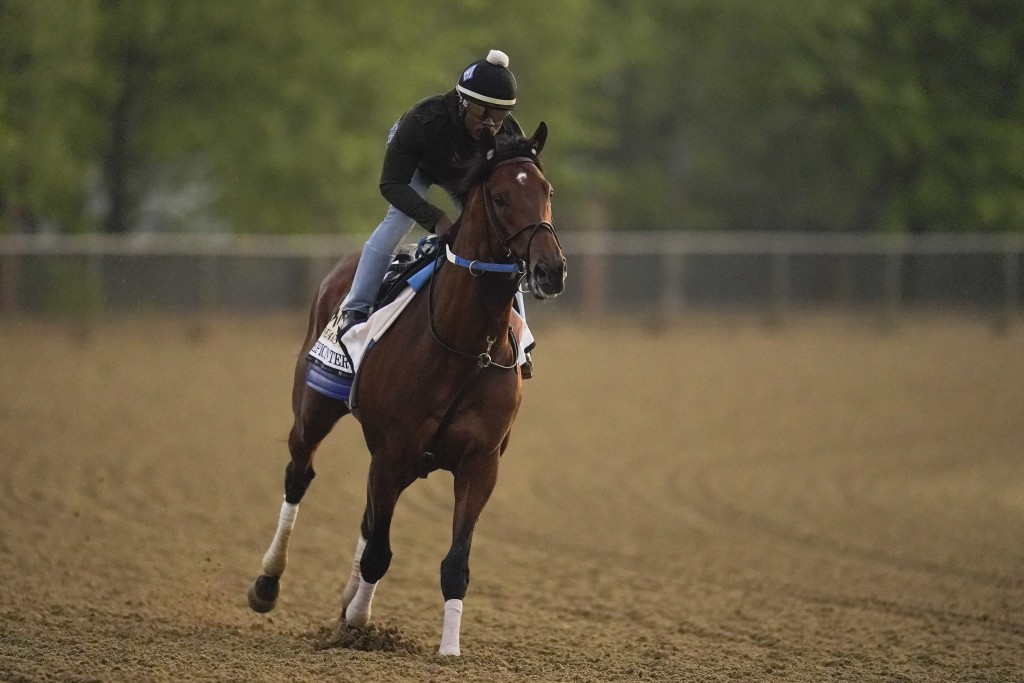 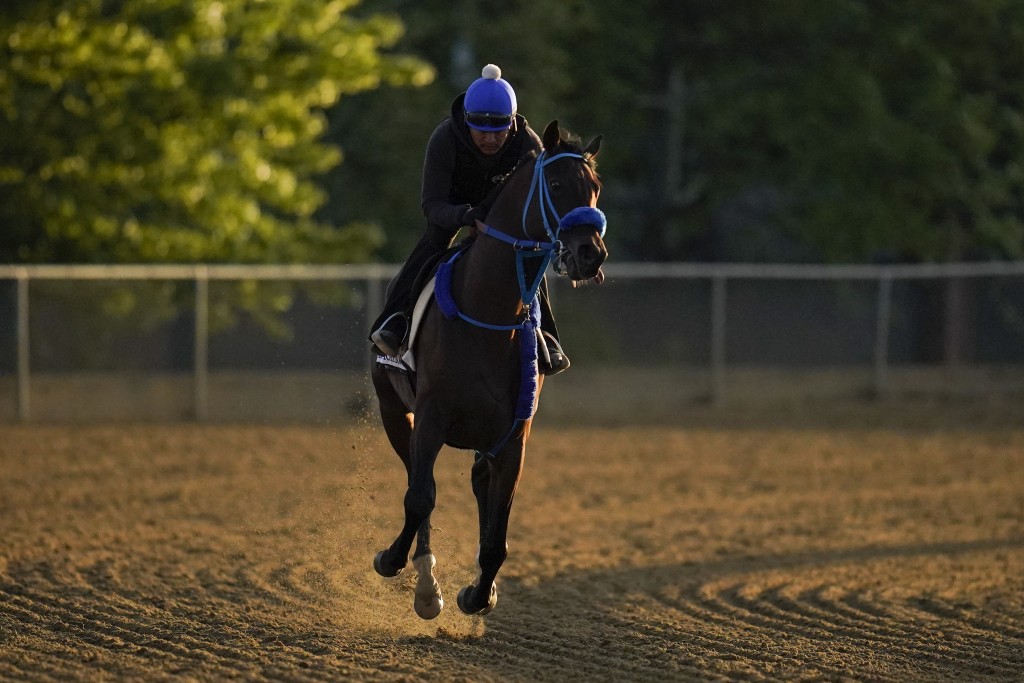 While the Kentucky Derby winner isn't at the Preakness, the tradition of the Alibi Breakfast returned Thursday to Pimlico Race Course after a two-year absence because of the pandemic. The event has evolved from its origins in the 1930s but still brings owners, trainers and other horsemen together for chicken and waffles in the kind of relaxed, lighthearted atmosphere the second jewel of the Triple Crown is known for after the intensity of the Derby.

“Everybody lightens up a little bit," said Lukas, the 86-year-old Hall of Fame trainer who is aiming for a record-tying seventh Preakness victory with filly Secret Oath. “When you get through the Derby, everybody exhales and thinks, ‘Well OK, now that’s over’ and they start coming here. And the camaraderie of everybody sharing the locker room, it changes the whole dynamic of the whole thing.”

Years ago, the Alibi Breakfast gave owners and trainers the opportunity to boast about their horses and provide cheeky reasons why they might not win. In 2019, Lukas zinged trainer Mark Casse by saying they combined with Bob Baffert for 29 Triple Crown victories: 14 for Lukas and 15 for Baffert.

Casse joined the club two days later, making it 30 by winning the Preakness with War of Will. “We kissed him right in,” Lukas said.

This year, Lukas poked a bit of fun at fellow trainer Kenny McPeek — but mostly himself.

“Coming back here ages me a little bit,” he said. “There’s three signs of old age: The first one is loss of memory. I can’t remember the other ones.”

Saffie Joseph, who made his Preakness debut with Ny Traffic in 2020 when the race was run in October without fans, didn't even know the tradition existed.

“Last time it had none of this,” Joseph said. “It was the best. (Lukas) had all those jokes. It was better than going to a comedy show. He cracks everyone up, and it’s great to listen to all these stories.”

Seconds after 80-1 long shot Rich Strike won the Kentucky Derby, the wheels were turning in Lindsay Schanzer's head about how to tell that unlikely story at the Preakness. She wondered, “How fast can we get a crew down to Kentucky to tell the story of Eric Reed and what he went through, meet Sonny Leon, who people really had never heard of before.”

When owner Rick Dawson decided to abandon the chance at a Triple Crown and not run Rich Strike in the Preakness, NBC Sports' senior horse racing producer had to adjust her plans. It's something she has gotten used to, especially after 2021 Derby winner Medina Spirit tested positive for a substance not allowed on race day in Kentucky and Baffert's absence cast a shadow over the event a year ago.

“That’s what I’m most excited about,” Schanzer said. “We don’t really get an opportunity often to tell a story of a filly going up against the boys.”

One horse previously trained by Baffert is running in the Preakness for new trainer Tim Yakteen. Armagnac was a late entry into the race and doesn't have nearly the pressure nor the expectations of Derby horses Taiba and Messier, who Yakteen also inherited from the two-time, Triple Crown-winning trainer.

Baffert is currently serving a suspension in Kentucky for medication violations that’s being observed by Maryland and several other states. Yakteen is in charge of Armagnac at Pimlico.