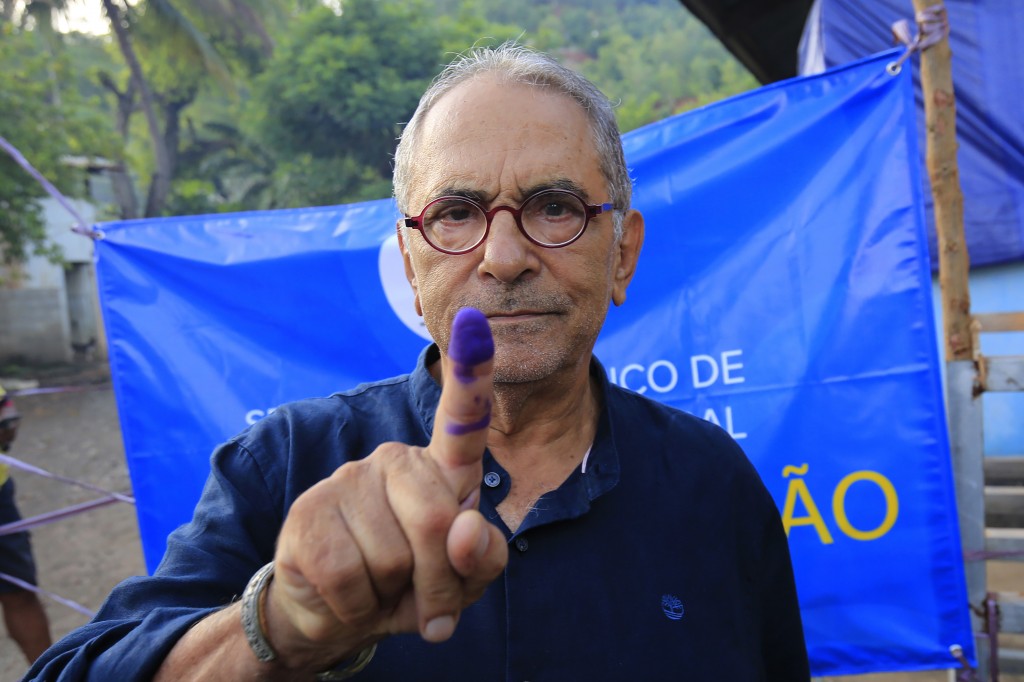 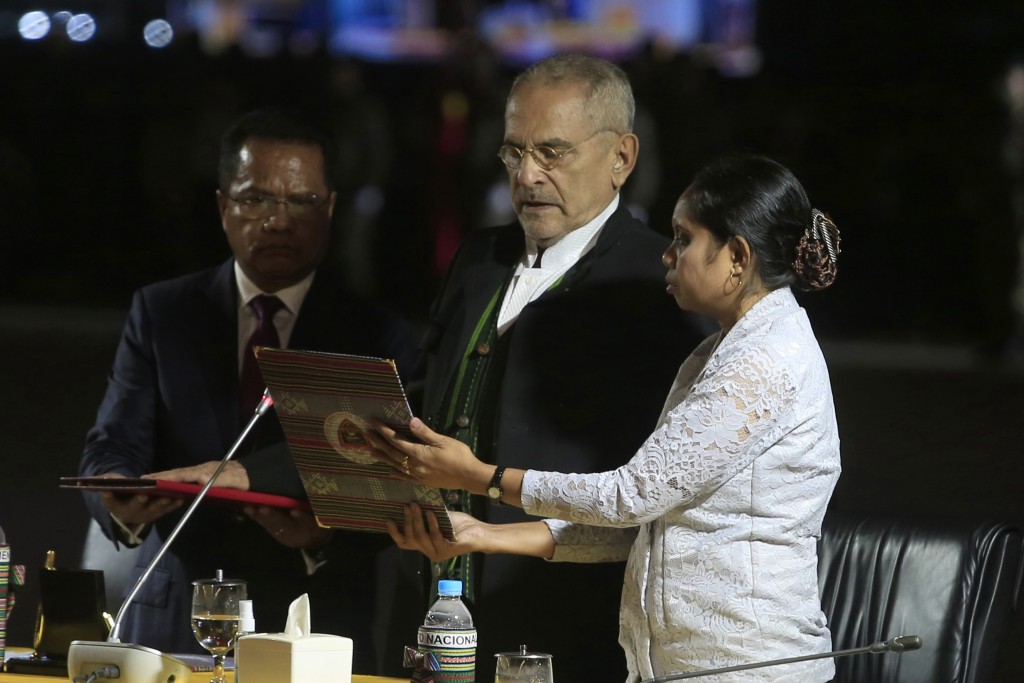 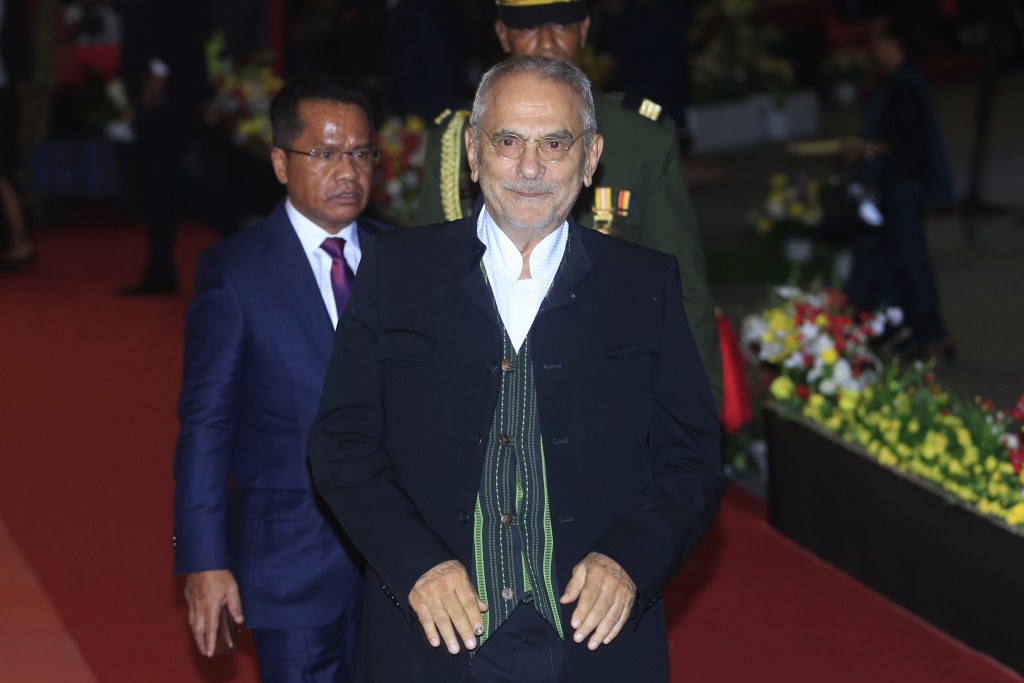 Crowds cheered as he then traveled by motorcade to Parliament, where a ceremony kicked off nationwide festivities commemorating independence from Indonesia, which invaded the former Portuguese colony in 1975.

Ramos-Horta, 72, who led the resistance during Indonesia’s occupation, called for national reconciliation and unity as he took the oath of office shortly before midnight, the time the country declared independence 20 years ago.

“Today more than ever, we must be fully aware that only in unity will be able to achieve the development goals that we propose,” he said.

East Timor’s transition to a democracy has been rocky, with leaders battling massive poverty, unemployment and corruption as the country continues to struggle with the legacy of its bloody independence battle and bitter factional politics that have occasionally erupted into violence. Its economy is reliant on dwindling offshore oil revenues.

Ramos-Horta pledged to reduce poverty, improve health services for mothers and children, and promote a dialogue to restore political stability. He said he expects East Timor to become the 11th member of the regional bloc the Association of Southeast Asian Nations in the next two years.

Portuguese President Marcelo Rebelo de Sousa and Indonesian Coordinating Minister of Political, Law and Security Affairs Mohammad Mahfud were among those who attended the inauguration.

Ramos-Horta defeated incumbent Francisco “Lu Olo” Guterres, his fellow independence fighter, in an April 19 election runoff. He held a commanding lead among 16 candidates in the first round, but didn't receive the 50% threshold required for victory.

More than 76% of the votes went to resistance-era figures, showing how much they continue to dominate politics after two decades.

“He is a great hero in the era of our struggle for independence,” Aderito Herin Martins, a resident of the capital, Dili, said of Ramos-Horta. “Now it’s time for him to work on the critical issues of poverty and unemployment that still face our country as he promised in his campaign.”

The U.N. estimates that nearly half of East Timor’s population lives below the extreme poverty line of $1.90 a day, and for every 1,000 babies born in the country, 42 die before their fifth birthday because of malnutrition.

Residents voted overwhelmingly for independence in a 1999 referendum held under U.N. auspices, despite widespread Indonesian intimidation and violence. The vote had been unexpectedly offered by an overconfident Indonesian government following a long-running but largely fruitless resistance struggle.

Indonesia’s military responded to the referendum results with a scorched-earth campaign that left East Timor devastated. Australia spearheaded a U.N. military mission to restore order from the chaos as the Indonesian forces left.

It took almost three more years for the half-island nation of just over 1 million people to become an independent and sovereign country on May 20, 2002.

Ramos-Horta lived in exile for almost three decades and returned to East Timor at the end of 1999, after he and Bishop Carlos Felipe Ximenes Belo were awarded the Nobel Peace Prize in 1996 in recognition of their work "toward a just and peaceful solution to the conflict” in the country.

Ramos-Horta, who was prime minister from 2006 to 2007 and president from 2007 to 2012, and Guterres have blamed each other for years of political paralysis.

In 2018, Guterres refused to swear in nine Cabinet nominees from the National Congress of the Reconstruction of East Timor, known as CNRT, a party led by former prime minister and independence leader Xanana Gusmao, who then backed Ramos-Horta’s run for president.

Guterres is from the Revolutionary Front for an Independent East Timor, known as Fretilin, which led resistance to Indonesian rule.

Fretilin accused Ramos-Horta of causing a crisis as prime minister in 2006, when dozens were killed as political rivalries turned into open conflict on the streets of Dili.

Both Ramos-Horta and Gusmao were targeted in assassination attempts in 2008 by rebel soldiers. Ramos-Horta was shot in the stomach. After leaving the government in 2012, he worked with the United Nations.

Tensions between Fretilin and CNRT, the two largest parties, in the past four years led to the resignation of Prime Minister Taur Matan Ruak in February 2020 after the government repeatedly failed to pass a budget.

But he agreed to stay on until a new government was formed and to oversee the battle against the coronavirus pandemic. His government has operated without an annual budget and has relied on monthly injections from its sovereign fund, called the Petroleum Fund.