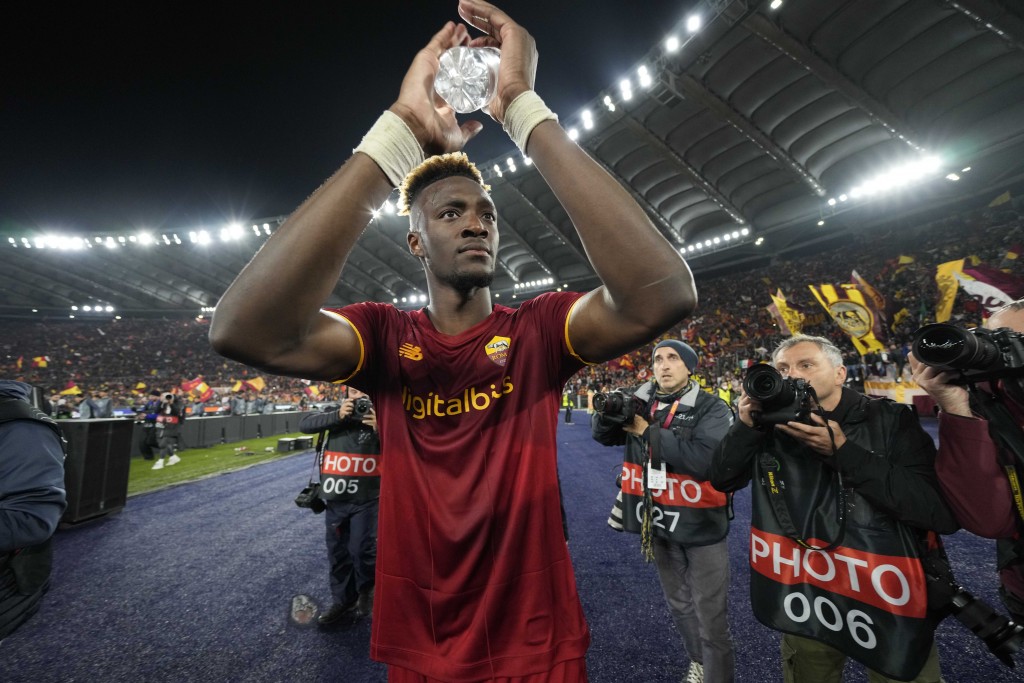 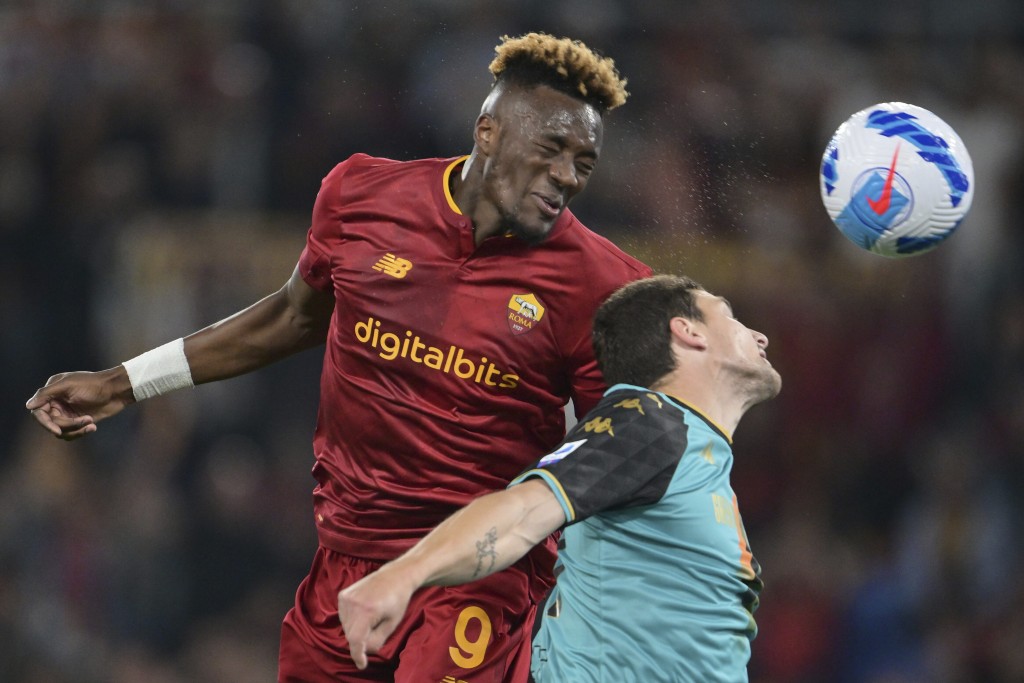 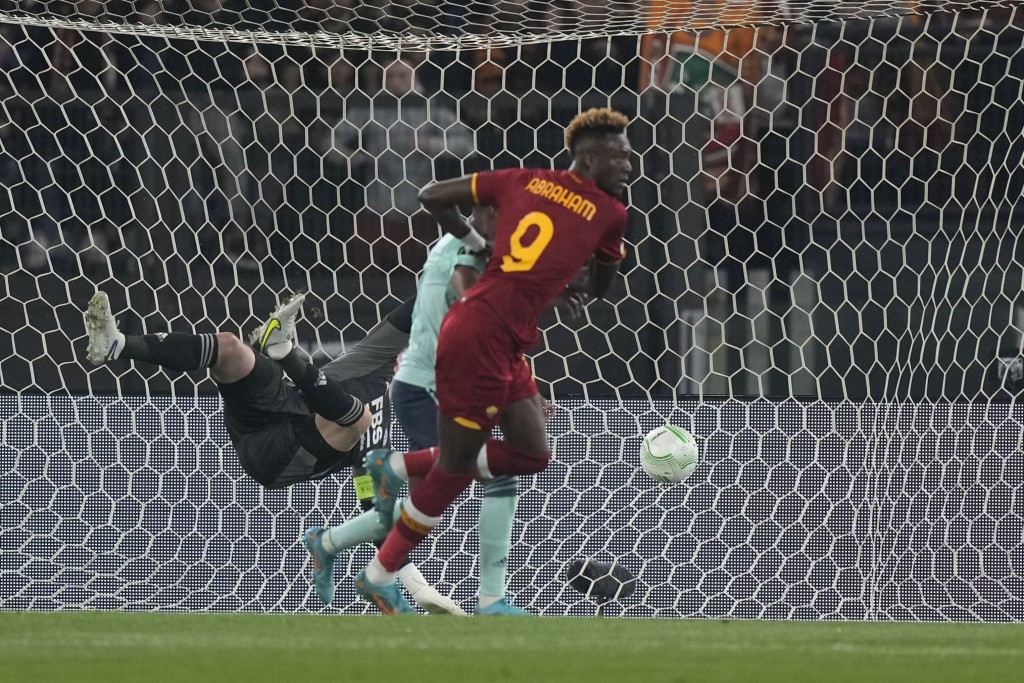 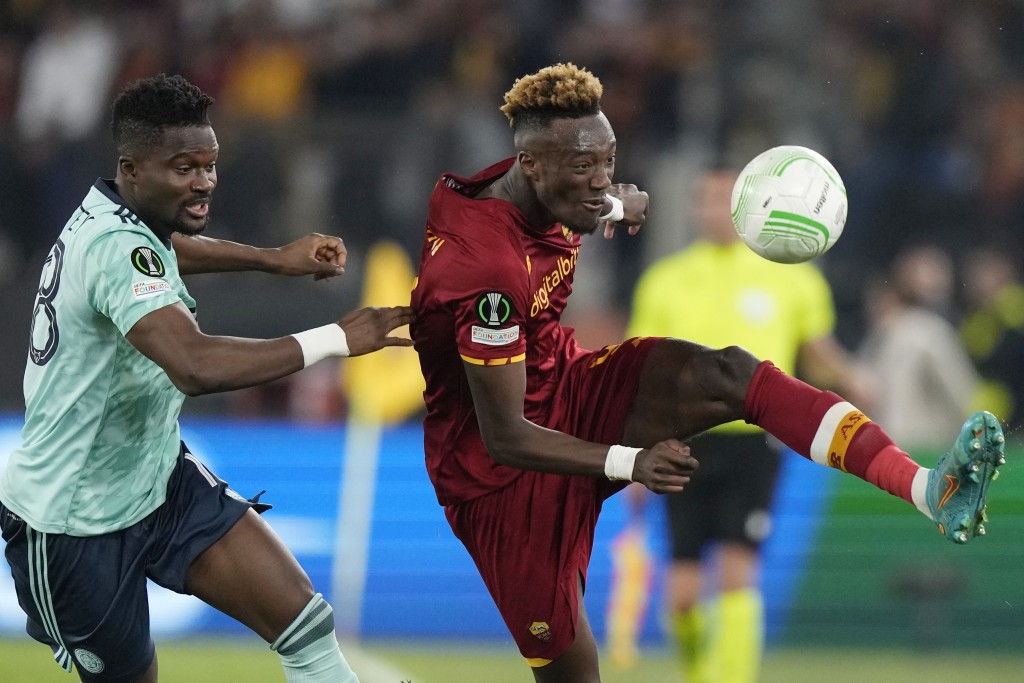 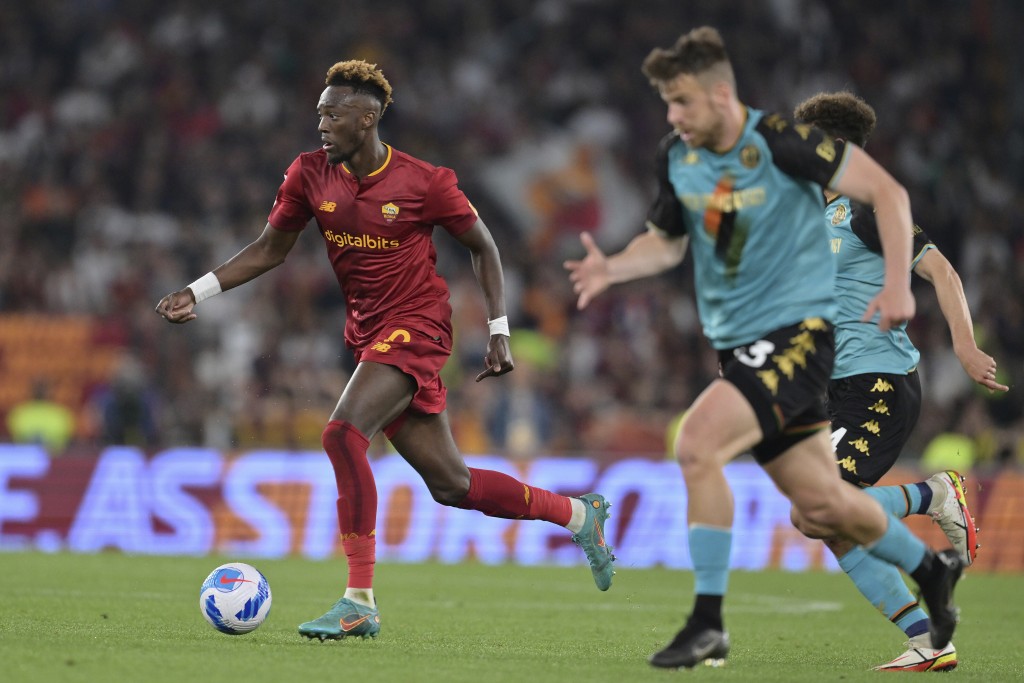 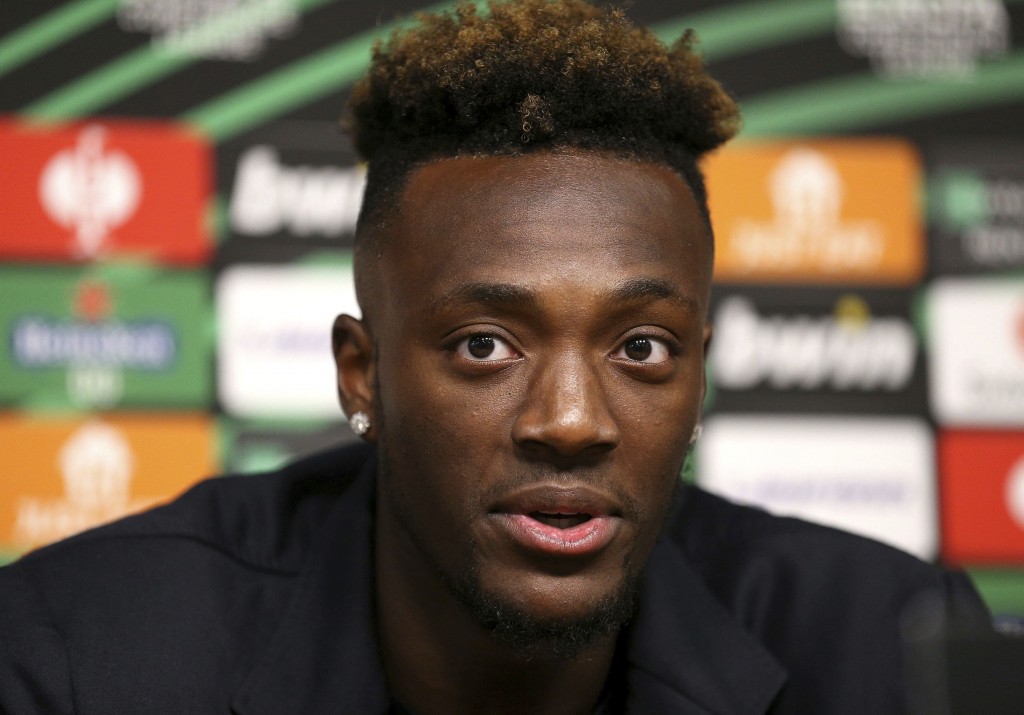 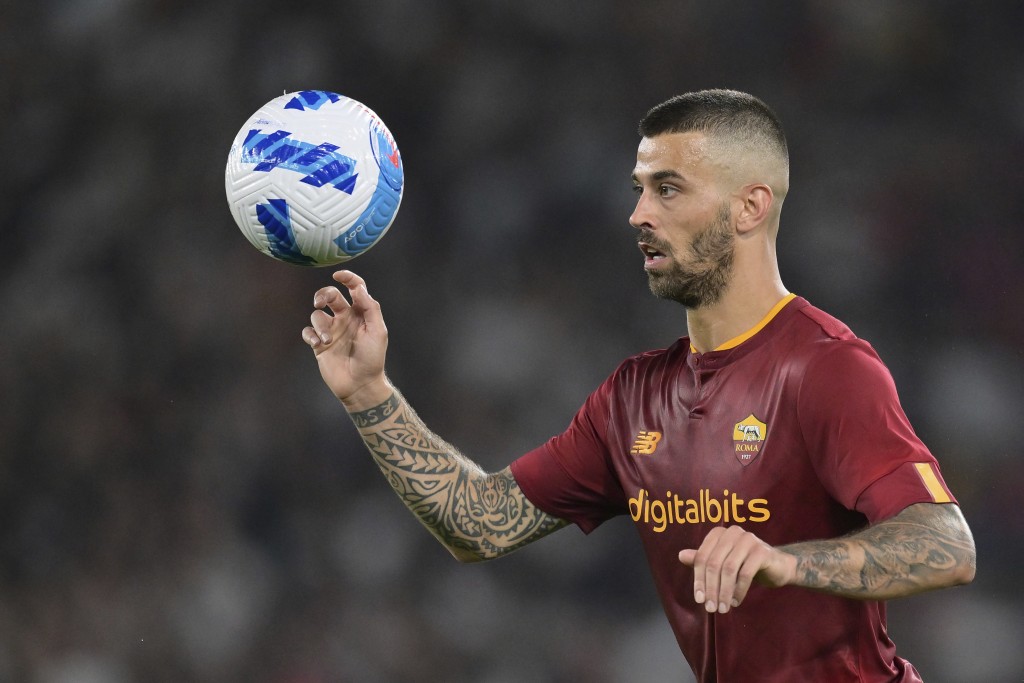 ROME (AP) — Call it what you want — a third-tier competition, or even a “coppetta” (Italian for “small cup”) — the final of the inaugural edition of the Europa Conference League represents a big opportunity for Roma striker Tammy Abraham.

A year ago, Abraham wasn’t even given a spot on the bench when his Chelsea team won the Champions League.

But after a breakout season under José Mourinho at Roma, reaching next Wednesday’s final against Feyenoord in Tirana, Albania, shows why the 24-year-old Abraham was right to leave the London club that he was associated with for 16 years.

“For me it’s not a little cup. I believe every final is a final — no matter what competition it is,” Abraham told The Associated Press and one other news agency. “You get to the final you want to win the final. It’s a trophy and these are the moments you look back on in your career, saying you want to win trophies.

With his 6-foot-3 (1.90-meter) frame, Abraham has proved capable finishing both in the air and on the ground. He has scored 24 goals in all competitions this season: 15 in Serie A, nine in the Conference League — including the deciding goal in the semifinal win over Leicester — and one in the Italian Cup.

When Mourinho convinced Roma to spend 40 million euros ($44 million) on Abraham in August, the forward was an unknown commodity in Italy. But Mourinho knew Abraham from his time at Chelsea, long before Abraham fell out of favor under Thomas Tuchel midway through last season.

“For me, he’s been one of the best coaches in the world for a very long time,” Abraham said of Mourinho. “When I spoke to him on the phone he had ambitions, the club had ambitions and a mindset of where they want to get to. For him to take a club to a final, which they haven’t been in many years, you can only see how well he’s doing and how well we’re doing.”

It will be Roma’s first European final since losing the 1991 UEFA Cup trophy to domestic rival Inter Milan. Roma also lost a penalty shootout against Liverpool in the 1984 European Cup final in its home stadium.

The only European trophy Roma has won came in 1961 in the Inter-Cities Fairs Cup — a tournament considered to be the precursor to the UEFA Cup and Europa League.

“This is a giant club without the trophy room in relation to the social dimension of the club,” Mourinho has said of the team.

Abraham has embraced the passion of Roma’s fans and club officials since Day 1.

“As soon as I touched down in Rome, they made me feel like one of their own straight away. It was the love, the passion, the way they welcomed me,” he said. “I told myself, ‘I’ll give my blood, sweat, tears for this club,’ and it’s been an amazing year — a long season.”

Before the final, Roma concludes Serie A at Torino on Friday still looking to seal a spot in Europe. If Roma doesn’t secure a top-seven finish, the Giallorossi will have to win the final over Feyenoord to earn a spot in the Europa League.

Abraham is one of three English players on Roma's team, alongside defender Chris Smalling and midfielder Ainsley Maitland-Niles. Between Mourinho’s vast Premier League experience and former Manchester United and Arsenal midfielder Henrikh Mkhitaryan, the influence from the world’s top domestic league is strong.

“We have a good mix here. We have Italian players who have played here their whole lives. We have players who’ve played in England as well,” Abraham said. “It’s a great bunch of lads all coming together. We need to make the last two games a very special moment to top everything off.”

Almost a year after rupturing his Achilles tendon during the quarterfinals of Italy’s run to the European Championship, speedy fullback Leonardo Spinazzola has returned for Roma.

International onlookers might remember Spinazzola celebrating in crutches when the Azzurri won the Euro 2020 final over England.

“Whether I was playing or not, I gave my contribution and I want to give it next Wednesday, too,” said Spinazzola, who played in the first half of a 1-1 draw with Venezia last weekend. “The important thing is to raise the trophy — even if I play only one minute or stay on the bench for 90 minutes.”

Spinazzola likened Roma’s unity to last year’s Italy team, although he has some communication problems with Abraham and the other foreign players.

“I have a hard time speaking English,” Spinazzola said, “so sometimes I have to get by with hand gestures.”