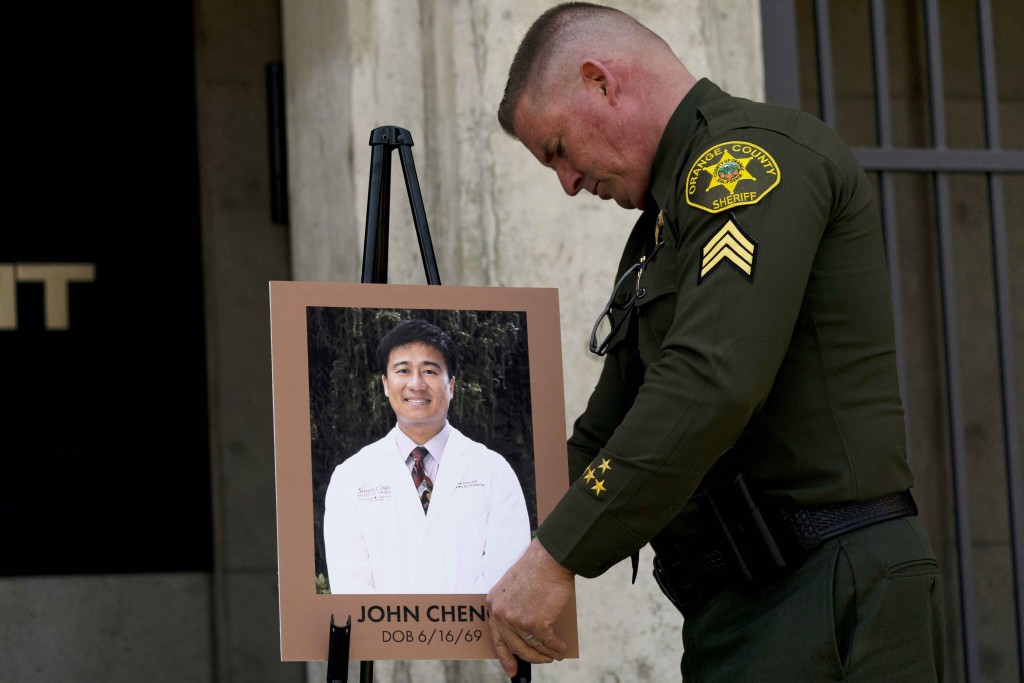 After reading pastor Billy Chang’s (張宣信) first-hand account of what happened during the Laguna Woods church shooting in California, it came to my mind that it was a hate crime.

He chained up the door to kill every member of the Taiwanese Presbyterian church. He had prepared Molotov cocktails to destroy the crime scene and all evidence.

Police in the U.S. have arrested the suspect, 68-year-old David Chou, who faces murder and attempted murder charges. However, there should also be a terrorism investigation in which the authorities search for accomplices.

The gunman is a supporter of radicalism tied to a pro-Beijing, anti-independence group in the U.S. He is reportedly a member of the Chinese-led National Association for China’s Peaceful Unification (NACPU). U.S. authorities cannot overlook this in their investigation.

Aside from having the FBI investigate, the U.S. authorities should also put anti-Taiwan independence organizations and individuals within the country under surveillance. These are necessary preventive measures.

What is incredible is that the Taiwanese administration has not taken any action so far. If this act of terrorism was an organized criminal activity related to China, the Taiwanese government must work with the U.S.

It should escalate the issue and send a national security-level investigation team to assist with the investigation.

Some media outlets have shifted the focus to the issue of U.S. gun policy, which is a distraction intended to shift the focus off the parties responsible. Additionally, framing the incident as simply a case of "Taiwanese killing Taiwanese in the U.S.” is a malicious attempt to manipulate public opinion.

The only thing that brings comfort is that when the Taiwanese were unexpectedly attacked, they did not surrender. Taiwanese-American doctor John Cheng (鄭達志) charged the gunman and took three hits, and pastor Billy Chang ran over to hurl a chair and subdue the gunman.

Cheng’s courageous spirit and Chang’s fearless decisiveness are excellent demonstrations of the Taiwanese nature of fighting back.