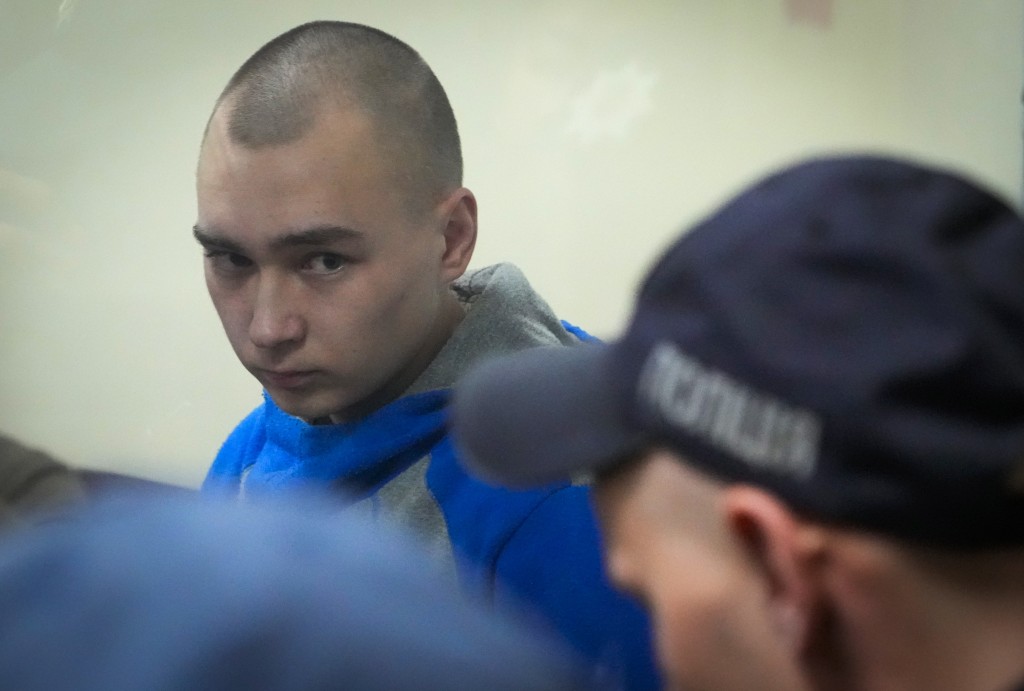 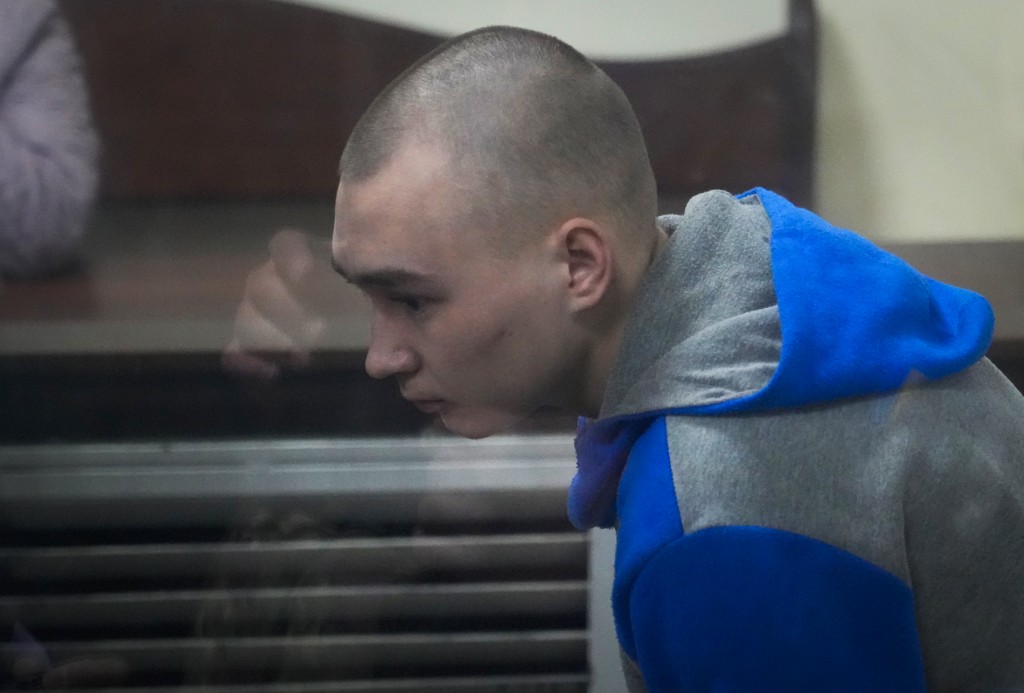 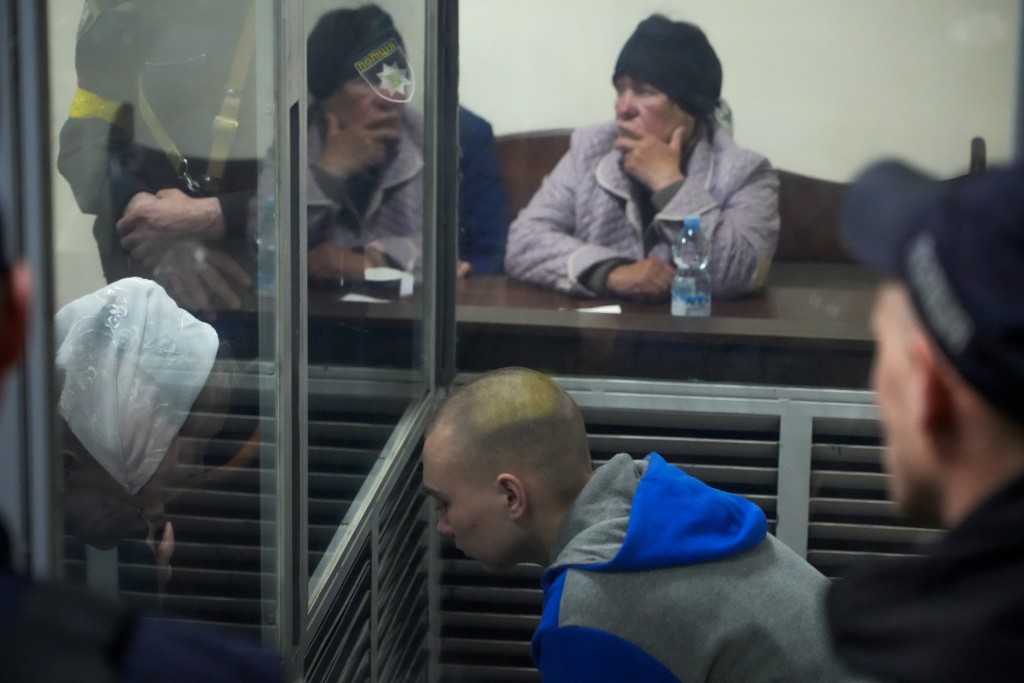 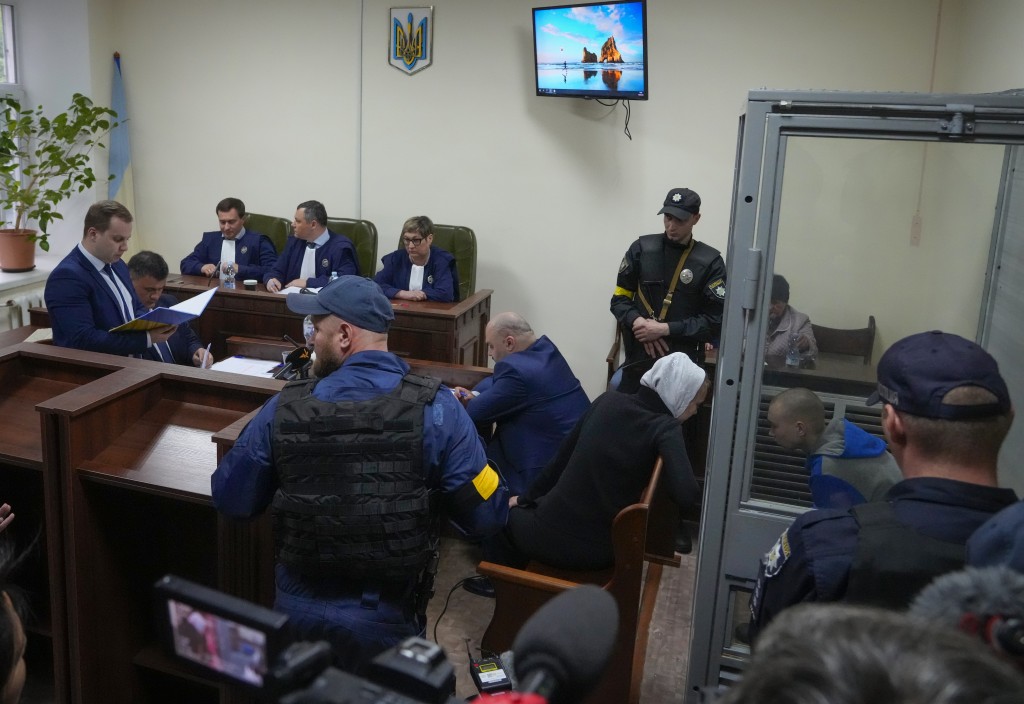 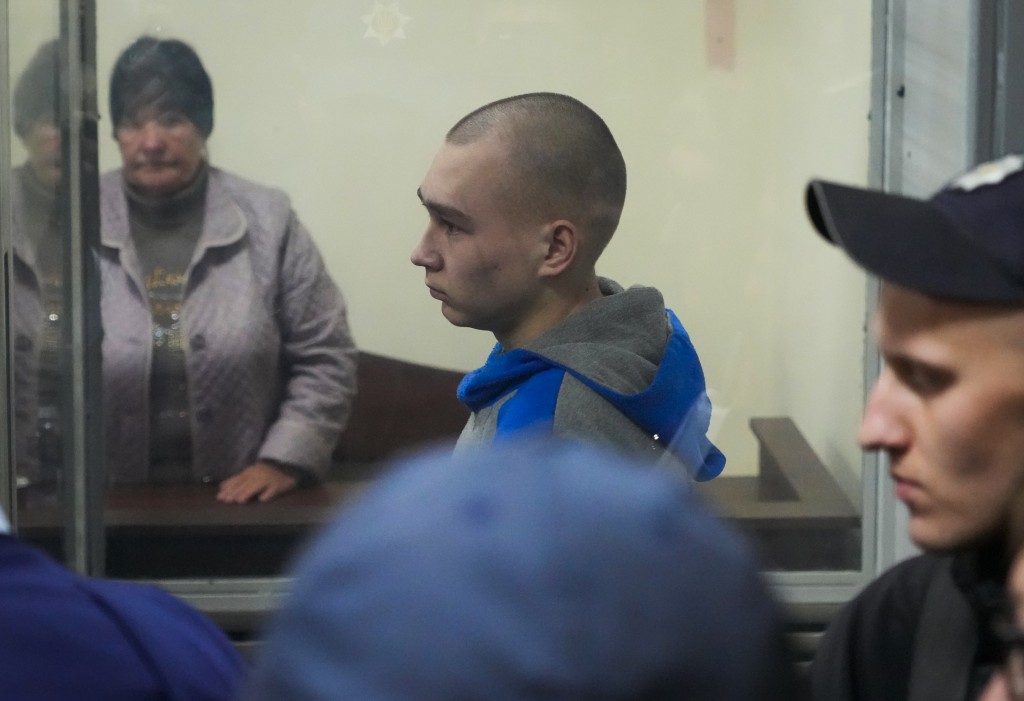 Sgt. Vadim Shishimarin could get life in prison for allegedly shooting a a 62-year-old Ukrainian man in the head through an open car window in the northeastern Sumy region on Feb. 28, four days into the invasion.

Shishimarin, a captured member of a Russian tank unit, was prosecuted under a section of the Ukrainian criminal code that addresses the laws and customs of war.

“The ... accused Shishimarin fully admitted the guilt of the crime in accordance with all circumstances established during the pre-trial investigation and announced by the prosecution during the trial today,” prosecutor Yaroslav Uschapivskyi said.

“(Shishimarin) was instructed (to shoot a civilian) by a person who wasn’t his direct commander or a person whose instructions he was obliged to follow," Uschapivskyi added. “So it’s not correct to say that there was some sort of order.”

It was not immediately clear how many of the suspects are in Ukrainian hands and how many would be tried in absentia.

As the inaugural war-crimes case in Ukraine, Shishimarin’s prosecution was being watched closely. Investigators have been collecting evidence of possible war crimes to bring before the International Criminal Court in The Hague.

Victor Ovsyanikov, Shishimarin’s attorney, said Wednesday that despite the guilty plea he believed the soldier's actions were “wrongly qualified.”

“He read the indictment and agreed with what was laid out there," Ovsyanikov said. "But the man who doesn’t understand legal nuances or the rules on qualification of the articles, he can say ‘yes, that’s how it was.’ ... I have certain objections to what is laid out there.”

Ovsyanikov added that he had spoken to the defendant's mother, who asked about the soldier's condition and the court case.

“I gave her all necessary explanations and that’s it,” he said.

Venediktova’s office has said it was looking into more than 10,700 potential war crimes involving more than 600 suspects, including Russian soldiers and government officials.

Shishimarin's trial opened Friday, when he made a brief court appearance while lawyers and judges discussed procedural matters. After his plea on Wednesday, the proceedings were continued until Thursday, when the trial is expected to resume in a large courtroom to accommodate more journalists.

Ukrainian authorities posted a few details on social media last week from their investigation in his case.

Shishimarin was among a group of Russian troops that fled Ukrainian forces on Feb. 28, according to Venediktova’s Facebook account. The Russians allegedly fired at a private car and seized the vehicle, then drove to Chupakhivka, a village about 200 miles east of Kyiv.

On the way, the prosecutor-general alleged, the Russian soldiers saw a man walking on the sidewalk and talking on his phone. Shyshimarin was ordered to kill the man so he wouldn’t be able to report them to Ukrainian military authorities. Venediktova did not identify who gave the order.

Shyshimarin fired his Kalashnikov rifle through the open window and hit the victim in the head, Venediktova wrote.

“The man died on the spot just a few dozen meters from his house,” she said.

Ukraine's SBU security service posted a short video on May 4 of Shyshimarin speaking in front of camera and briefly describing how he shot the man. The SBU described the video as “one of the first confessions of the enemy invaders.”

“I was ordered to shoot,” Shyshimarin said. “I shot one (round) at him. He falls. And we kept on going.”

Russia is believed to be preparing war crime trials for Ukrainian soldiers.

Follow AP's coverage of the war in Ukraine at https://apnews.com/hub/russia-ukraine