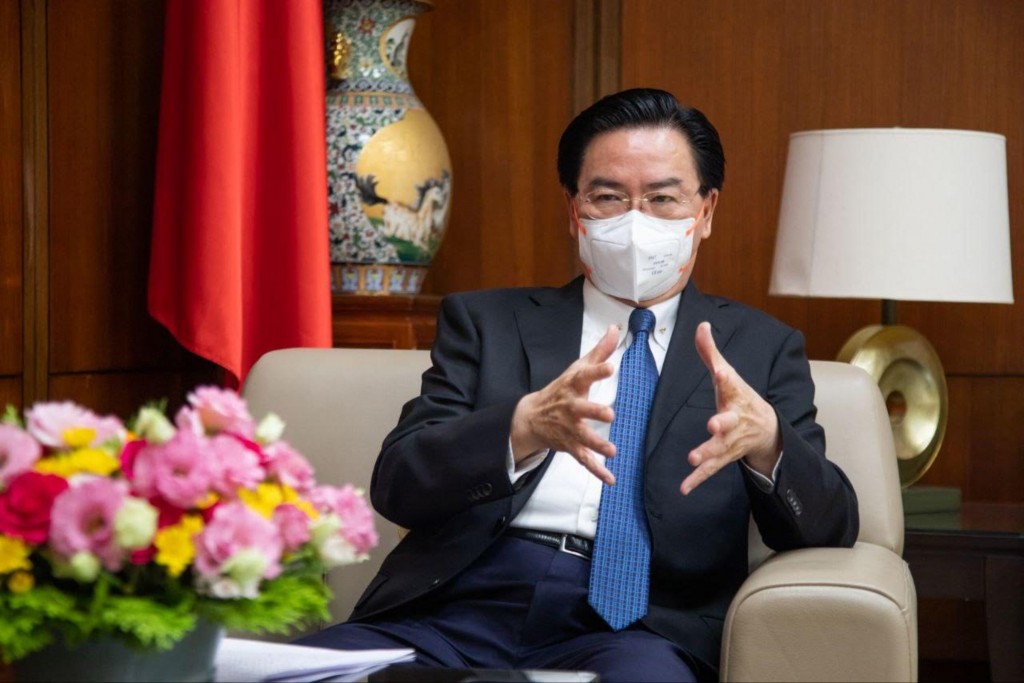 TAIPEI (Taiwan News) — Foreign Minister Joseph Wu (吳釗燮) shared insight on Taiwan-Europe relations and highlighted the need for more defense capabilities against a growing Chinese threat during an interview with the German newspaper Frankfurter Allgemeine Zeitung on May 13.

Wu said that there are a growing number of opportunities for Taiwan and NATO to exchange views and cooperate in the future. In the past year, more and more European countries have expressed that increased attention on the Indo-Pacific region will help Taiwan gain international support, he said.

Taiwan will continue bolstering cooperation with like-minded countries such as the U.S. and European nations, the Liberty Times cited Wu as saying.

The foreign minister mentioned that China's intimidation tactics have not only failed to make democratic forces back down but have brought Taiwan and Europe closer together. For example, countries including the Czech Republic, Poland, and Slovakia, which were once threatened by communist totalitarianism, can better understand Taiwan's situation and recognize that it is a reliable partner in economic and other fields, he said.

Wu said relations with Lithuania have also improved significantly since Taiwan opened a representative office in its capital city, Vilnius. Though it faced pressure and economic sanctions from China for doing so, the U.S. and the EU backed the Baltic nation and supported Taiwan-Lithuania ties, he said.

This demonstrates the importance of solidarity and mutual assistance amongst democratic countries, the foreign minister explained.

With regard to Taiwan-Germany relations, Wu noted that the German government expressed concern about maintaining peace and stability in the Taiwan Strait and supported Taiwan's participation in international organizations. He said he believed there should be more bilateral cooperation in the future.

Wu said the Taiwanese realized they must bolster their mobilization abilities and take defense against China seriously after observing the Ukrainians fighting to protect their nation from invading Russian forces.