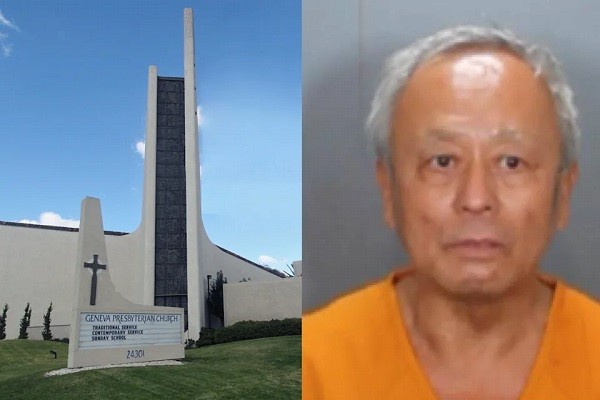 TAIPEI (Taiwan News) — Orange County District Attorney Todd Spitzer announced that the gunman behind the deadly shooting of a Taiwanese church in the California county has been charged with murder and that the death penalty is being considered in his case.

At a press conference on Tuesday (May 17), Spitzer said that David Wenwei Chou (周文偉), 68, of Las Vegas, has been charged with 10 counts, including first-degree murder, five counts of attempted murder, and four counts of possessing destructive devices with the intent to kill or harm. He stated that these charges incur penalties that include death and life without the possibility of parole.

The murder charge is for fatally shooting John Cheng, 52, a physician who tried to subdue Chou as he began firing on parishioners. Five other people also suffered wounds, including four men and one woman.

The district attorney made it clear that he is not ruling out the death penalty and argued that Chou's intention was to conceal himself in plain view before attacking the parishioners. "He did everything he could to fit in, to make himself one of them," said Spitzer.

“This monster crafted a diabolical plan to lock the church doors with his victims inside in order to lead what he thought were innocent lambs to slaughter." Lauding the brave efforts by Cheng and other congregants, he said Chou did not realize that "the parishioners at the church that day weren’t lambs — they were lions, and they fought back against the evil that tried to infiltrate their house of worship."

Officers recovered two 9 mm semiautomatic pistols, which had been legally purchased in Las Vegas in 2015 and 2017. They also discovered four Molotov cocktail-like incendiary devices that had been placed inside the church.

Spitzer said on CNN on Tuesday that he believed Chou had planned "to kill everybody and then blow up the church."