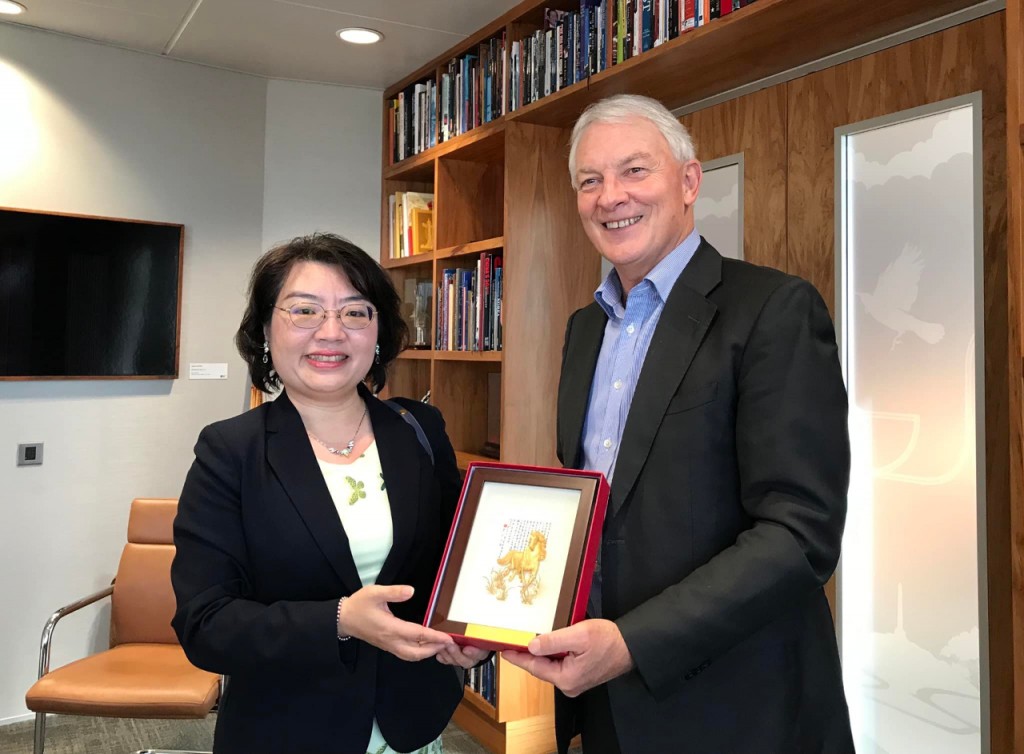 Chen praised Goff’s commitment to making Auckland a beautiful, diverse, and integrated city during the May 10 meeting, CNA reported. She said local Taiwanese expats are very active in the community.

The TECO director said it has been 26 years since Taichung and Auckland established sister-city relations, which has continuously “injected energy” into bilateral exchanges in various fields, including economy, trade, culture, and education.

Chen said the relationship between Taiwan and New Zealand has always been close. With regard to the ongoing pandemic and the Russian invasion of Ukraine, the Taiwanese government and people have demonstrated the spirit of “Taiwan can help” by actively providing assistance, she said.

Chen said she hoped that like-minded democratic partners will unite to overcome difficulties. “After the pandemic is brought under control, we can continue to promote more cooperation and exchanges with Auckland,” she added.

Goff affirmed the many contributions made by overseas Taiwanese and said that he attached great importance to mutually beneficial cooperation between Auckland and Taichung.

The mayor praised Taiwan's epidemic prevention success and the fact that it never had to impose a lockdown. He said that Auckland has finally begun to recover from the pandemic and that New Zealand opened its borders to visa-free countries, including Taiwan, on May 2.

With an expected rise in international students and tourists, Auckland can return to its former glory, Goff said. Goff has served as Auckland’s mayor for two consecutive terms.