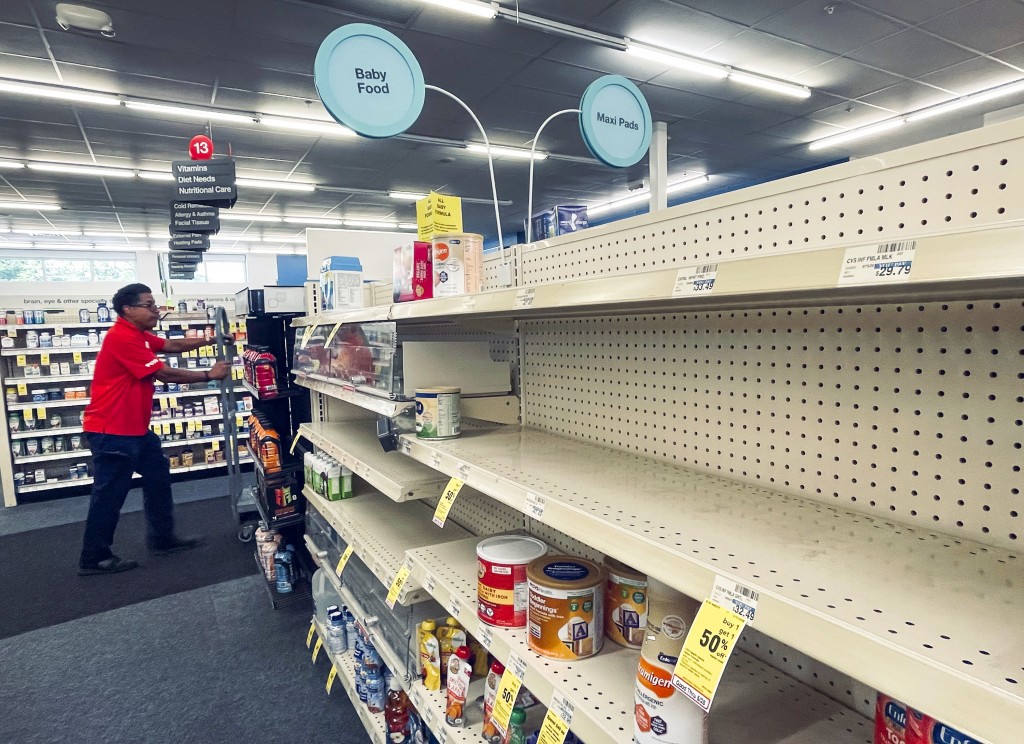 WASHINGTON, May 16 (Reuters) - The United States will allow baby formula imports from foreign makers that do not usually sell their products here, the Food and Drug Administration said on Monday, as it tries to ease a nationwide shortage that has left parents scrambling to feed their babies.

The temporary move could help put more formula onto U.S. shelves in a few weeks, a U.S. FDA official said during a news briefing. Foreign makers will need to meet a list of safety and nutritional standards provided by the FDA.

U.S. baby formula has been in low stock after a February recall of baby powder formula and plant closure by one of the nation's main manufacturers, Abbott Laboratories (ABT.N). The FDA was investigating after reports that four babies who had been fed formula made there became ill from Cronobacter sakazakii infections.

The FDA and Abbott agreed on Monday on the steps needed to reopen the plant, which an FDA official said could happen in the near term. The company said it would restart the plant within two weeks after the FDA confirms it has met these requirements.

In its investigation, the FDA found bacteria contamination in environmental samples taken at the site and noted problems such as standing water and improper sanitization of footwear.

Abbott said in a statement that there is no conclusive evidence to link Abbott's formulas to these infant illnesses. It also said the investigation found no contamination in finished product.

"We have been working to address the FDA's observations so we can restart operations," the company said in a statement on Monday.

The shortage of Abbott formula has been compounded by supply-chain snags and historic inflation, leaving about 40% of baby formula products out of stock nationwide, data shows. read more

"We know many parents and caregivers are feeling frustrated by their inability to access needed or desired infant formula and critical medical foods. Please know that we at the FDA are doing everything in our power to address these challenges as quickly as possible," FDA Commissioner Robert Califf said.

He encouraged formula makers to increase their supply and the FDA said some including Gerber, part of Nestle SA (NESN.S), and Reckitt Benckiser Group Plc (RKT.L) had already done so.

FDA officials said during the briefing that the agency's ability to determine a causal link between the consumption of the product from the plant and the four cases of bacterial infections was hindered by the fact that it only had genetic sequences available on two of the infections.

Abbott has shipped to the United States millions of cans of formula from its FDA-approved Ireland facility.

The White House separately said it was continuing talks with the major formula manufacturers to identify logistical hurdles and provide any transportation support that could help them and major retailers get formula to where it is needed.

"This is principally an issue of production more than goods movement," Transportation Secretary Pete Buttigieg told reporters at a White House briefing.

Congress this week also plans to address infant formula rules regarding the Women, Infants and Children program, a federal assistance nutrition program administered by U.S. states, as well as emergency funding to shore up supplies.