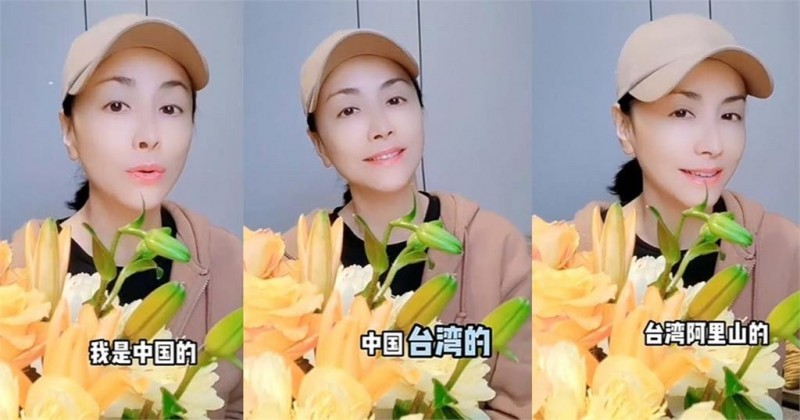 TAIPEI (Taiwan News) — Taiwanese actress Lily Tien (田麗) angered Taiwanese netizens after she released a video over the weekend in which she claimed to hail from "Taiwan, China," while simultaneously drawing praise from Chinese followers.

The 55-year-old actress won Best Actress at the 2002 Golden Bell Awards, but in recent years has sought to cultivate a following in China by siding with the Chinese Communist Party's (CCP) stance on Taiwan. In an interview with Apple Daily in 2016, she accused Taiwanese actress Lin Chi-ling (林志玲) of being a supporter of Taiwan independence.

On Saturday (May 14), Tien uploaded a video to Douyin, the Great Firewall of China's version of TikToK, that was her take on a video popular with Chinese netizens that translates as "Come from all over the country to score points." The premise of the video is that Chinese citizens from various regions and ethnic groups can list where in China they come from and speak some words in their local Chinese dialect or language.

Born in Chiayi County's Alishan Township in 1967, Tien's father is from Shandong, China, while her mother is a member of the Taiwanese indigenous Tsou tribe. She chose to represent the latter in the video and starts out by singing "I am China's, China's Taiwan, Taiwan Alishan's, Alishan Tsou ethnic group."

Her video quickly drew praise from Chinese netizens who posted comments such as "the girl in Alishan is beautiful!" and praised her for declaring that Taiwan is part of China. She responded to the latter with a comment which read "Taiwan must be China's," which quickly gained 1,000 likes.

However, Taiwanese were angered by her video and posted irate messages:

"Renminbi is so fragrant, you don't even want your own country."

"For selfish interests and selfish desires, I must betray Taiwan, where I was born and raised."

"Hurry up and move to China! Relinquish your Taiwanese citizenship, no one will force you to keep it."

"Taiwan and China are separate countries on separate sides."