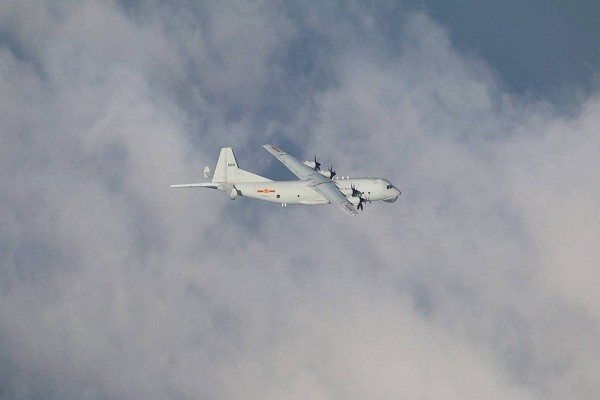 In the famous Thirty-Six Stratagems (三十六計), a classic of Chinese war strategy, the fourth stratagem states "wait at ease for the fatigued enemy (以逸待勞)." What does this mean? The smart adversary will wait until the enemy is tired and weak before striking. How does this aphorism relate to the Taiwan Strait tensions?

U.S. public opinion in support of war is the lowest it has been since the end of the Vietnam War for a variety of reasons. One reason is the horrendous way the U.S. pulled out of Afghanistan. More than one thousand U.S. citizens had to find their own way out of a Taliban-controlled country, while Washington abandoned at least seven billion dollars worth of weapons and equipment.

The U.S. population is war-weary from 20 years of wars each in Iraq and Afghanistan. These wars forced military members and contractors to perform back-to-back deployments to one country or the other. Compounding Iraq and Afghanistan War fatigue, the U.S. engaged in other conflicts that the media did not cover closely. President Obama’s last War Powers Resolution letter to Congress in 2017 stated 19 locations to which U.S. military personnel were deployed and equipped for combat in his request for the Authorization for Use of Military Force (AUMF): Iraq, Afghanistan, Yemen, Syria, Somalia, Libya, Kenya, Niger, Cameroon, Uganda, South Sudan, Democratic Republic of Congo, Central African Republic, Djibouti, Jordan, Turkey, Egypt, Cuba, and Kosovo. As of April 18, 2022, the date of President Biden’s most recent letter to Congress, the U.S. has deployed forces to Afghanistan, Iraq, Syria, and Somalia. Biden did not remove the AUMF for Afghanistan even though the U.S. withdrew forces and the same applies to Iraq. Yes, war-weary is an understatement.

President Biden recently asked Congress to approve a whopping US$33 billion gift this year to Ukraine in addition to US$4.6 billion that the U.S. has already given to Ukraine since the beginning of the Biden administration in January 2021:

The 2020 annual military aid for our allies and partners is about US$12 billion, which includes US$3.9 billion for Afghanistan. The Biden Administration proposes to triple its foreign military aid in 2022.

Instead of balking at Biden’s request, the House of Representatives proposed a US$40 billion package including more funds for Ukrainian humanitarian aid. The Senate will review the House’s proposal and Senator Mitch McConnell stated that he wanted to focus on the war effort.

With so much American support for providing military aid to Ukrainians fighting Russia, what are the effects of placing all our “eggs in one basket” by providing unconditional aid to Ukraine?

Internally, more government spending means higher inflation and a higher cost of living for the average American citizen. The Biden Administration's actions increased “normal” inflation. These actions include canceling America’s energy independence (the U.S. was a net oil exporter until the Biden administration closed several programs), appropriating US$1.2 trillion on infrastructure projects, canceling trade with Russia, and adding US$2.77 trillion in 2021 to the national debt (total national debt at the end of 2021 was US$28.43 trillion). Middle to low-income bracket Americans suffer the most from higher inflation. Their buying power and their cash reserves are razor-thin. The Biden administration blames inflation on the Russian invasion of Ukraine, but inflation was rising before the Ukrainian crisis.

What about our partners overseas?

Taiwan suffers as well from the Biden Administration’s and Congress’ enthusiasm for supporting Ukraine. Why?

First, U.S. extravagant gifting of weapons to Ukrainian forces tradeoffs in the U.S. ability to aid others. U.S. weapons stockpiles are shrinking to levels that imperil the ability of U.S. forces to fight. Until the U.S. replenishes those stockpiles, the U.S. will not be able to provide weapons to other countries that might fall victim to Russian, Chinese Communist Party (CCP), or other invasions. The CCP and the People’s Liberation Army (PLA) are pleased with this situation because the U.S. will neither have the funds nor the arms available to send to Taiwan.

Second, a CCP-ordered embargo of non-PRC shipping and aircraft flying to Taiwan restricts U.S. and Asian allies’ options for supporting Taiwan. A nuclear war with China to end a Taiwan embargo is not a politically feasible policy option.

Why would the U.S. and Taiwan’s allies not be able to send weapons or other supplies to Taiwan? Because the CCP will declare that providing arms or other materials to Taiwan is interfering in the internal affairs of China. In effect, acts countering the embargo would be considered casus belli, acts of war.

If Russia had been able to close all of Ukraine’s borders, Russia would have made the same declaration regarding interference in Ukraine. Unfortunately for Russia, it did not control Ukraine’s western borders between Belarus and the Black Sea, which include the following NATO countries: Poland, Hungary, Romania, and Slovakia. Through these NATO countries, military and other aid are flowing into Ukraine. Taiwan is an island and if the PLA Navy and Air Force control the ocean and the air around Taiwan, then the CCP could prevent other countries from helping Taiwan during a future conflict.

On May 4, 2022, Admiral Charles Richard, Commander of United States Strategic Command, noted in his testimony to Congress that the CCP “is watching the war in Ukraine closely and will likely use nuclear coercion to their advantage in the future. Their intent is to achieve the military capability to reunify Taiwan by 2027, if not sooner.”

The U.S. and Taiwan’s friends and allies should try to send military aid now and provide training before combat begins. Providing military aid and training now might be enough to deter the CCP long enough for Taiwan to become unpalatable for the CCP to “eat” at least for the short term. The anti-Russia coalition’s war fatigue, lack of supplies, funds, and foresight suggests Taiwan should prepare to defend itself.

Eventually, the U.S. and Taiwan’s allies will be able to replenish weapons stocks. Luckily, so long as the COVID chaos continues and other internal challenges persist in the PRC, Taiwan has a chance to prepare for the worst and benefit from its allies.

Guermantes Lailari is a retired USAF Foreign Area Officer specializing in the Middle East and Europe as well as counterterrorism, irregular warfare, and missile defense. He has studied, worked, and served in the Middle East and North Africa for over 14 years and similarly in Europe for six years. He was a US Air Force Attaché in the Middle East, served in Iraq and holds advanced degrees in International Relations and Strategic Intelligence. After retiring from the USAF, he worked in variety of positions including four years for the Assistant Secretary of Defense for Special Operations and Low-Intensity Conflict (ASD-SOLIC) Irregular Warfare Technology Support Directorate. He was selected to be a program manager for the Asymmetric Warfare Program at the Virginia Tech Applied Research Corporation followed by assignments in the Middle East where he managed a US forward based missile defense radar and a variety of other technical positions. He was selected to be a 2022 Taiwan Fellow by the Taiwan Ministry of Foreign Affairs and is researching for the year at the National Chengchi University in Taipei, Taiwan.
UkraineTaiwan Straits
Tweet 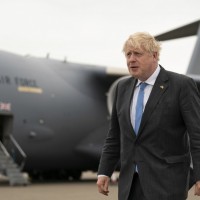