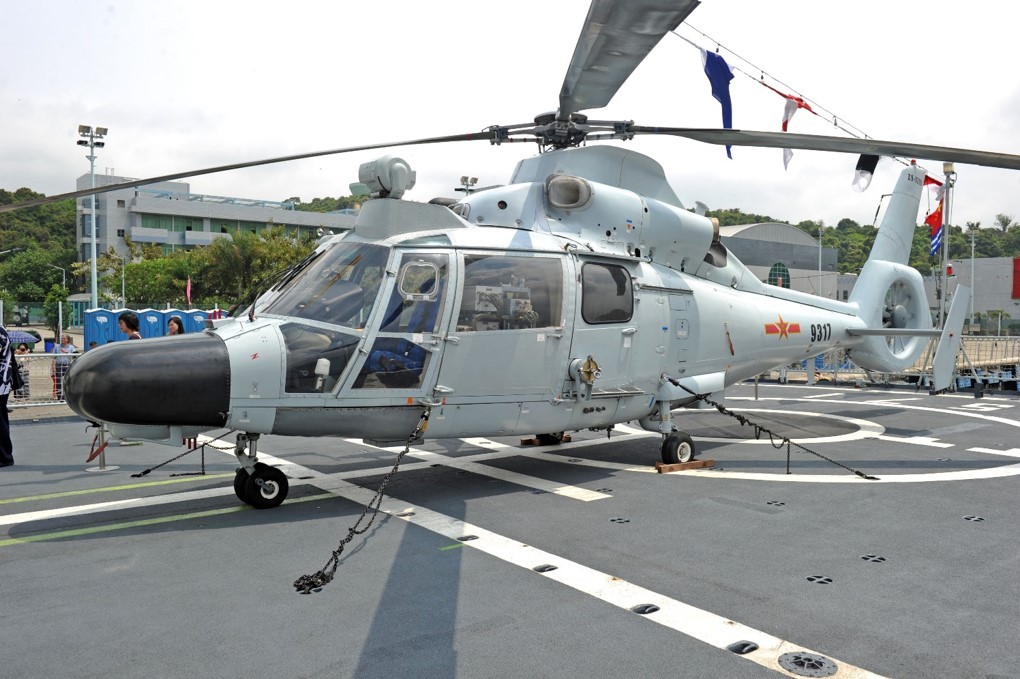 An ADIZ is an area that extends beyond a country’s airspace where air traffic controllers ask incoming aircraft to identify themselves. So far this month, China has sent 42 military aircraft into Taiwan’s identification zone, including 14 fighter jets, 13 spotter planes, six bombers, and nine helicopters. 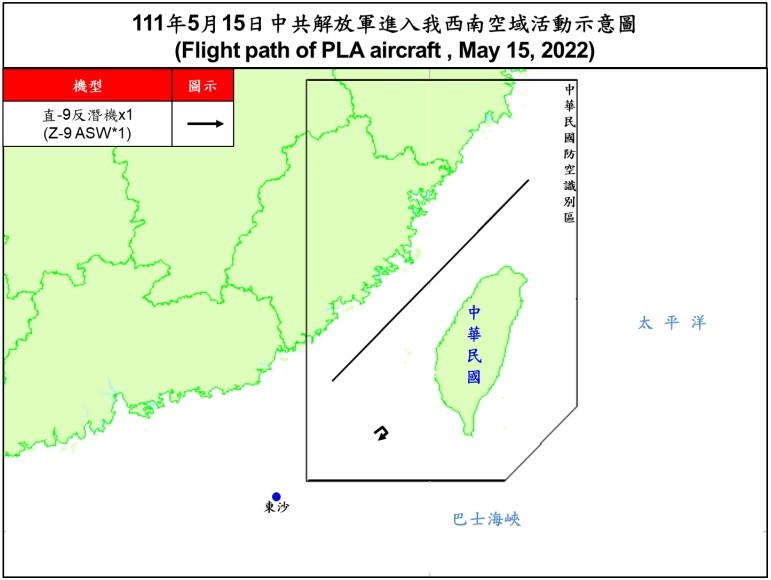 Flight path of Chinese helicopter on May 15. (MND image)