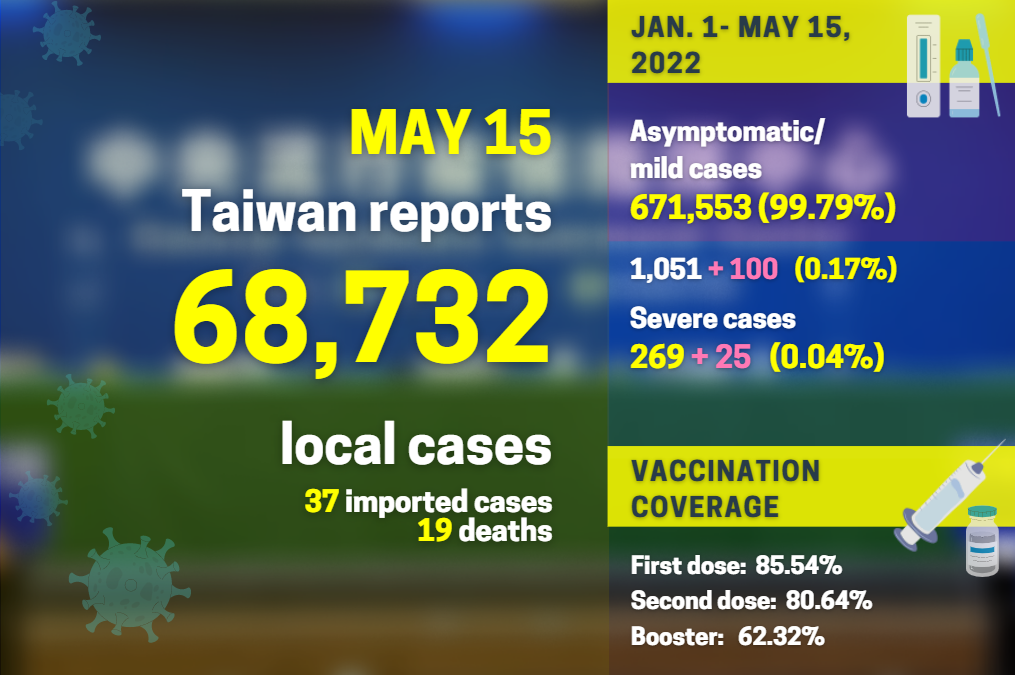 The local cases included 32,706 males and 36,003 females between under five and 100 years of age. The genders of 23 local cases are still under investigation.

Among the local cases, a total of 125 were moderate and severe cases, including the 19 deaths.

Among the reported deaths, 12 were male and seven were female. They ranged in age between 70 and 100, and all of them were severe COVID-19 cases with a history of chronic illness. Among them, eight had not taken any COVID-19 vaccines. They were confirmed to have contracted COVID between May 2 and May 12 and died between May 7 and May 13.