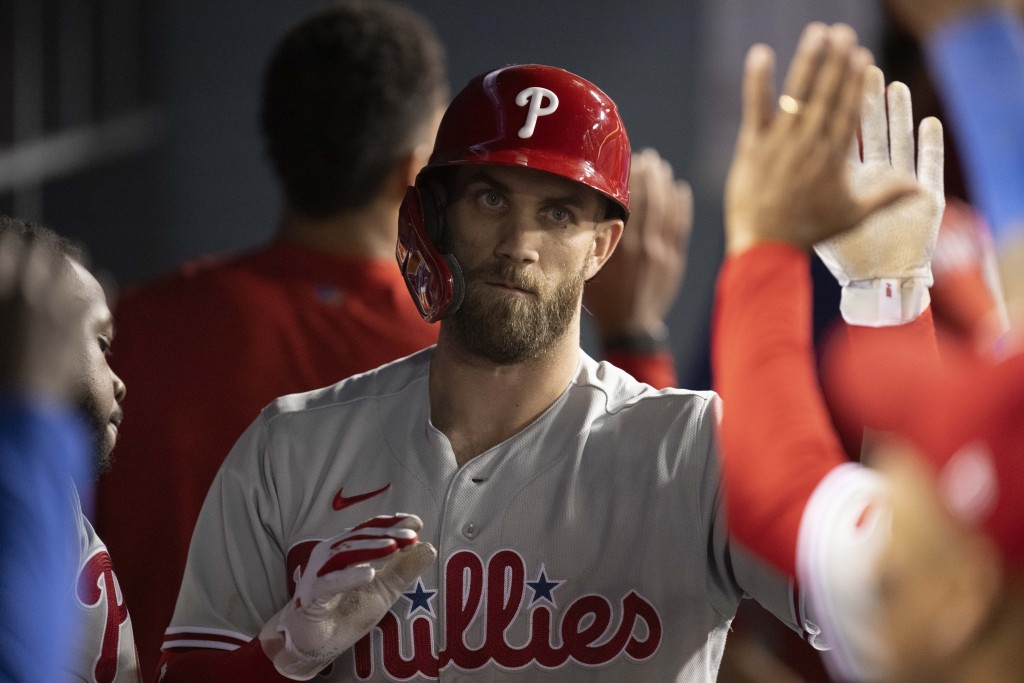 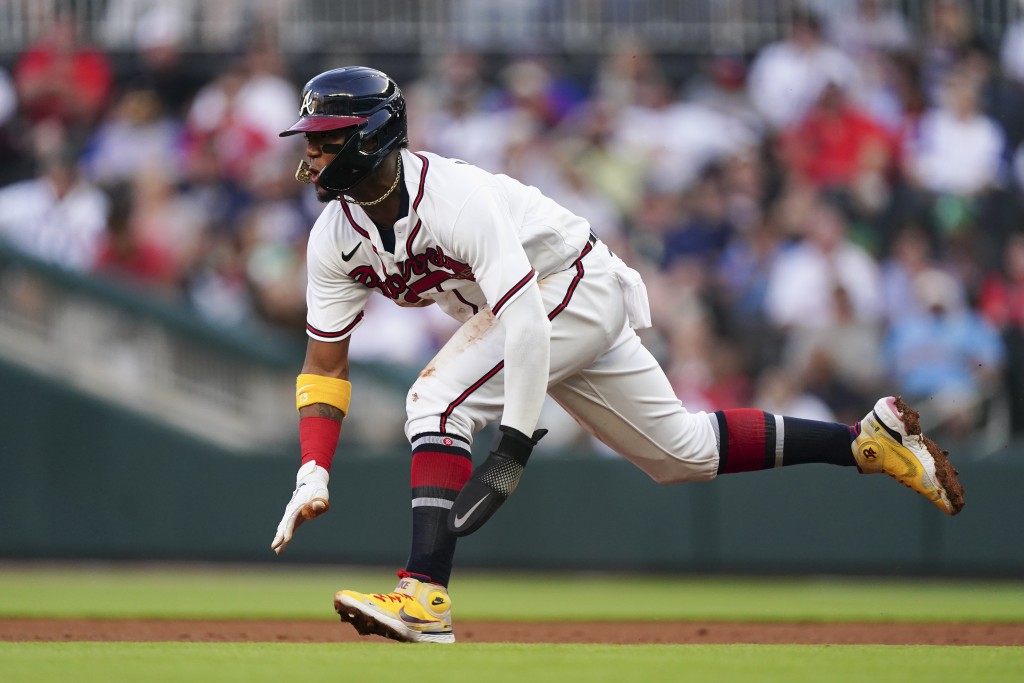 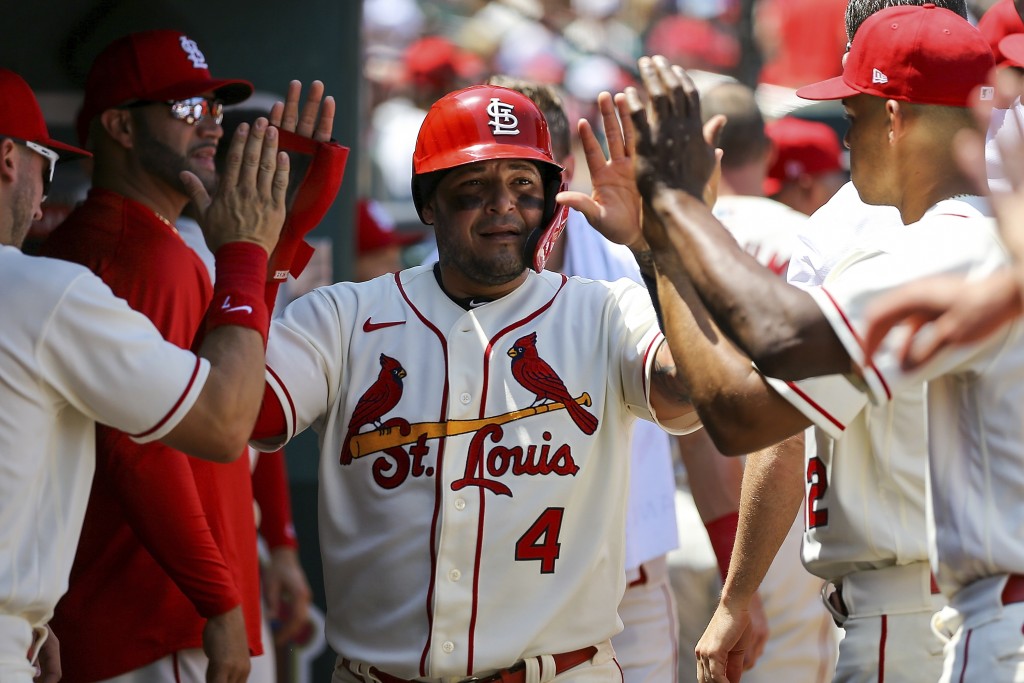 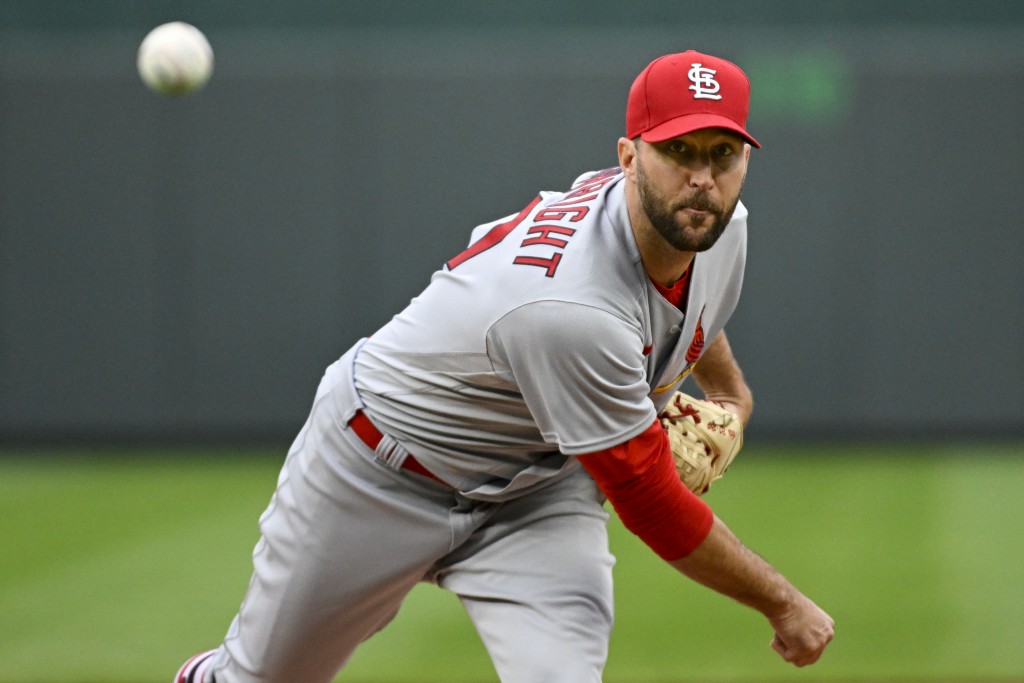 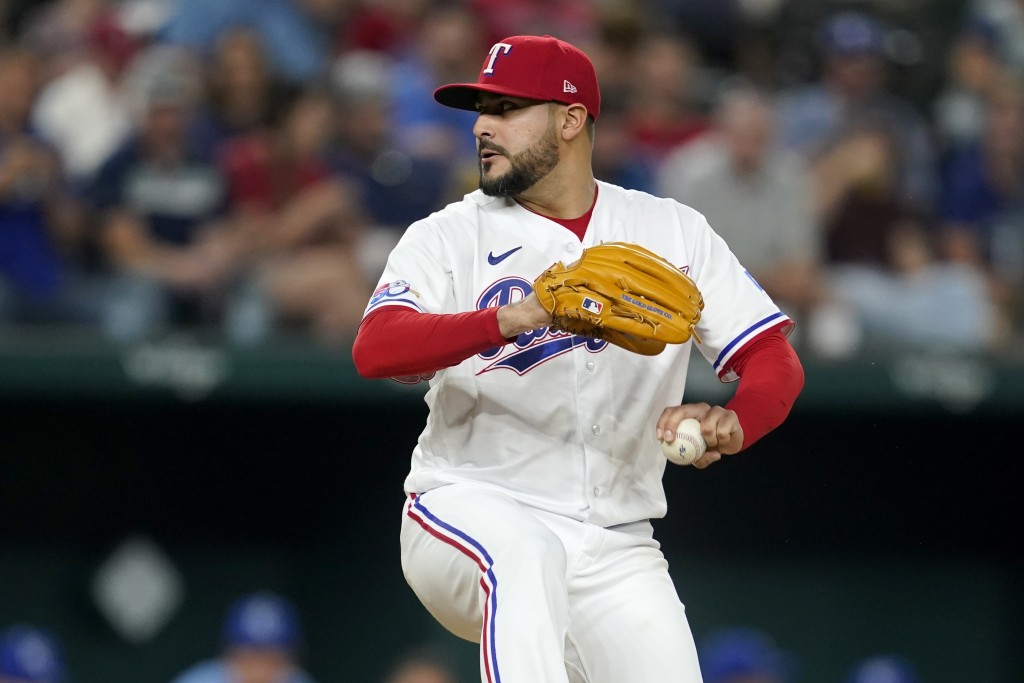 A look at what's happening around the majors on today:

Phillies star Bryce Harper is scheduled to get a platelet-rich plasma injection to help with a small tear in his right elbow, causing him to miss the series finale at Dodger Stadium.

The reigning NL MVP battered Los Angeles pitching in the first three games of the set with three homers and four doubles.

Harper might also miss Philadelphia's home game Tuesday night against San Diego. The right fielder won't throw for four weeks, but will remain in the lineup as the designated hitter.

Braves star Ronald Acuña Jr. has missed three straight games because of a sore groin and the team had him undergo an MRI, which was negative.

The right fielder was expected to play Saturday against the Padres, but manager Brian Snitker said Acuña reported feeling uncomfortable when he arrived at the ballpark. Snitkery said Acuña is likely out Sunday, too.

Snitker said Acuña’s reconstructed right knee is not an issue. Acuña missed the second half of last season after the knee injury as Atlanta went on to win the World Series.

Cardinals ace Adam Wainwright is expected to come off the COVID-19 injured list to face San Francisco in a night game at Busch Stadium.

The 40-year-old Wainwright (3-3, 3.18 ERA) was sharp in his previous outing, throwing one-hit ball for seven shutout innings at Kansas City. In that win, he teamed up with catcher Yadier Molina for their 310th start as batterymates — the regular-season record is 324 by Detroit's Mickey Lolich and Bill Freehan.

Martin Perez is back with his original team in Texas, and the left-hander will face his former team in a series finale against Boston.

Perez (1-2) has allowed only two earned runs over 26 1/3 innings (0.68 ERA) his last four starts after losing his first two this season. His overall 2.10 ERA since rejoining the Rangers this spring is the lowest by a Texas lefty through his first six games since C.J. Wilson’s 1.51 over that span in 2010.

The 31-year-old Perez made his big league debut with the Rangers in 2012. He pitched for them through 2018 before going to Minnesota in free agency, then to the Red Sox.

Perez is the first Rangers lefty since Cole Hamels in 2016 to make four consecutive starts going at least six innings and allowing no more than one earned run. He also hasn’t allowed a homer in his 34 1/3 innings, just short of his best season-opening homerless streak of 37 1/3 innings over his first seven starts while still with Texas in 2017.

Paced this season by a pair of hot hitters in Gold Glove shortstop J.P. Crawford and first baseman Ty France, the Seattle Mariners wrap up their initial visit to Citi Field with the finale of a three-game series against the NL East-leading New York Mets.

Ray struck out a season-high 10 last time out in a win over Philadelphia. The left-hander is 3-1 with a 2.60 ERA in six career starts versus the Mets.

From here, Seattle heads to Toronto and Boston for the last two legs of a 10-game road trip.

The Tigers will see how Michael Pineda is doing, a day after a line drive broke a finger on his pitching hand.

Pineda retired all four hitters he faced against Baltimore, but had to leave after Ramon Urias’ liner broke the middle finger on his right hand Saturday.

“We don’t know yet if he will need surgery, but he’s going to be out for a while,” Tigers manager A.J. Hinch said.

The 33-year-old Pineda is 1-2 with a 3.22 ERA in five starts during his first season with Detroit.