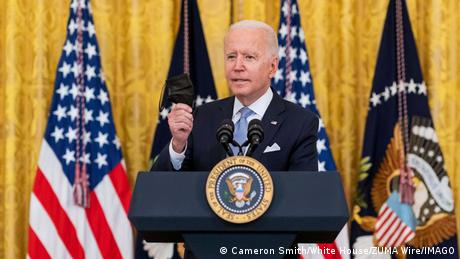 Over two months into Russia's brutal invasion, Ukraine has continuously defied expectations while fending off a nuclear superpower that has tenfold its military budget.

It is no secret that the backing of NATO and the US, the training and military assistance they have provided since the onset of the Russia-Ukraine war in 2014 and their recent shipments of weapons have all assisted in the success of Ukraine's armed forces.

One recent milestone of this success — hailed by Ukraine as an iconic victory — was the sinking of Russia's flagship Black Sea missile cruiser, the "Moskva," on April 14.

Ukraine said it hit the warship with two anti-ship missiles, while the Kremlin claimed an onboard fire sparked an explosion and sank the ship.

But recent reports citing unnamed officials last week added a new piece to the narrative surrounding this event: that it was the US who gave away the location of the warship before it was struck.

This was not the only alleged instance of US involvement through intelligence-sharing, which has been ramped up since the invasion began on February 24.

In comments to US daily The New York Times, senior American officials also claimed that the US was providing Ukrainians with information that had allowed them to target and kill Russian generals. The claims were later denied by the Pentagon.

Both leaks have cast doubt on whether Democratic President Joe Biden really stands for a softer foreign policy characterized by anti-war rhetoric and a more restrained approach as has been widely propagated.

How much is intelligence-sharing impacting the war?

The White House said Biden was "displeased" with the statements, arguing that they were "an overstatement of our role" and took away credit from the Ukrainian military.

Robert Farley, a political science professor at the University of Kentucky, told DW, however, that it was more likely that the US officials in question were in fact downplaying the role of US intelligence rather than overstating it.

Farley acknowledged the proficiency of Ukrainian forces and said Ukraine had its own intelligence, but said that US intelligence input should not be overlooked.

"The US has a massive intelligence collective capabilities … I think this is having a critical impact on the war," he said.

But while Russia was aware the US is supplying Ukraine with information, officials dwelling on their own success could risk further provoking Russia, national security analyst Joe Cirincione said.

Leaking the information of alleged US intelligence involvement in attacks "was a terrible decision," Cirincione told DW, agreeing with the White House statement that the US role was likely blown out of proportion.

But though news of these attacks may provoke Russia to strike US forces stationed in the region, the possibility of a direct US entanglement is very small, Cirincione said.

Where is the red line?

At the beginning of Russia’s invasion of Ukraine, Biden ruled out any direct involvement in combat. "We will not fight a war against Russia in Ukraine … Direct conflict between NATO and Russia is World War III, something we must strive to prevent," he said.

The US putting boots on the ground in Ukraine is not the only possible scenario of direct military confrontation, however.

What is concerning about the leaks is the claim that the US shared real-time Russian troop movements and targeting data.

There is a legal distinction between merely providing geolocations of various Russian positions that could threaten Ukraine’s security and making targeting decisions on behalf of Ukraine.

If these claims were true, they would give Russia a justification for considering US vessels it suspects of collecting targeting information as military objectives.

Has the US crossed it?

The Pentagon has firmly denied allegations that it provides targeting information.

The University of Kentucky's Farley, who teaches diplomacy and national security, said he had no reason to disbelieve the Pentagon.

"I don’t think we provide direct targeting data ... I think [what we're doing] is different to saying you should strike right now to kill those specific Russians," he added.

Still, Farley said, the Biden administration's approach to foreign policy seemed to have shifted somewhere between the start of Russia’s invasion and now.

This is not just an informed expert opinion. The US goal to "weaken Russia" was confirmed in comments made by US Secretary of Defense Lloyd Austin.

The shift amounts to a significant escalation.

"I think we are at a point when diplomatic relations between US and Russia are worse than during the Cold War. ... We're sending weapons and sharing intelligence that allows Ukraine to weaken Russia," Farley said.

The way Washington has been putting Ukraine’s interests before its own, at least publicly, may consolidate Russia's narrative that the US is waging a proxy war.

What is Russia’s take?

The US insists it is still not an active party to this war according to international law. But this technicality may be irrelevant to the likes of Russian President Vladimir Putin.

Retired Brigadier General Kevin Ryan, a senior fellow at Harvard’s Belfer Center for Science and International Affairs, said Putin and other Russian leaders already considered the US to be in a proxy war with Russia.

"President Putin and his military leadership have said very clearly and openly that they are fighting a war with the US, NATO and the West," Ryan told DW in a phone interview.

Even "if" the US was indeed providing intel to Ukraine and was more involved in this war than the American public was led to believe, this would come as no surprise to Putin, the expert explained.

"In Putin's speech on Victory Day … he said repeatedly that pressure is going to soar with the West, the US and NATO. He never once mentioned the name Ukraine in his speech," Ryan said.

How likely is a full-blown escalation?

Experts interviewed for this article unanimously agreed that US officials boasting about the role of their intelligence in this war constituted a provocation for Russia.

But regardless of how the goals of the Biden administration have changed, the president is still adamant that he is pursuing his no-combat approach. The only exception that could sway it is a nuclear attack on Kyiv, said Cirincione, whose expertise focuses on international nuclear diplomacy.

"The US doesn’t have a legal obligation to help Ukraine," he said, saying it is sending weapons and sharing intelligence by choice. "The obligation it has is a moral one."

On the Russian side, waging war against the US and potentially NATO and allies when its army is already struggling against Ukraine's would be more than unwise, Farley said.

"The US is undoubtedly waging a proxy war against Russia. And there is always a risk of escalation. But escalation at this point does not serve Russian interests," he said. "The balance of expectations is that it would be a very bad idea for Russia to try to escalate this war."