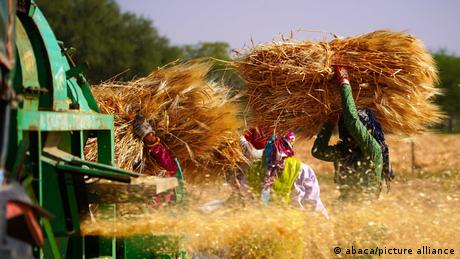 India has banned the export of wheat with immediate effect, just two days after announcing that it was eyeing a record push on wheat shipments this year.

The government said in a notification on Friday night that it would still allow exports backed by already issued letters of credit and to those nations that request supplies "to meet their food security needs."

The notice by the Directorate of Foreign Trade said that a rise in global prices for wheat was threatening the food security of India and neighboring and vulnerable nations.

The decision comes as India —the world's second-largest wheat producer — deals with a stunted output due to a severe heat wave and attempts to calm down skyrocketing domestic prices.

War in Ukraine forced wheat buyers to turn to India

Global buyers were relying on wheat supplies from India as the war in Ukraine destabilized the agriculture markets.

Ukraine and Russia accounted for a third of global wheat and barley exports prior to Russia's invasion of Ukraine.

Since the war, Ukraine's ports have been blocked and grain silos have been destroyed.

Before the export ban, India had set a goal of shipping a mammoth 10 million tons this year, looking to capitalize on the global disruptions to wheat supplies from the war and to find new markets for its wheat in Europe, Africa and Asia.