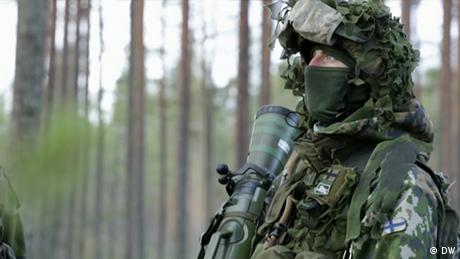 I was a teenager when my godmother Olga first told me about the "Winter war" of 1939-1940 between the Soviet Union and Finland. She was a nurse in a Moscow hospital when Joseph Stalin launched his ill-prepared conquest of Finland under a spurious pretext.

"It was horrible," she said. "All those young soldiers with terrible frostbite and untreatable wounds from sniper fire. The Finns really trounced our army, but we were not allowed to talk about it," my godmother told me. "They had to give up some territory to us but we never conquered them." This was a shock to me. There was one paragraph about this war in our school textbooks.

Yes to cheese, no to NATO

Growing up in the late Soviet Union in the 1970s and 80s, Finland was seen as the friendliest of the "capitalist" countries. Finnish products, like processed "Viola" cheese and winter jackets were the Western products a Soviet citizen could occasionally hope to buy. After Olga's story I could not think of the Finns as harmless cheese producers anymore.

Years later I heard a famous 1939 Finnish war song with a chorus "Nyet, Molotov" ("No, Molotov") — a popular rebuke to Stalin's foreign affairs commissar Vyacheslav Molotov. The Finns indeed managed to preserve their independence but at the expense of the so-called Finlandization which meant adhering to certain limitations and conditions imposed by Moscow.

Remaining non-aligned (simply put, not joining NATO) was the main restriction after the alliance was created in 1949. Even in 1991 when the USSR collapsed, Finnish public opinion remained lukewarm towards NATO membership.

Finland has always enjoyed significant economic cooperation with Russia. It imports most of its oil and gas from its eastern neighbor. Rosatom, a Russian state nuclear power plant construction enterprise, planned to build one in Finland — a rare project for a Western country.

Maintaining constant political engagement with the Kremlin was a staple of Finnish policy. As recently as January, Finland's president Finland Sauli Niinisto remained one of the few Western leaders who regularly talked to and met with President Vladimir Putin.

But these days a remix of that old 1939 war tune is playing in Helsinki. The Finns are saying "Nyet" again — this time to Putin. They are ready to join the North Atlantic alliance.

"Finlandization," one of the most enduring features of the post-World War II European security landscape, has become obsolete in a matter of weeks in the wake of the Kremlin's assault on Ukraine.

This is a massive political defeat for Putin. Ever since his first official visit to Finland in 2001 he invested a lot of effort into cultivating the country's politicians and business only to see this policy collapse within the space of a few weeks. Symbolically, Finland recently cancelled Rosatom's nuclear power plant project

Moscow is now reportedly threatening to cut its energy deliveries to Finland imminently. But the Finns are ready for temporary hardship as they reorient towards other suppliers. Their long experience with the Russians has taught them that the Kremlin only takes those seriously who are prepared to make sacrifices and stand their ground.

Putin's military blackmail will not fare any better. The war against Ukraine has revealed the pitiful state of the Russian army. At the same time Finnish armed forces regularly train with NATO, possess advanced weaponry and are fully interoperable with the alliance's armies.

If the Kremlin increases its military presence along the more than 1,000 kilometer-long (621 miles) border with Finland, the Finns can expect their new allies, including the United States, to bolster their defense by deploying to the area.

Russia's strategic position in the region will become much worse. With Sweden likely to follow Finland, the Baltic Sea will effectively become NATO's backyard. The Kaliningrad region, the Russian enclave surrounded by Poland and Lithuania, would be even easier to isolate, should the alliance wish to do so.

The historical irony is inescapable: Putin made opposing NATO enlargement his signature policy — only to end up with NATO forces stationed some 130 kilometers from Saint Petersburg. Molotov would have definitely disapproved.