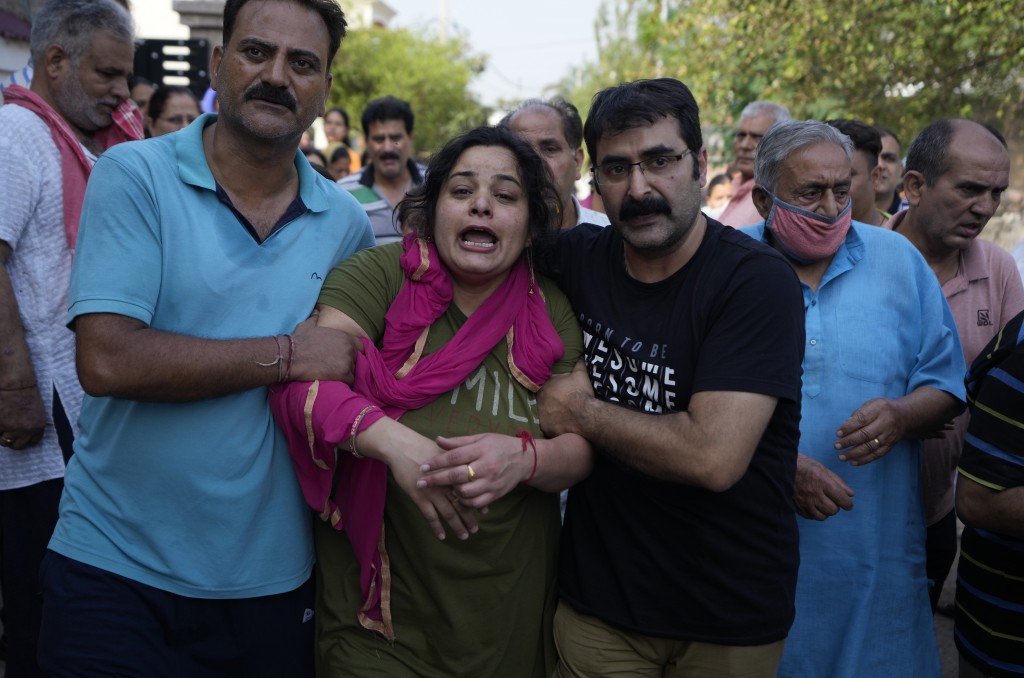 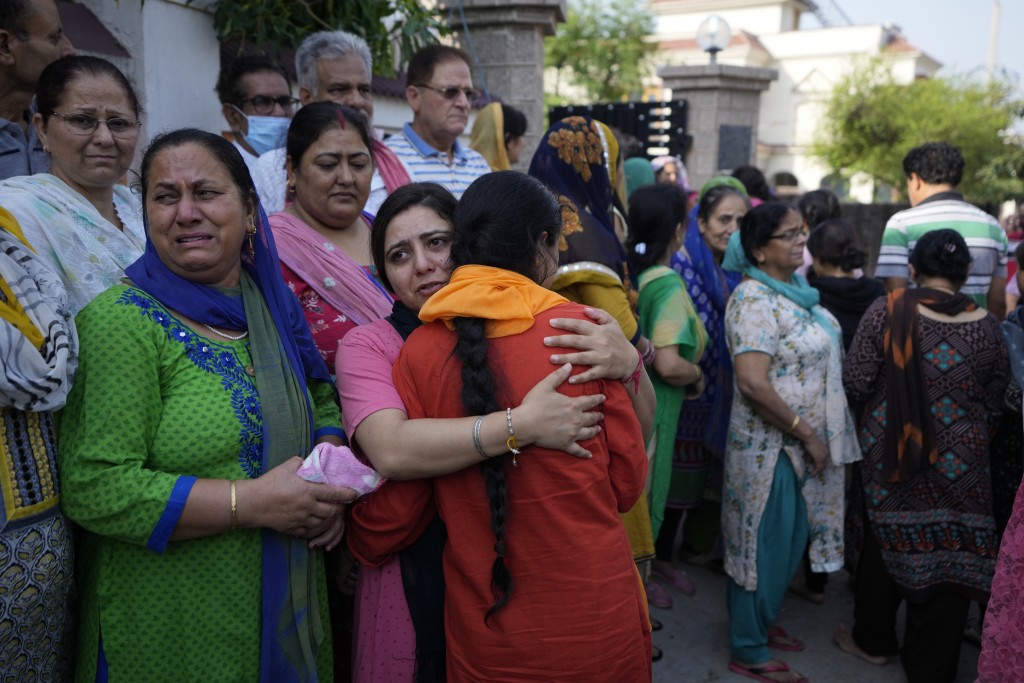 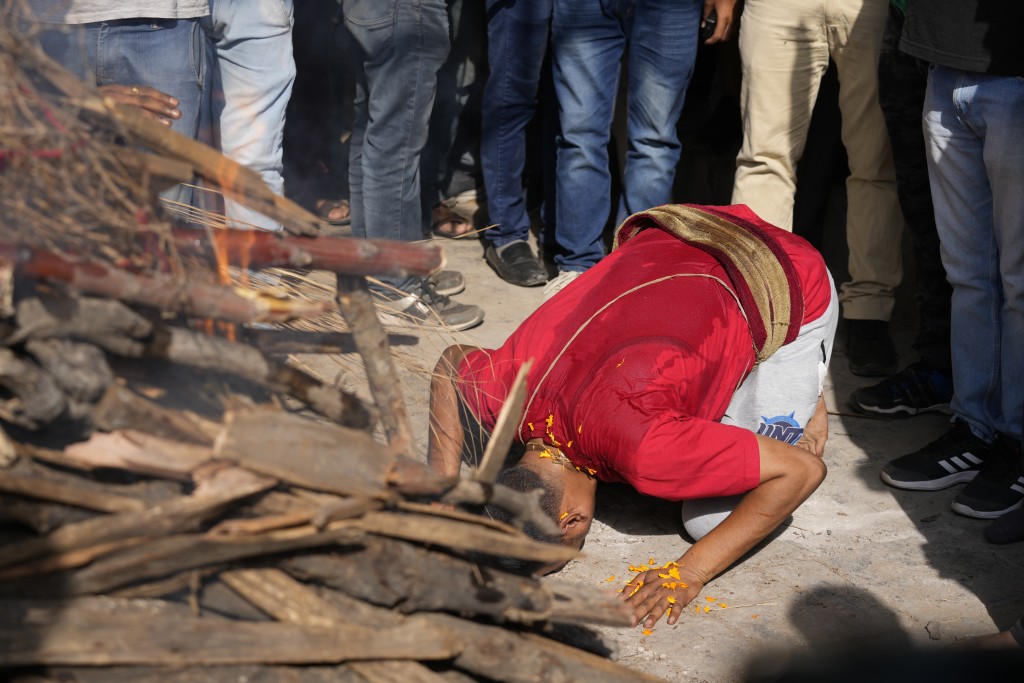 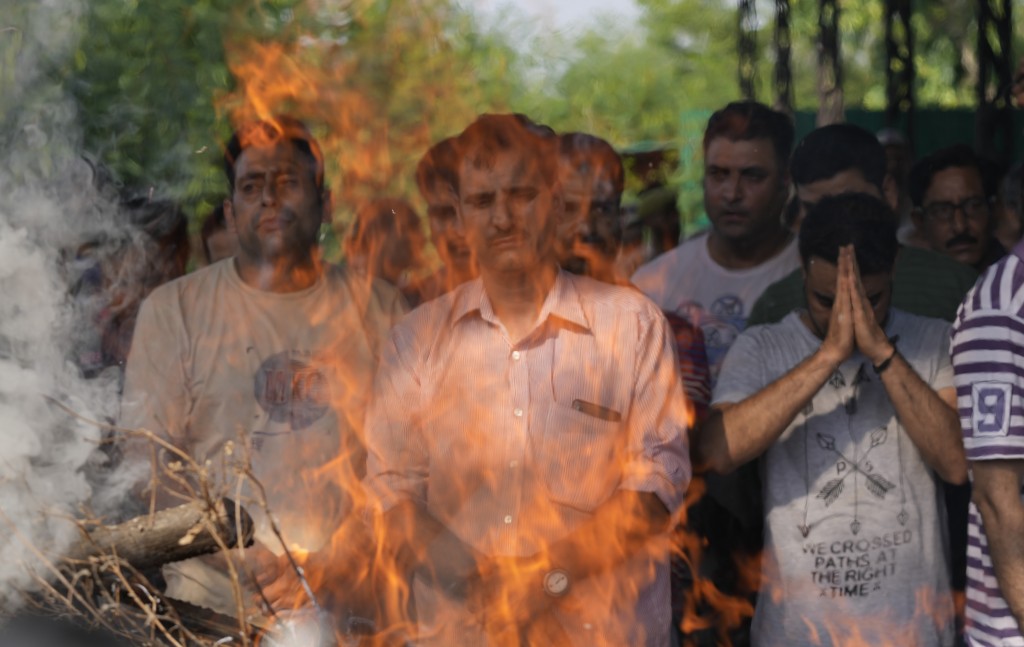 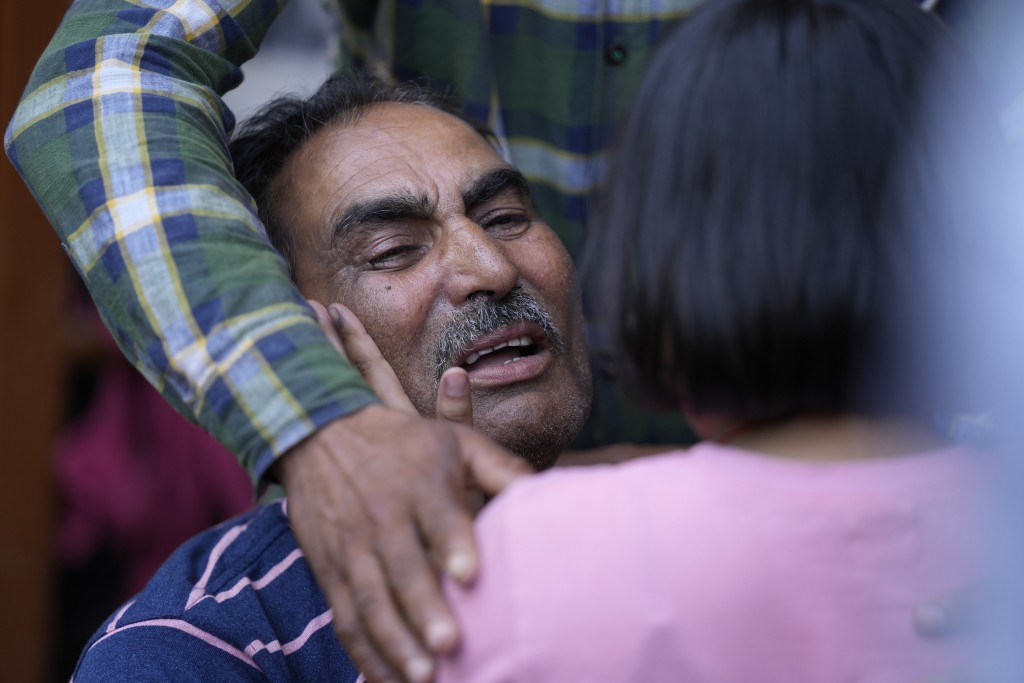 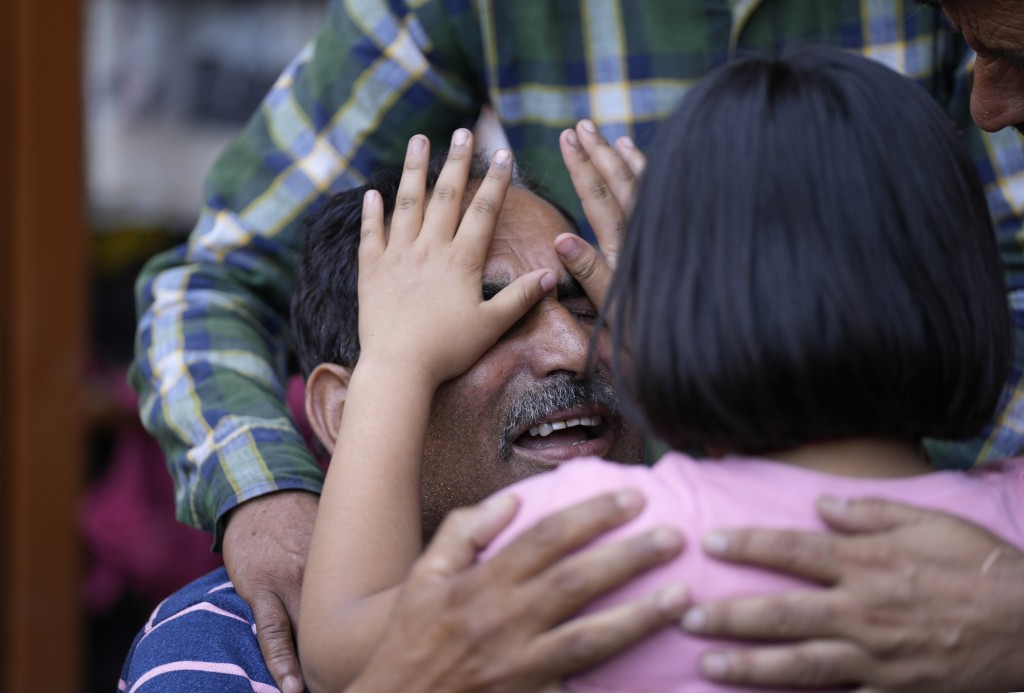 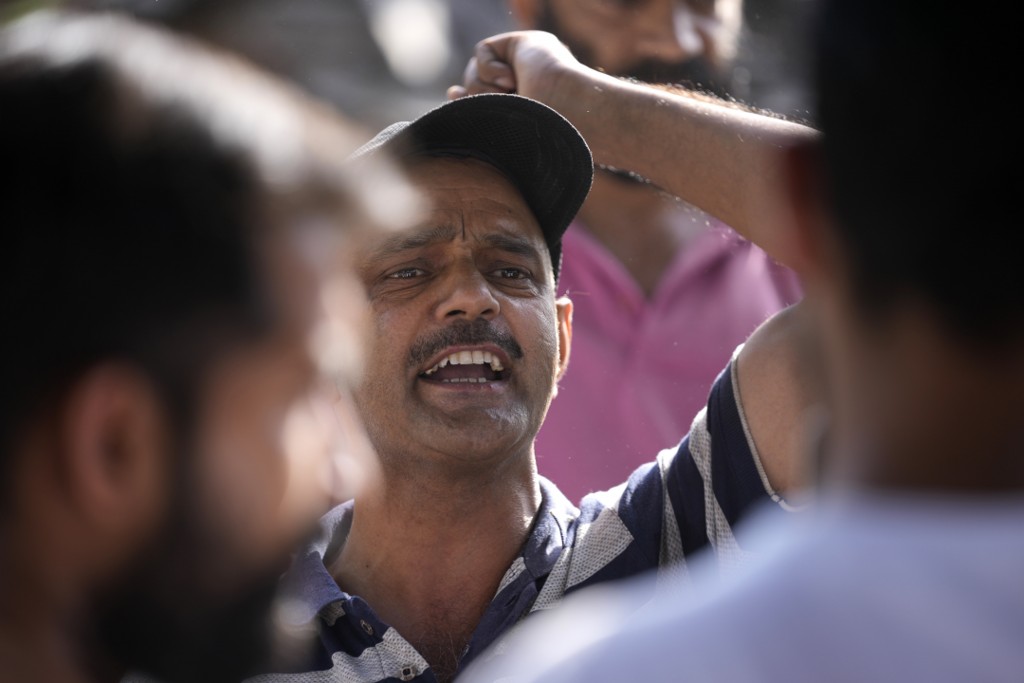 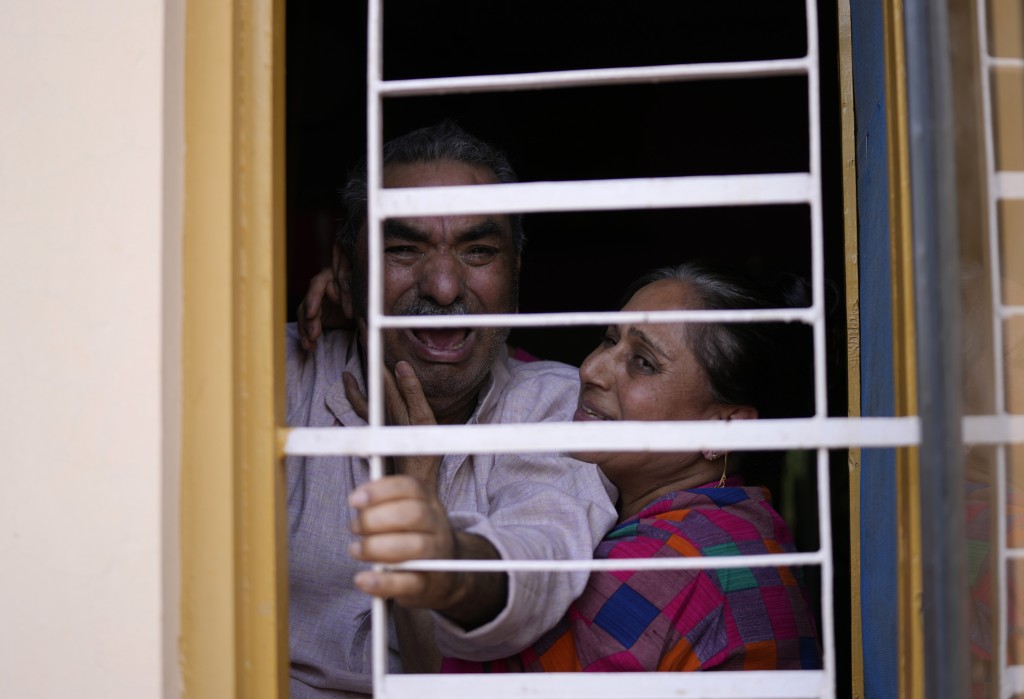 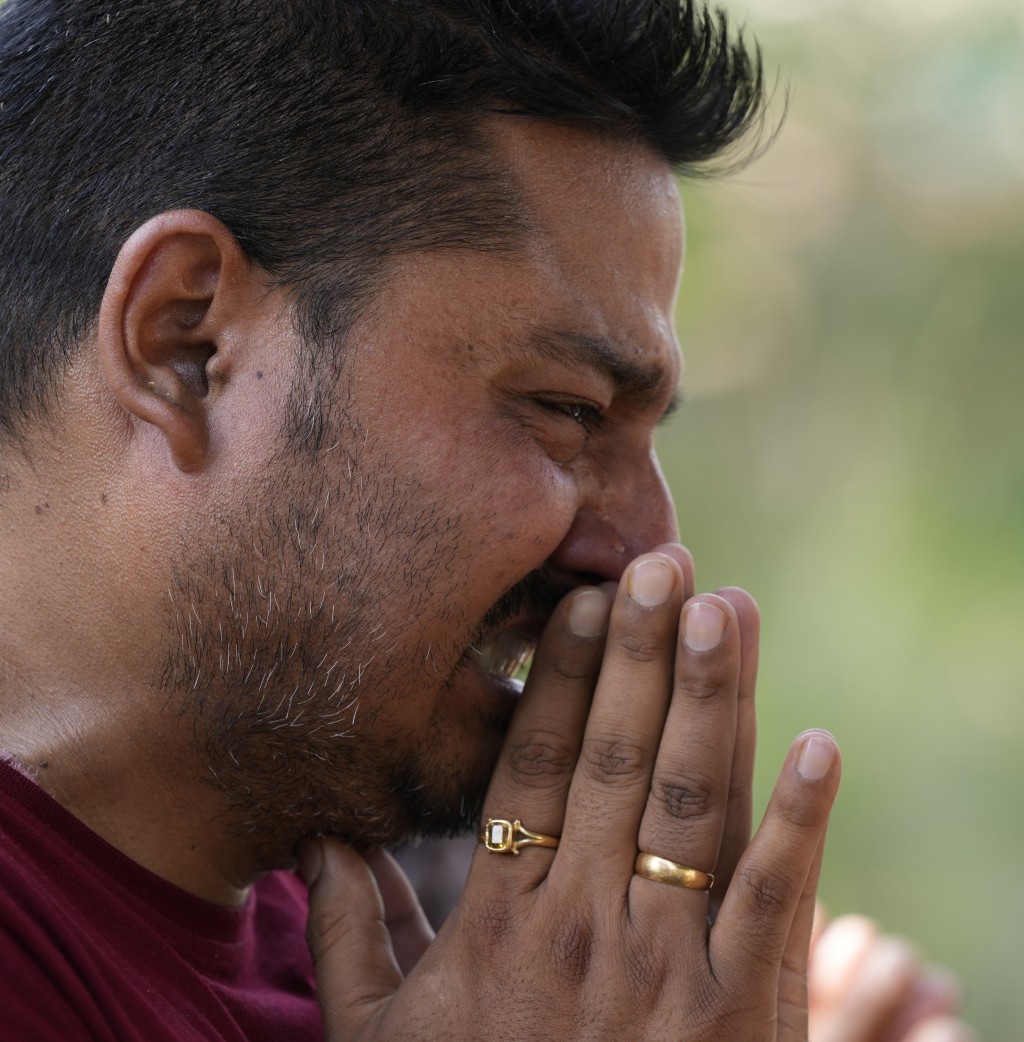 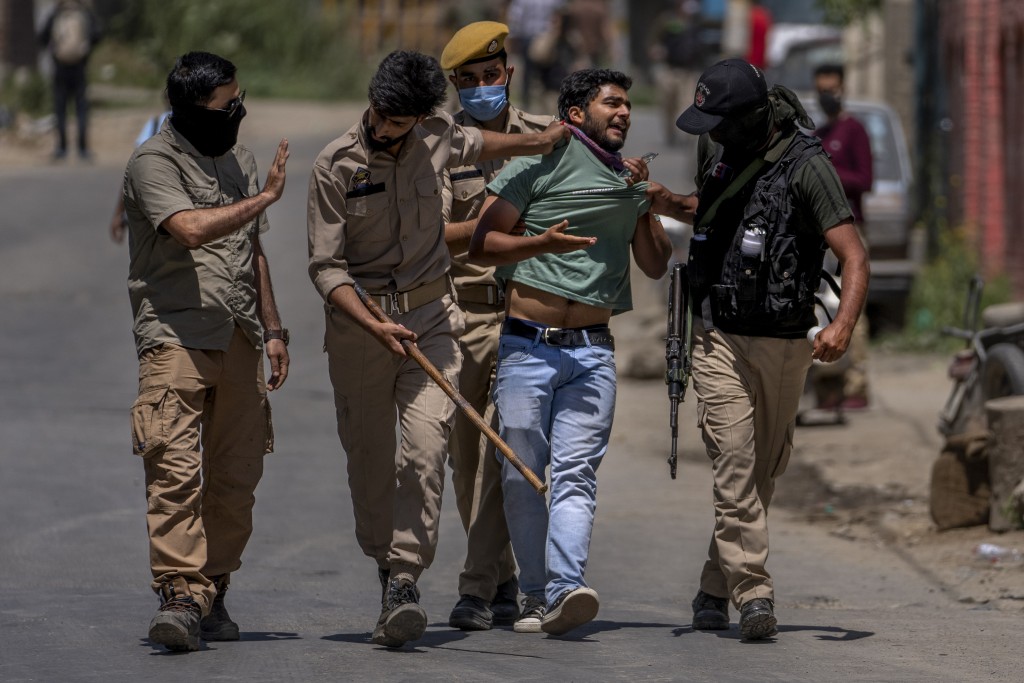 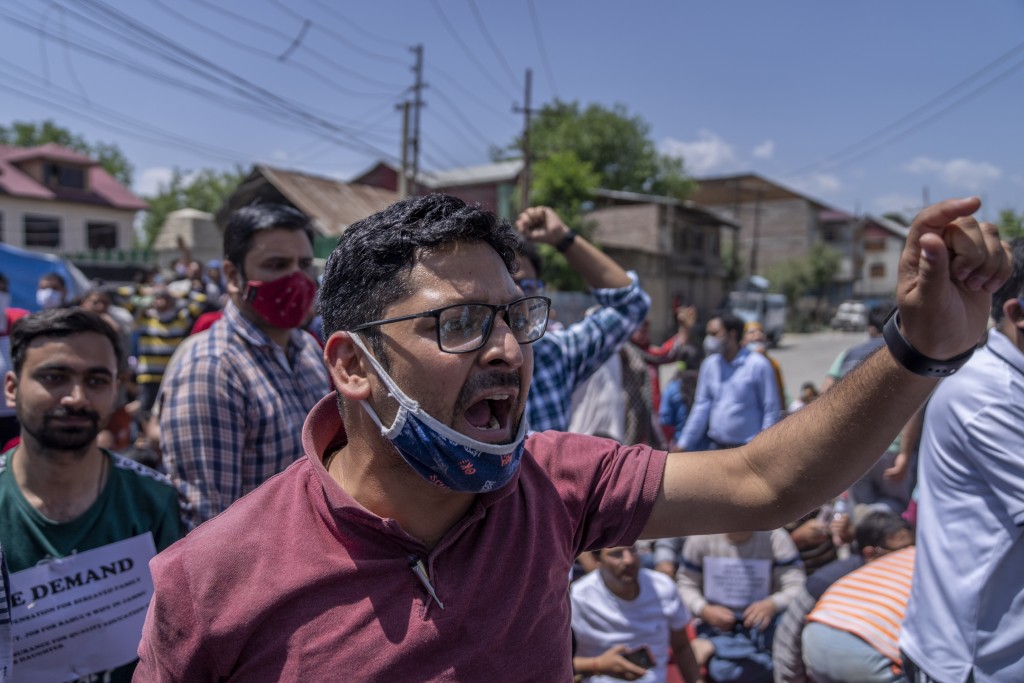 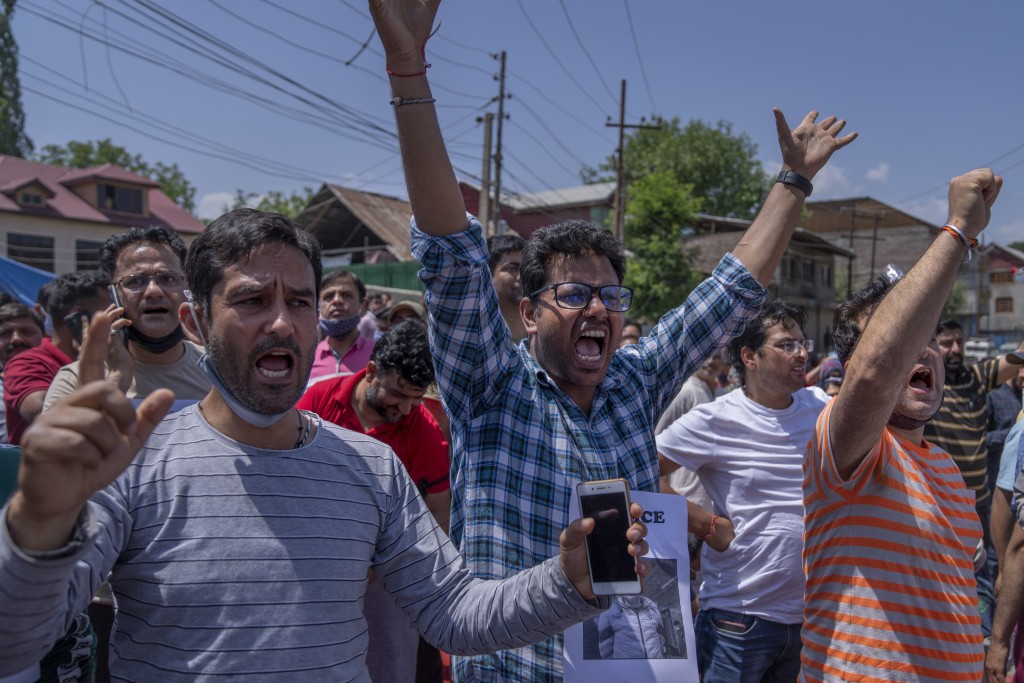 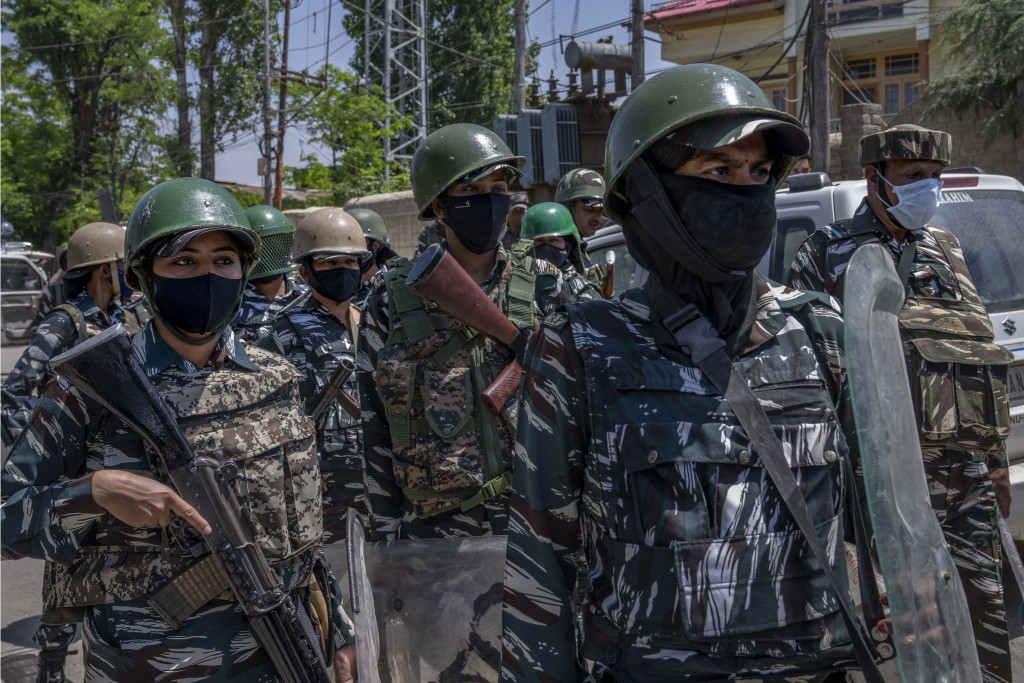 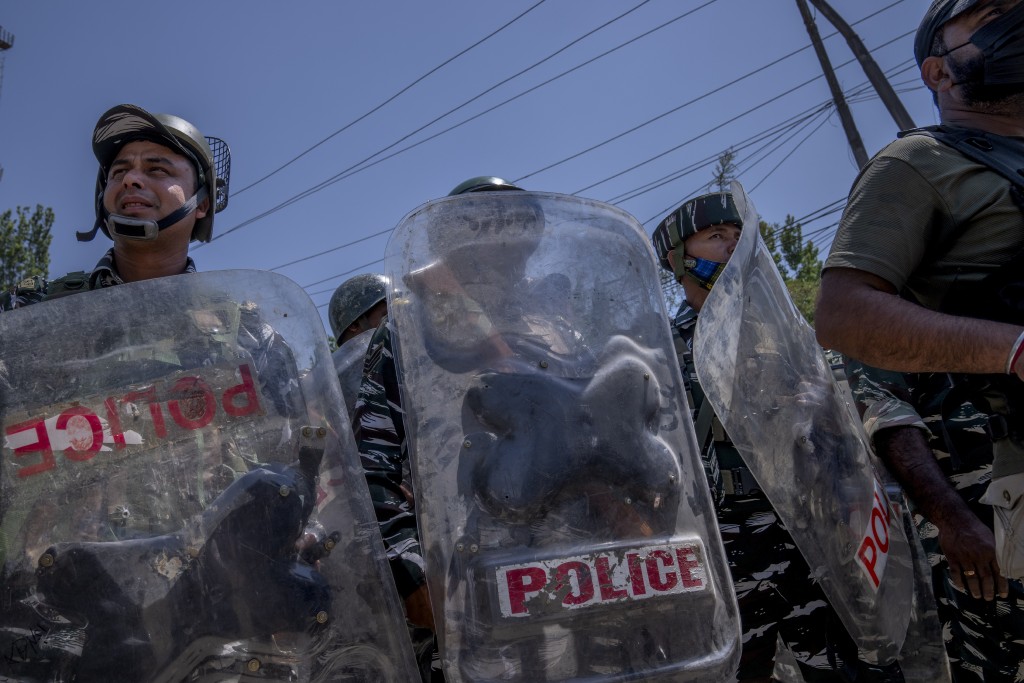 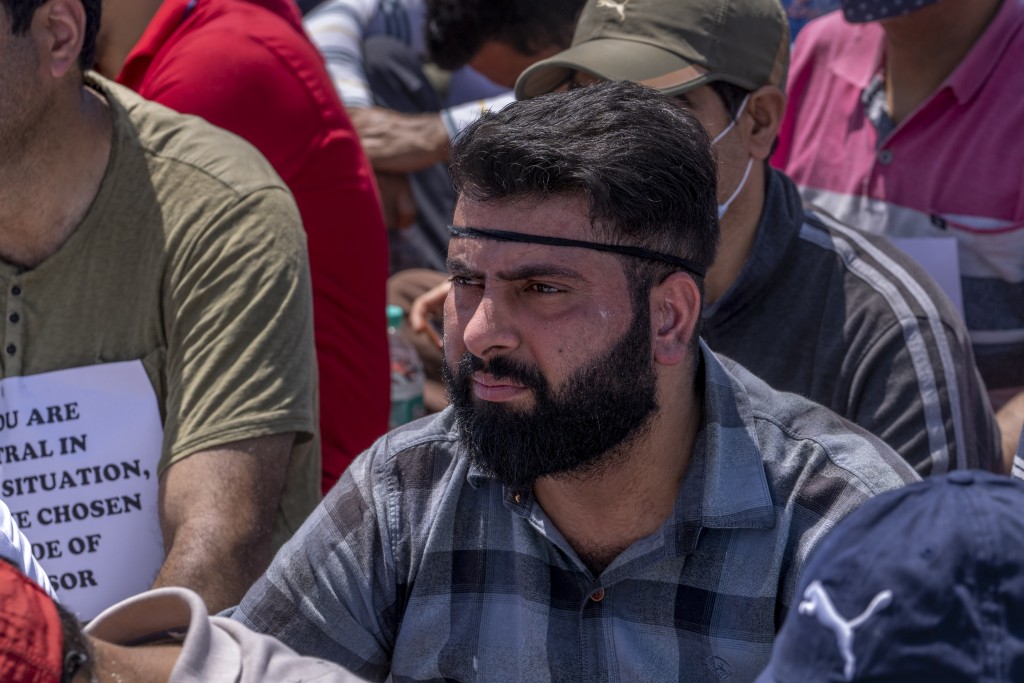 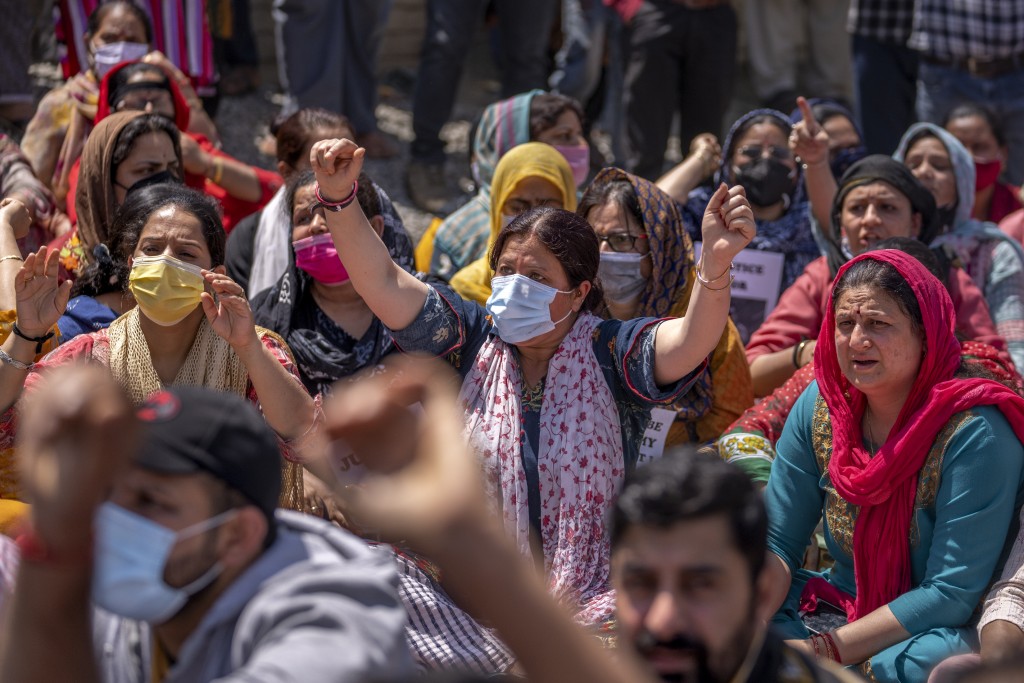 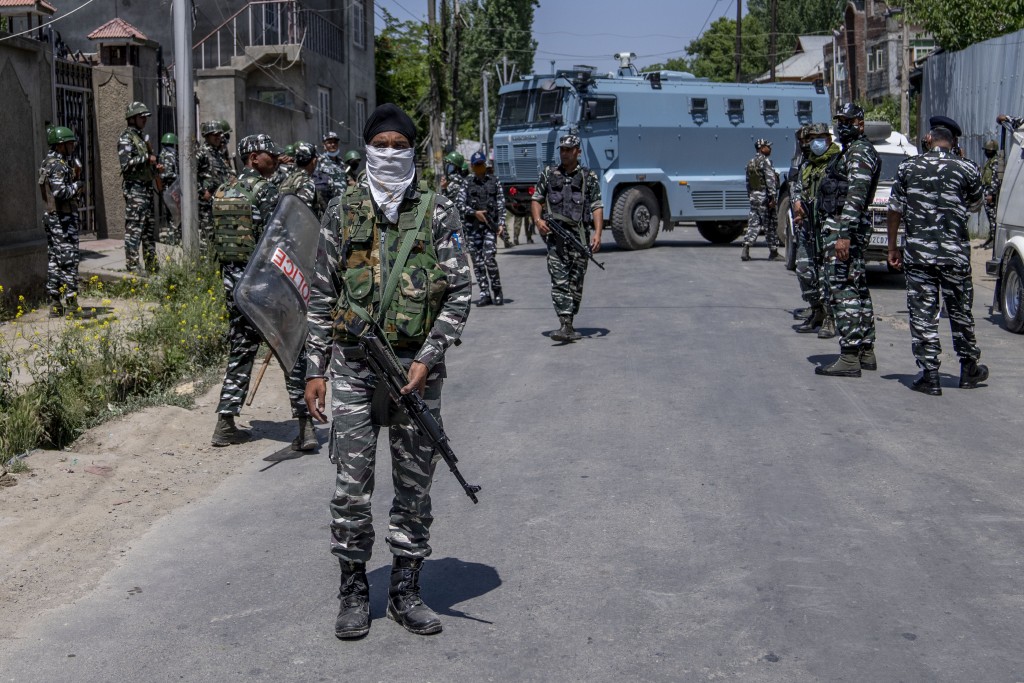 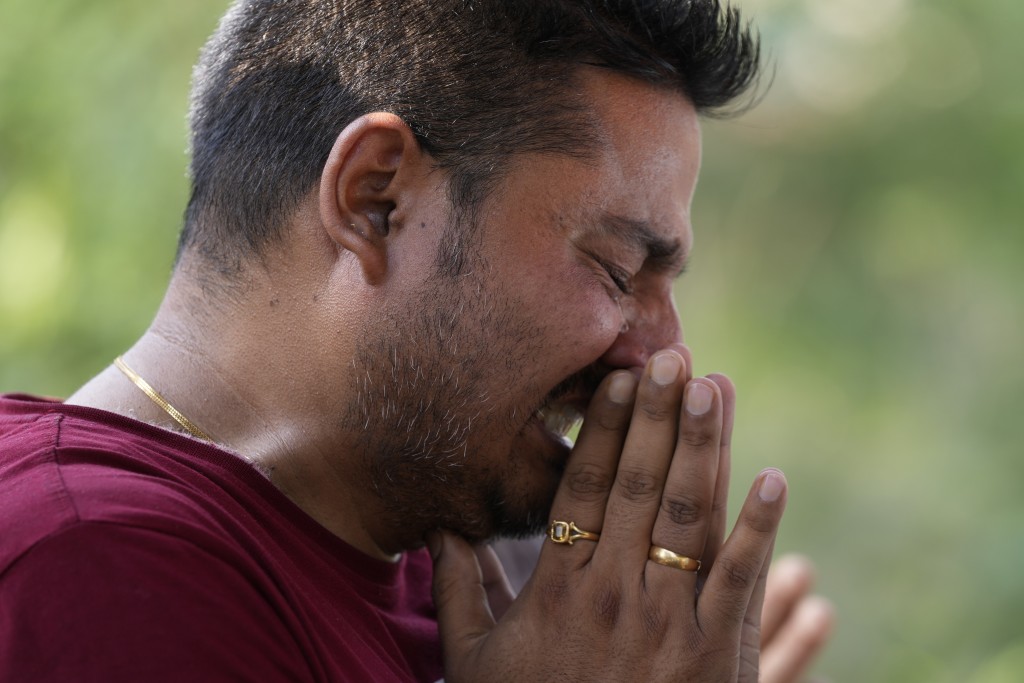 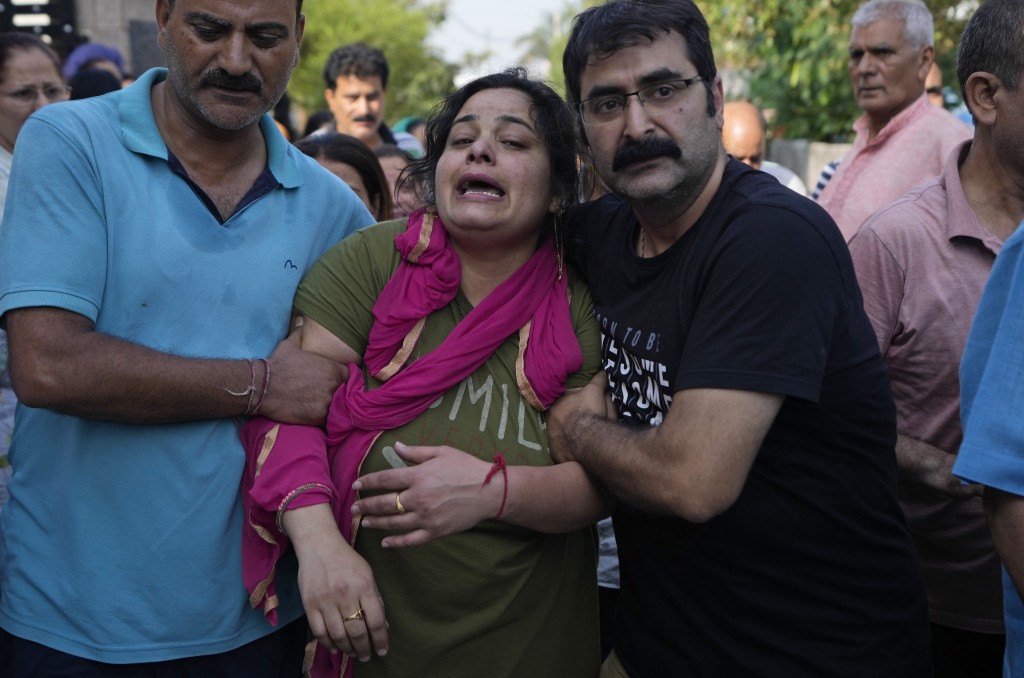 Police blamed anti-India rebels for the killing of Rahul Bhat, a revenue clerk, inside an office complex in Chadoora town on Thursday.

They said two militants entered Bhat’s office and fired at him. He was taken to a hospital, where he died.

Scores of minority Hindus, locally known as Pandits, took to the streets in at least three places and blocked roads to demand that Bhat's killers be brought to justice. They chanted slogans against the government and India’s governing Bharatiya Janata Party, blaming them for inaction.

It was the first time that Pandits have organized simultaneous protests in Kashmir.

Dozens scuffled with government forces in at least one location. Police used tear gas and batons in the Budgam area, where Bhat lived in a protected settlement, to stop protesters from marching to a nearby airport road.

“The government has totally failed” to provide security to Kashmiri Hindus, said Sanjay Kumar, a protester. “It’s a collapse of every system.”

Most Pandits, about 200,000, fled from Kashmir after an anti-India rebellion erupted in 1989, with many believing that it was also aimed at wiping them out. Bhat was among an initial group of about 4,000 who returned after 2010 under a government resettlement plan that provided jobs and housing.

In a letter to Indian Prime Minister Narendra Modi and Manoj Sinha, New Delhi’s administrator in the region, at least 300 Pandits who returned under the 2010 plan threatened to resign from government service following Bhat’s killing. They said the mass resignation was “the only solution to save our lives.”

Last year, suspected rebels killed a minority Sikh and several Hindus, including immigrant workers from Indian states, in a wave of targeted shootings in the region.

Kashmir is divided between India and Pakistan and is claimed by both. Most Muslim Kashmiris in the Indian-controlled portion support the rebels' goal of uniting the territory, either under Pakistani rule or as an independent country.

Most Muslims in Kashmir deny that Hindus have been systematically targeted. But tensions between the groups were renewed after Prime Minister Narendra Modi came to power in 2014 and the Indian government pursued a plan to house returning migrant Kashmiri Hindus in new townships.

Muslim leaders described the plan as an attempt to create communal divisions by separating the population along religious lines, particularly after India stripped the region of its semi-autonomy in 2019 and removed inherited protections on land and jobs.

Also on Friday, two suspected militants and a police official were killed in separate incidents.

Police said two militants were killed in a gunfight with government forces in northwestern Bandipora, and a police officer was fatally shot by assailants in southern Pulwama area. Police blamed militants for the police officer's death.