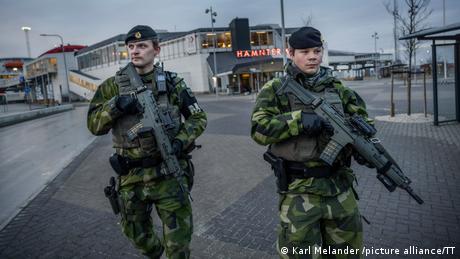 An all-party review of Swedish security policy concluded that NATO membership would have a stabilizing effect and would benefit countries around the Baltic sea, Foreign Minister Ann Linde said on Friday.

"Swedish NATO membership would raise the threshold for military conflicts and thus have a conflict-preventing effect in northern Europe," Linde told reporters when presenting a parliament report on security.

Sweden's parliament was exepcted to debate the security situation on Monday.

Prime Minister Magdalena Andersson was then expected to call a special cabinet meeting where the formal decision to apply would be taken.

If the Nordic country formally joins NATO, it will end over 200 years of Swedish non-alignment.

What this means for NATO-Russia relations

It would be a severe setback for Russian President Vladimir Putin, who used the expansion of the West's defensive military alliance as a pretext for its war in Ukraine.

On Thursday, Sweden's neighbor, Finland made its first move towards joining the alliance.

On Thursday Russia's Foreign Ministry said that Finland joining NATO would "inflict serious damage to Russian-Finnish relations as well as stability and security in Northern Europe." The Kremlin had previously warned of "military and political repercussions'' if Sweden and Finland decided to become NATO members.

NATO's land border with Russia is set to more than double if Finland and Sweden submit their membership applications.

Such an expansion by the Western military alliance would leave Russia surrounded by NATO countries in the Baltic Sea and the Arctic.