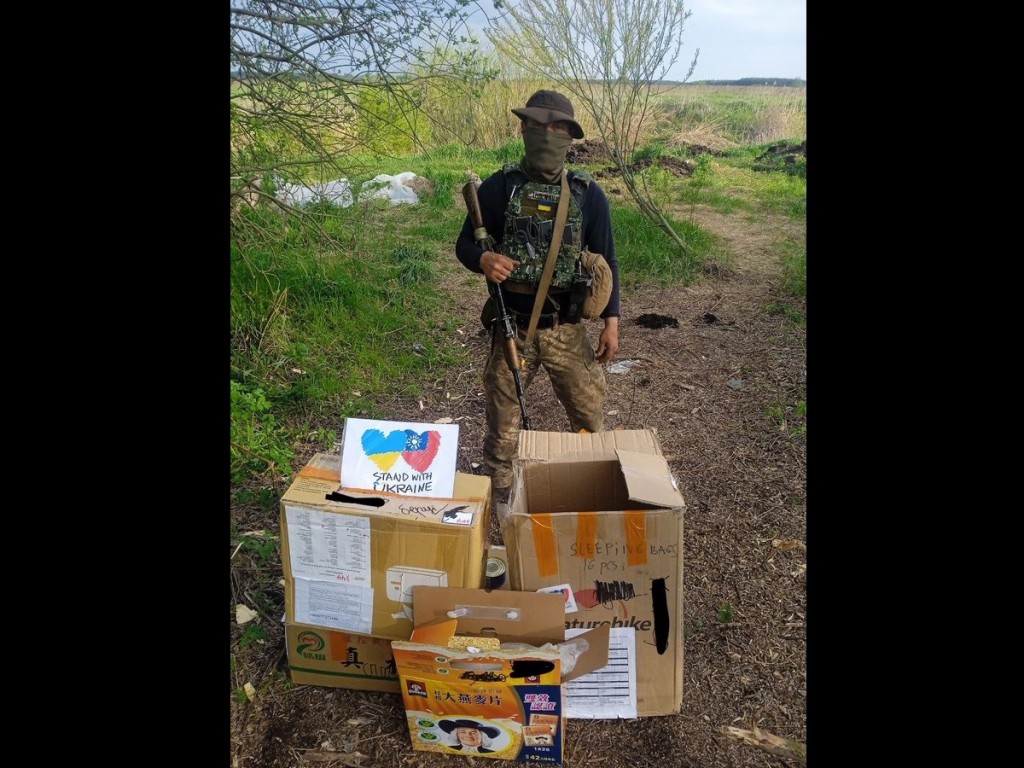 TAIPEI (Taiwan News) — A photo shared by the Ukraine+Taiwan Forum Twitter account on Thursday (May 12) shows a Ukrainian soldier in a Taiwan-made tactical vest standing before several boxes of supplies sent from Taiwan.

The Twitter account is “an independent Ukraine-Taiwan relations advocacy platform” run by the Liberal Democratic League of Ukraine. The post read, “Ukrainian front-line soldiers received humanitarian aid from Taiwan!” with the hashtag “TaiwanCanHelp.”

In the photo, aside from cardboard boxes bearing logos well-known in Taiwan, there was also a sign on top of the supplies showing heart-shaped Ukrainian and Taiwan flags with the message “Stand with Ukraine.” Canned food can be seen sitting on the pile while the words “sleeping bags, 16pcs” were written on one of the cardboard boxes.

A military blog on Facebook entitled “New 27 Brigade Military Discussions” quickly pointed out that the vest worn by the soldier is also from Taiwan. “A soldier from the Ukrainian military received aid from Taiwan. The rolled-oats (box) in the front looks so familiar, another cardboard box is well-known too. The Ukrainian soldier in the photo wears the Taiwanese army’s tactical bullet-proof vest.”

The author and commentators speculated that the vest was either a product of Tactical Eighty-Five or J-Tech, which are both Taiwanese military equipment suppliers. Others noted that the vest, made according to Taiwanese sizes, looked small on the Ukrainian soldier. 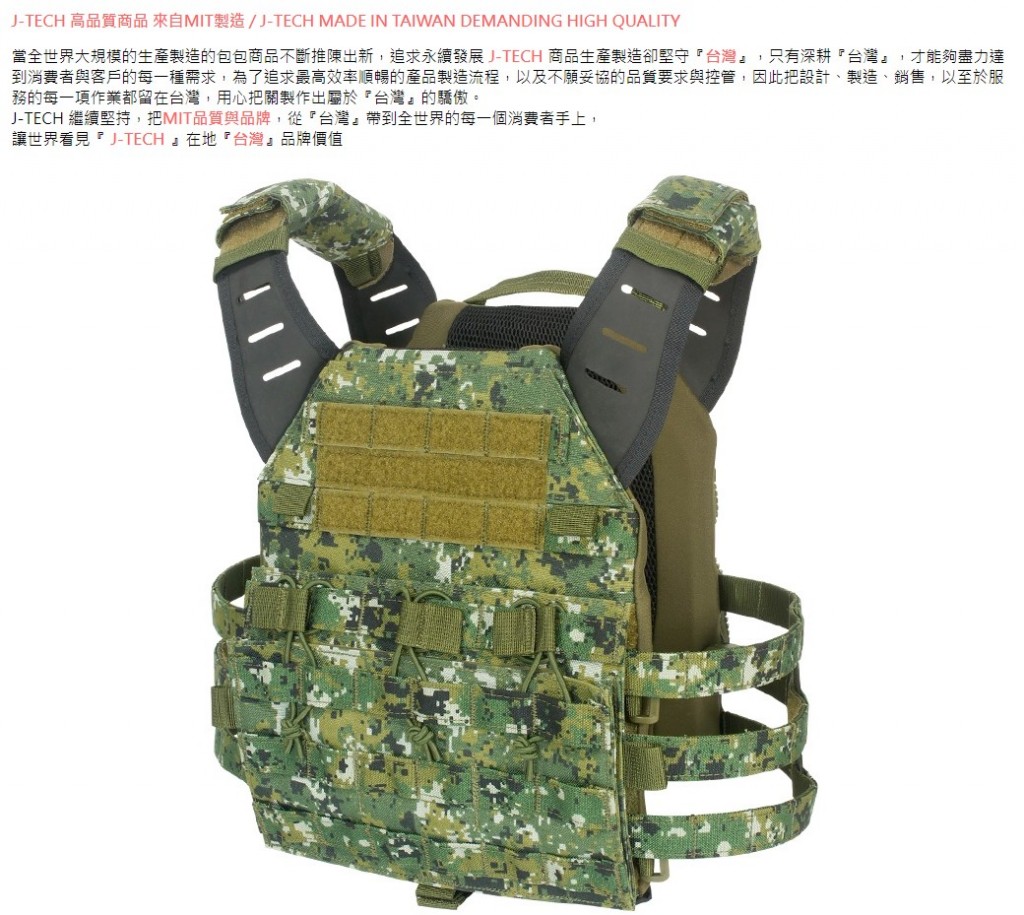 Taiwanese commentators on Facebook believe the soldier is wearing a vest produced by J-Tech. (J-Tech screenshot)