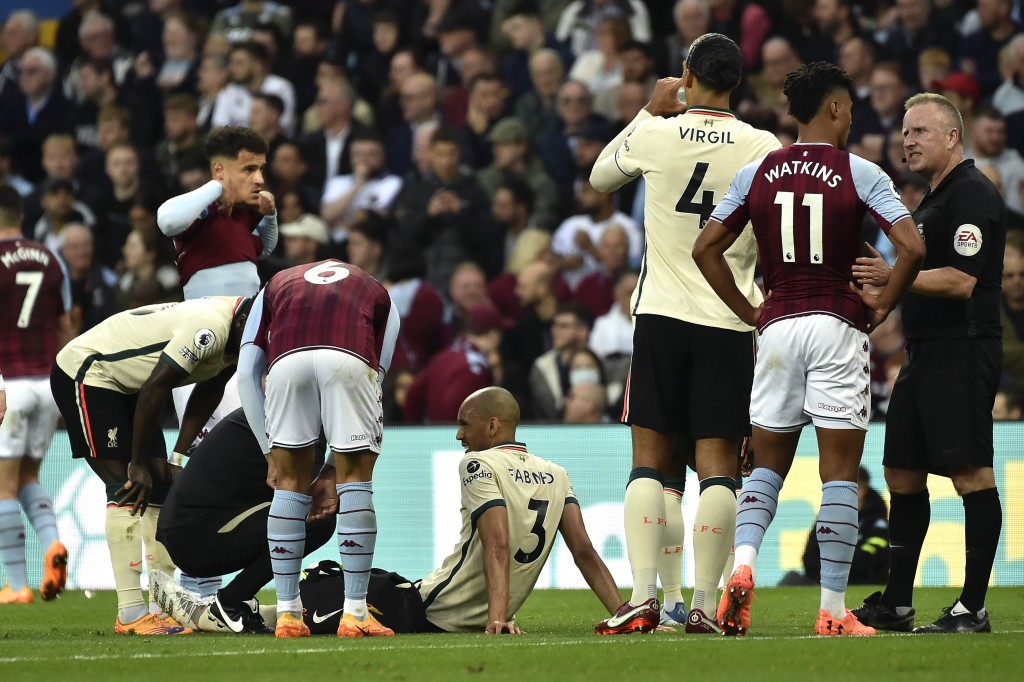 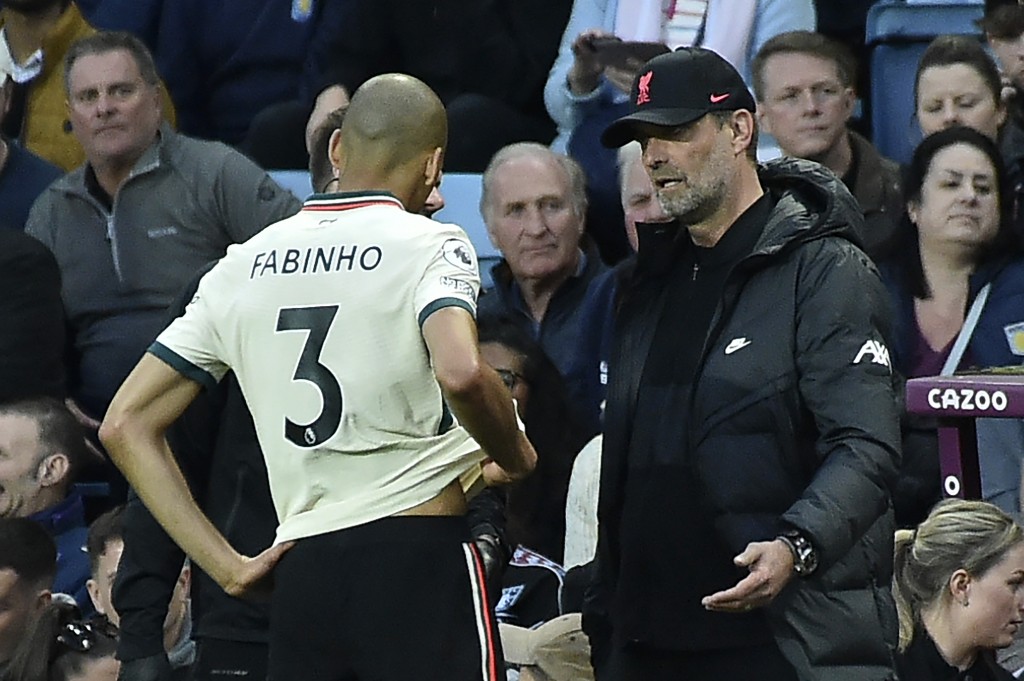 LIVERPOOL, England (AP) — Liverpool midfielder Fabinho will miss the FA Cup final on Saturday but has a chance of playing in the Champions League final on May 28, manager Jurgen Klopp said Thursday.

The Brazil international was forced off with a hamstring problem in the 2-1 win at Aston Villa in the Premier League on Tuesday.

It will rule him out of the FA Cup final against Chelsea at Wembley Stadium and Liverpool's last two Premier League matches, against Southampton and Wolverhampton, as the team looks to reel in Manchester City in the title race.

However, Klopp is hopeful he will be able to call on Fabinho against Real Madrid in the Champions League final in Paris.

“There’s a good chance that he will be available,” said Klopp, who remains confident Liverpool can cope with Fabinho's absence for the remainder of their domestic campaign.

With Jordan Henderson set to play against Chelsea in the anchorman role he has performed occasionally this season, Klopp is likely to rely on Thiago Alcantara and Naby Keita to make up his three in the midfield.