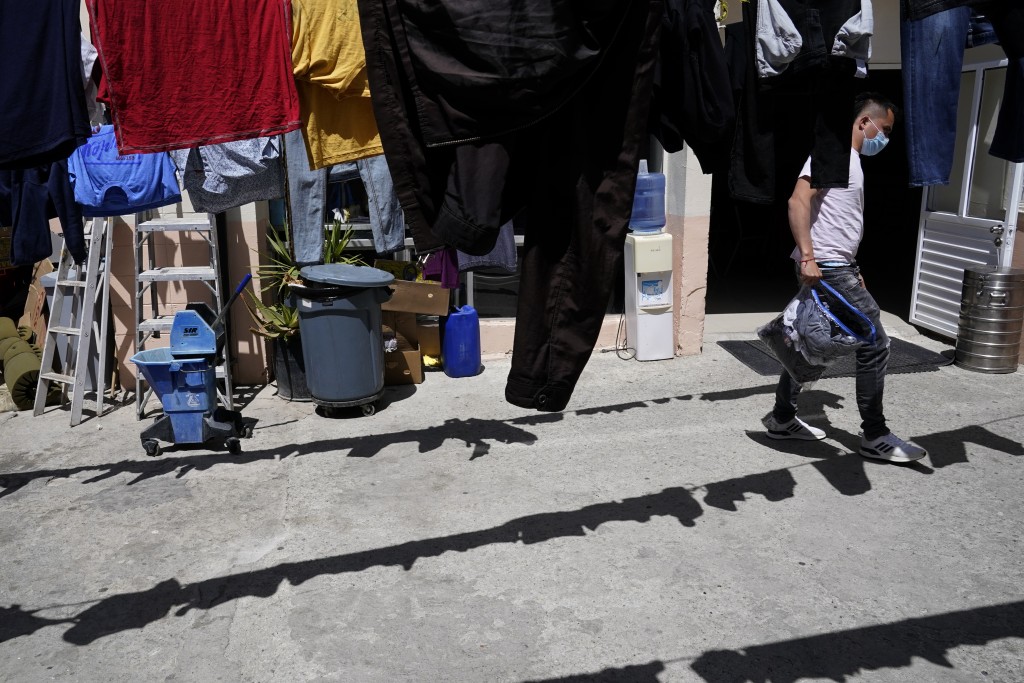 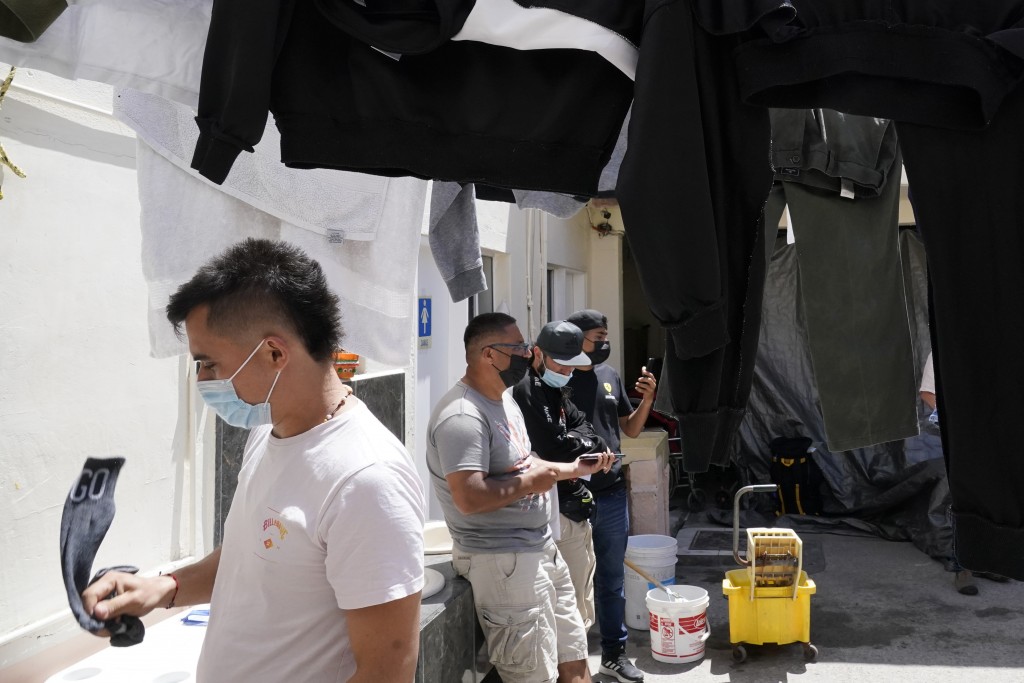 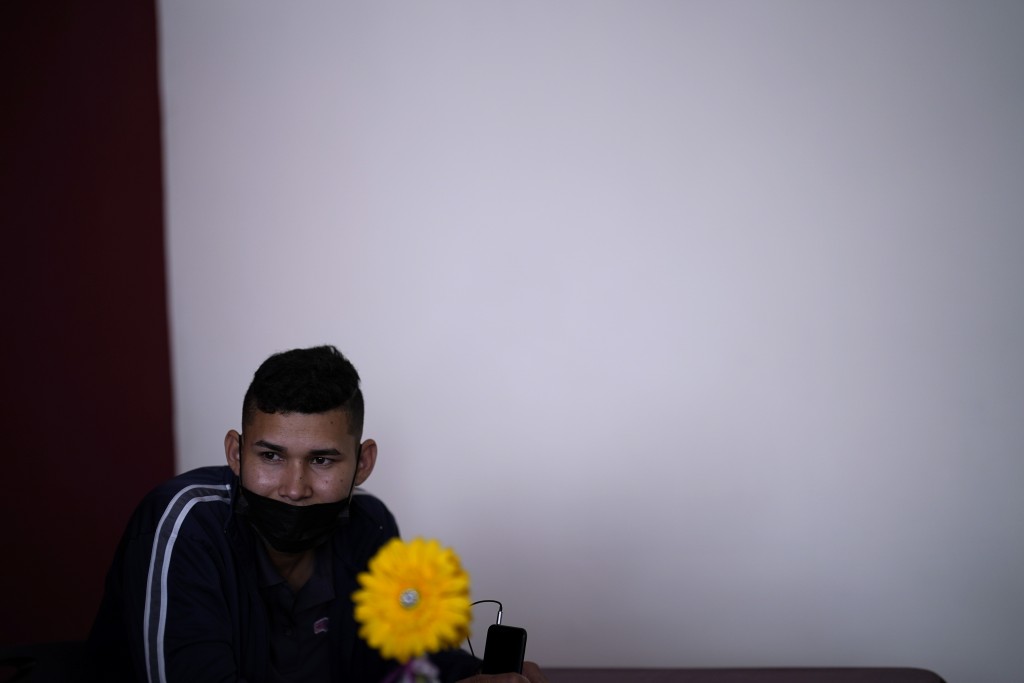 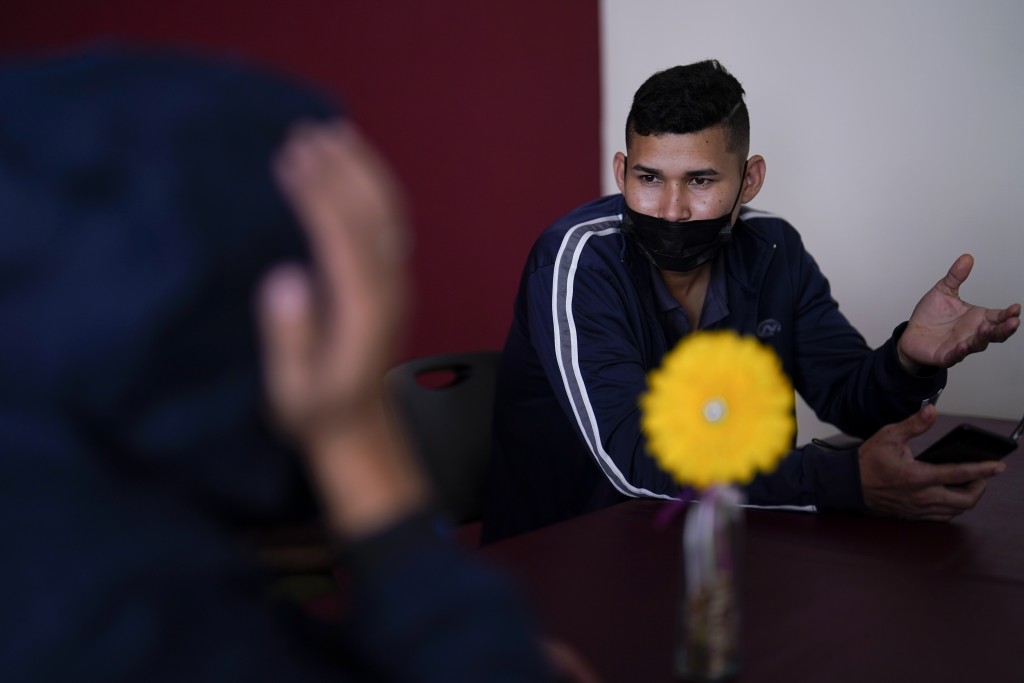 NEW YORK (AP) — When his cellphone and computer accessories business was hard hit by the COVID-19 pandemic, Alvaro started thinking about leaving Colombia for the U.S.

The 55-year-old, who said he also faced discrimination in Colombia for his sexual orientation, learned this year that Mexico doesn't require visas for Colombians. That meant he could easily fly to the U.S. border.

“I started hearing that one could ask for political asylum at the border,” said Alvaro, who insisted that his last name not be published due to his legal status.

Alvaro joined tens of thousands of Colombians fleeing one of Latin America’s most populous countries on a migration route that has rarely been used — until now.

Colombians were stopped at the U.S.-Mexico border more than 15,000 times in March, up nearly 60% from February and nearly 100-fold over last year, according to U.S. Customs and Border Protection figures. Many fly to Mexico City or Cancún and take a bus or another plane to border towns before crossing into the U.S.

Years ago, Colombians came to the U.S. on visas and later asked for asylum, said Andrés Daza, an attorney who works with the Colombian consulate in Miami.

But the Biden administration is pressing Mexico to get stricter. In April, Mexico imposed online registration for Colombians, demanding travel itineraries, hotel reservations in Mexico and departure tickets.

Alvaro found a way around the rules. A smuggler reserved him a hotel room and he flew to Mexico City. From there, he flew to Mexicali, across the border from Calexico, California. He climbed a border wall using a shaky ladder and surrendered to border agents. After being detained a few days, he eventually went to Miami, where he has nephews.

A similar dynamic may be playing out with Colombians.

“If you look at the high numbers of Venezuelans that reached Mexico in December, before the visa restrictions went in January, it could suggest that people were told — it’s a role that smuggling organizations and others play — ‘Now it’s your chance, come now,’” said Maureen Meyer, vice president of programs at The Washington Office on Latin America, a human rights group.

Colombians have little reason to worry. Along with Peru and Chile, Colombia and Mexico form the Pacific Alliance economic bloc. All four countries agree to not require visas of each other.

Colombians have largely avoided expulsions the U.S. has carried out under pandemic-related powers to deny migrants a chance to seek asylum. The U.S. has expelled immigrants more than 1.8 million times using Title 42 authority, which was named for a public health law and is due to expire May 23.

Title 42 has been applied unevenly across nationalities, due to costs, diplomatic relations and other considerations. In March, only 303, or 2% of stops, resulted in expulsion for Colombians, according to CBP. The agency said in a statement that its ability to expel migrants under Title 42 “may be limited for several reasons, including Mexico’s ability and capacity to receive those individuals."

Several hundred Colombians have been expelled under Title 42 authority since the U.S. ramped up flights there in March, officials said. Witness at the Border, an advocacy group that tracks removal flights, tallied 28 to Colombia in March and April, up from 12 in the previous 10 months.

Seated on a metal folding chair in a crowded waiting room at the Colombian consulate in New York, Darwin Hincapié said he left Colombia and flew to Cancún after being extorted by gangs. Hincapié listened to music on his headphones while hoping to get a Colombian passport. U.S. border agents took his after he crossed the border in November with a smuggler.

“There is quality of life here I don’t have that in Colombia,” said the 27-year-old, who now lives in Queens.

In rural areas, community leaders face threats from rebel groups and drug cartels fighting over territory abandoned after the country's largest rebel movement, the Revolutionary Armed Forces of Colombia, also known as FARC, made peace with the government in 2016.

“Many are professionals, but they come through the border, by foot. Can you believe it?” she said, adding that some come to her organization for food and clothes.

Jaime Rojas and his wife, Nataly Chaparro, are among professionals who crossed on foot. They left Bogotá with their two kids after Rojas lost his job as an information systems technician and Chaparro lost hers as an English teacher. They also faced retaliation from gangs because of their volunteer work trying to steer young people away from drugs.

The family now lives in New Jersey. The husband and wife work 10 to 12 hours a day sorting legumes and packaging salads at a wholesale food manufacturer.