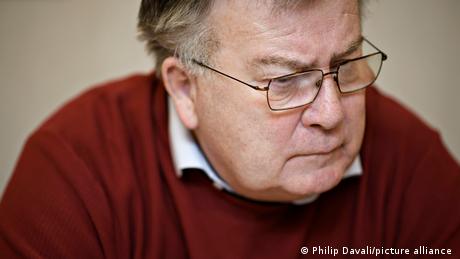 Denmark's justice ministry said in a statement released on Thursday that it has received a recommendation from the attorney general to prosecute former Defense Minister Claus Hjort Frederiksen for leaking highly classified information.

The ministry said that it has invited lawmakers to discuss the possibility of lifting Frederiksen's parliamentary immunity as he is still serving as a lawmaker in the Folketing.

Frederiksen served as defense minister between 2016 and 2019. It was revealed in January that he had been preliminarily charged with violating a section of the penal code that includes treason for leaking state secrets.

Although the details of the charges have not been made public, Frederiksen has previously suggested that they could be connected to comments he made about the secret surveillance agreement between the Danish government and the US National Security Agency (NSA).

The senior opposition lawmaker faces up to 12 years in prison if convicted of disclosing highly classified information.

"I sincerely hope that the public and all members of the parliament can now gain insight into what it is that the government believes I have done, that can be viewed as treason," Frederiksen told Danish newspaper Ekstra Bladet.

The former minister has previously rejected the charges against him.

In December, the 74-year-old spoke about the deal between Copenhagen and the NSA which led to the US agency spying on Washington's allies, including Germany's former chancellor, Angela Merkel.

"I must risk a prison sentence… I have informed [Danish officials] that this agreement existed," he said in a television interview, adding that it gave Denmark the status of "a trusted partner" of the US.

Danish public broadcaster DR revealed last year that the Danish Defense Intelligence Service concluded, following an internal investigation in 2014, that the NSA had used its cooperation with Copenhagen to spy on neighboring countries.

Spying was conducted on leaders and officials in Germany, France, Norway and Sweden.

The revelation rocked the small Nordic country and triggered a diplomatic scandal.

In December last year, the former foreign intelligence chief Lars Findsen was placed in pre-trial custody, also with preliminary charges of "disclosing highly classified information." He was released in February by an appeals court.

The details of the case against Findsen have been kept secret.