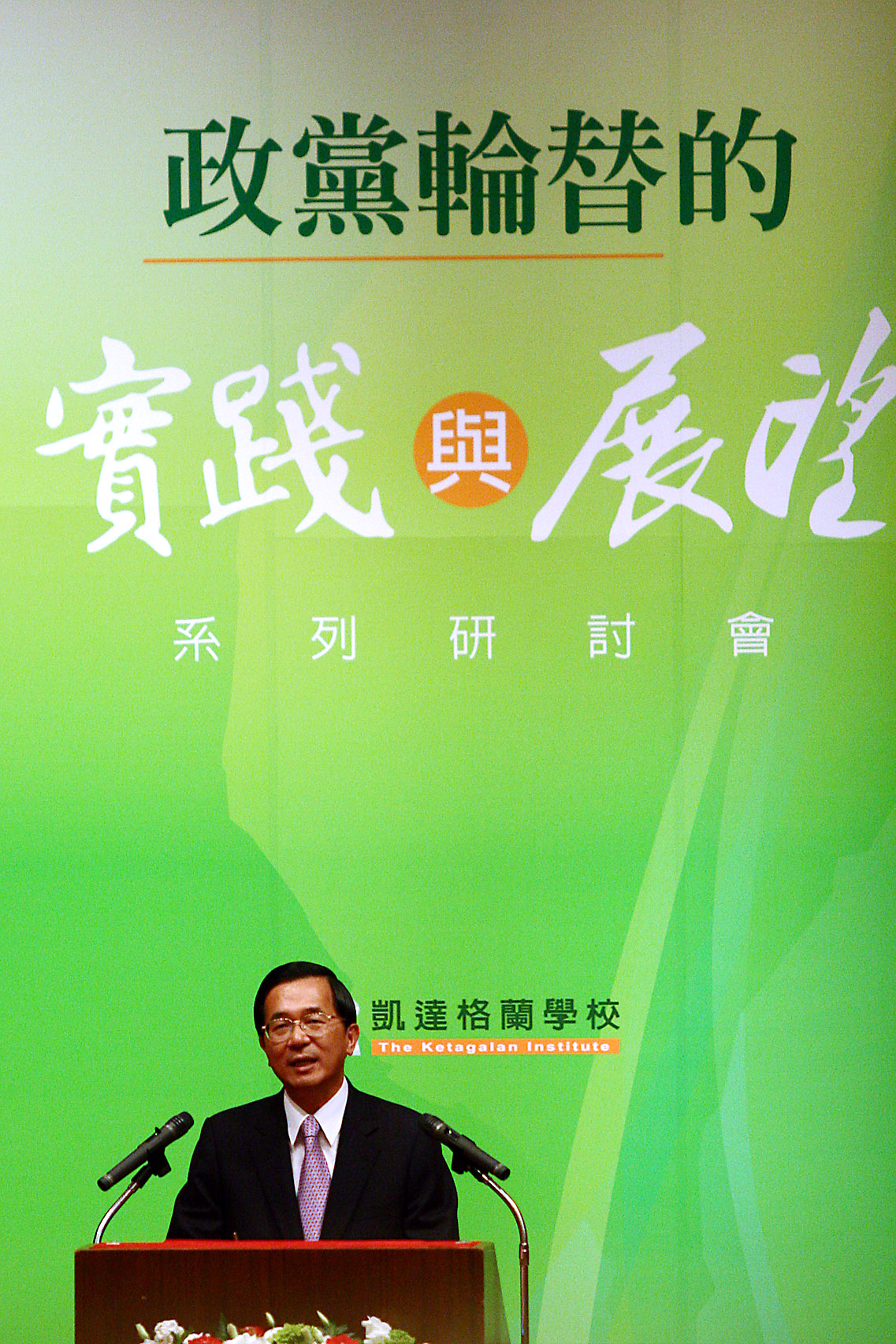 President Chen Shui-bian (陳水扁) marked his seventh anniversary in power yesterday by promoting ocean conservation in southern Taiwan and with a renewed call to rewrite the Constitution even as academics said he must prepare for a diminishing political role during his final year in office.
The president emphasized that he will work hard to push for a new Constitution and amendment to the referendum act during his last year in office to realize the ideal of popular sovereignty, noting that Taiwan needs another eight years to deepen its democracy.
Chen also renewed his pledge to push for a new Taiwan constitution yesterday as he addressed a group of Democratic Progressive Party supporters in Taipei. Chen has argued he simply wants to streamline the island's political system and to advance democracy.
Chen will be hard pressed to push the new Constitution through the opposition-controlled Legislature. Opposition lawmakers fear the move could raise tensions with China, which sees it as a step toward permanent independence.
"People say we are too politicized and have ignored the economy,'' Chen said. "But democracy is itself a way of life and can best equip us to deal with economic problems.''
The president disclosed that Deputy Presidential Office Secretary-general Cho Jung-tai (卓榮泰) will serve as acting secretary-general, succeeding Chiou I-jen (邱義仁), who will be sworn in as vice premier today.
Chen is set to become more of a campaign coordinator for the ruling DPP than leader, as his rival, and former premier, Frank Hsieh (謝長廷) gears up for March 2008 elections as the party's presidential candidate.
"Chen and Hsieh are brought together by their common goal to win,'' said Wu Chih-chung (吳志中), political science professor of Soochow University, stressing, "Chen must let Hsieh run his election campaign as he wishes, while he himself will take the secondary role of dispensing resources.''
DPP Lawmaker Cheng Yun-peng said Chen will become more of a party team player and likely won't make any bold political decisions with the election upcoming. "President Chen cannot afford to become the party's sinner,'' he said.
Meanwhile, Chen joined a group pf young volunteers in cleaning up marine oil spills near Hsiaoliuchiu, an islet off the southernmost Pingtung County.
Flanked by some 50 volunteers and 20-odd members of the foreign diplomatic corps posted in Taiwan, Chen took a ferry to Hsiaoliuchiu at around 10: 20 a.m., where he cleaned up spilled oil that has contaminated areas of the islet's major fishing port.
"After I step down next year, I will do more of this to become a happy volunteer worker,'' Chen said.
Also during the trip to Hsiaoliuchiu, Chen watched experts put in place an artificial fishery reef.
Chen noted that the reef is a floating one and therefore will not cause damage to the coral reefs or other marine life in the area. However, he added that he welcomes public debate on concerns that manmade fishery structures may cause damage to marine ecologies.