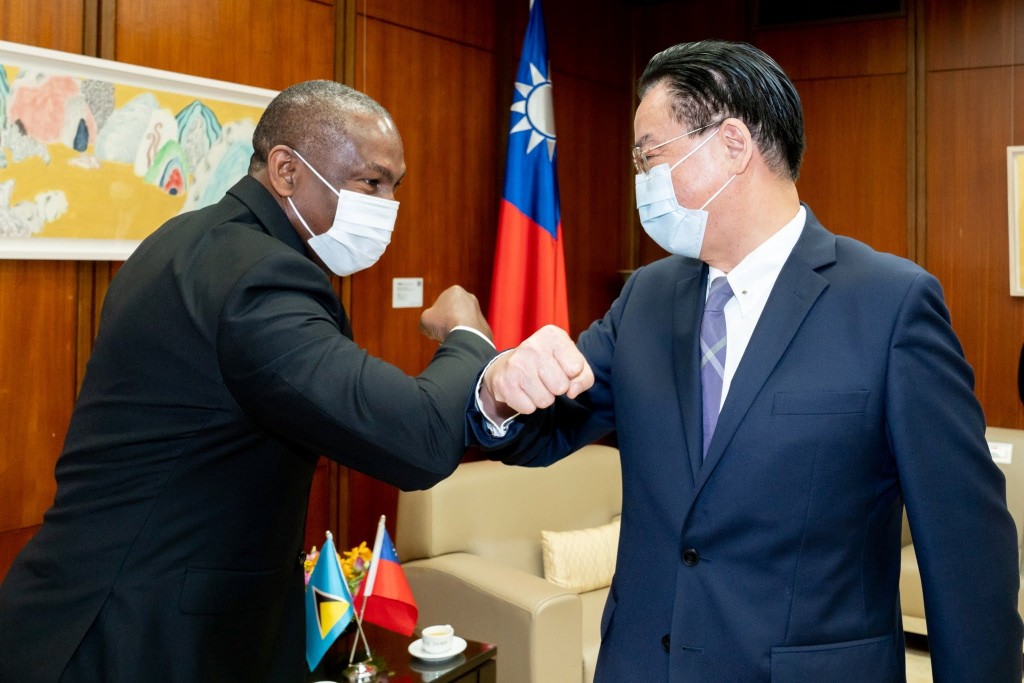 Lewis told Taiwan News that under this year’s Saint Lucia Independence Day Anniversary theme, “Douvan Ansanm- Forward Together: Celebrating Our People,” the government has pledged to cooperate with people to “meet the aspirations, dreams, and needs of the citizens of Saint Lucia in a collaborative manner and fashion” at home and abroad.

The embassy will continue that spirit by striving to build a sense of camaraderie and national pride amongst Saint Lucians in Taiwan, he said.

In doing so, the embassy, with the help of Saint Lucians in Taiwan, will also share the history and culture of the Caribbean nation with Taiwan, Lewis said. “Saint Lucians, like Taiwanese, are warm and friendly people. We believe in sharing with others the values that we cherish.”

Lewis said he will continue strengthening the mutual friendship and cooperation that has grown over the last 30 years between the two countries, adding that he hopes for deeper cooperation in agriculture, education, health, business, and entrepreneurial services. These fields in particular are critical to the development of Saint Lucia, he said.

The ambassador also expressed the desire to quadruple the number of scholarships Saint Lucia receives annually from Taiwan, which would help realize Saint Lucia Prime Minister Philip J. Pierre’s educational goal to have one graduate per household. “There is an insatiable appetite among Saint Lucians for educational opportunities,” Lewis said, adding that he hopes Taiwan will increase scholarships to Saint Lucia starting July 2022.

Touching upon the impact of the COVID-19 pandemic on his country, Lewis said that despite suffering from a “dampened and obstructed” economy, Saint Lucians have been able to overcome challenges brought on by the virus. He attributed the country’s ongoing post-COVID recovery to the people's “resilient, perspicacious, and goal-oriented” disposition.

The ambassador mentioned the country received assistance from Taiwan during the height of the pandemic, including donations of PPE equipment, oxygen concentrators, medical equipment, and expertise. He said that under the Pierre administration, the nation has begun to experience an economic revival in the past 10 months.

One vital factor in this revival is tourism, which he said accounts for approximately 60% of Saint Lucia’s GDP. The country has been open to tourism for more than a year now, Lewis said.

Since his arrival on March 13, Lewis said he has felt the warmth and friendly hospitality of the Taiwanese and perceived “a sense of paradise regained in this world,” which he expressed gratitude for. He added that he was glad to have agreed to represent Saint Lucia in Taiwan.

“I trust we will continue to seek ways to further the bonds of friendship and cooperation between our countries,” he said.

The ambassador added that he looks forward to meeting more Taiwanese to gain more in-depth knowledge of Taiwan’s culture and history, and to share Saint Lucia’s own customs.

Lewis presented his credentials to Minister of Foreign Affairs Joseph Wu (吳釗燮) on April 20 and President Tsai Ing-wen (蔡英文) on May 5.