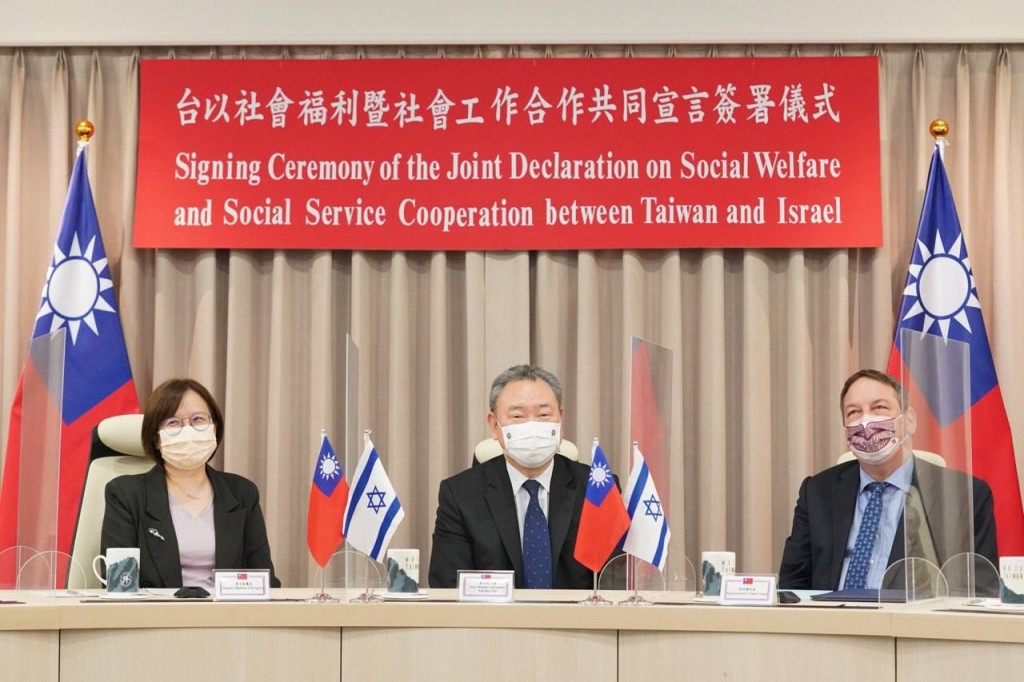 TAIPEI (Taiwan News) — Taiwan and Israel have signed a joint declaration on social welfare cooperation between the social services of the two countries, reports said Thursday (May 12).

The document is the 30th bilateral accord signed by the two nations and the fifth since 2020, CNA reported. Previous recent agreements covered topics such as volunteer exchanges and recognition of each other's driver’s licenses.

The Ministry of Foreign Affairs (MOFA) interpreted the signing as the latest expression of friendship between the two countries and a step toward deepening cooperation and exchanges.

Both sides look forward to the post-COVID era and expanding their joint handling of social issues and sharing their experiences, according to officials.