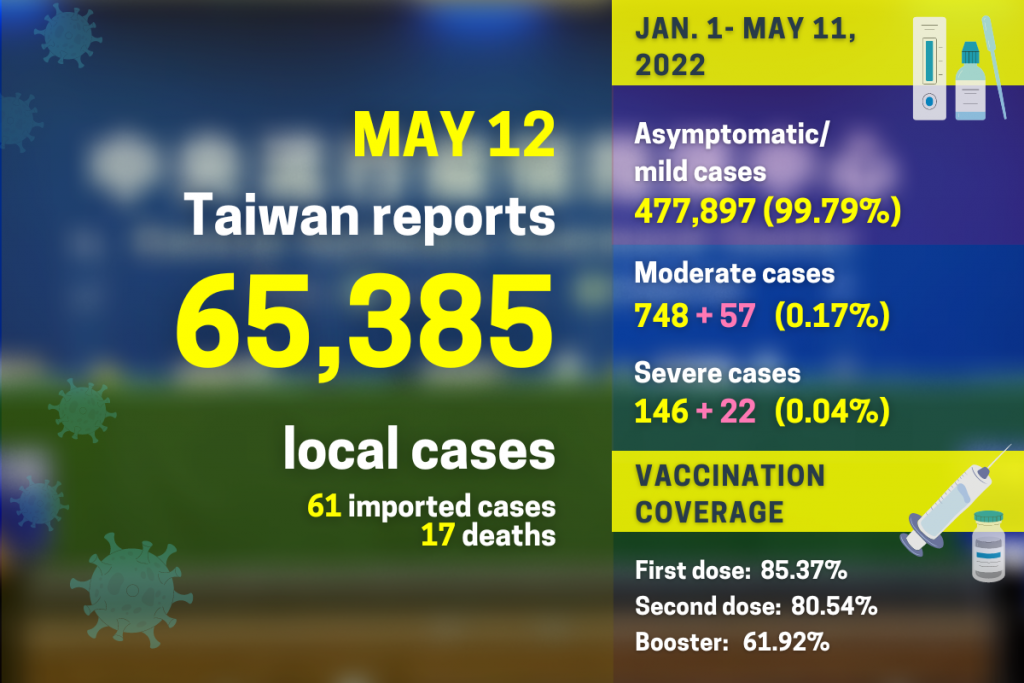 The 17 COVID deaths announced on Thursday include nine men and eight women ranging in age from their 60s to their 90s, all of whom had been classified as severe cases. Fifteen had a history of chronic disease, and six were not vaccinated. Their dates of diagnosis ranged from April 29 to May 9 and dates of death from May 5-10.

The 61 imported cases include 25 males and 36 females ranging in age from their teens to their 70s. They arrived between March 16 and May 11, and their country of origin is still under investigation.

Up until now, 968 individuals have succumbed to the disease. Of the 953 deaths from local infections, 463 were in New Taipei; 346 in Taipei; 41 in Keelung; 36 in Taoyuan; 16 in Changhua County; 14 in Hsinchu County; seven in Taichung County; six in Yilan County; five in Hualien County; four in Pingtung County, three in Miaoli County; two each in Kaohsiung City, Yunlin County, Nantou County, Tainan City, and Taitung County; and one each in Hsinchu City and Chiayi County. The 15 other deaths were imported cases.