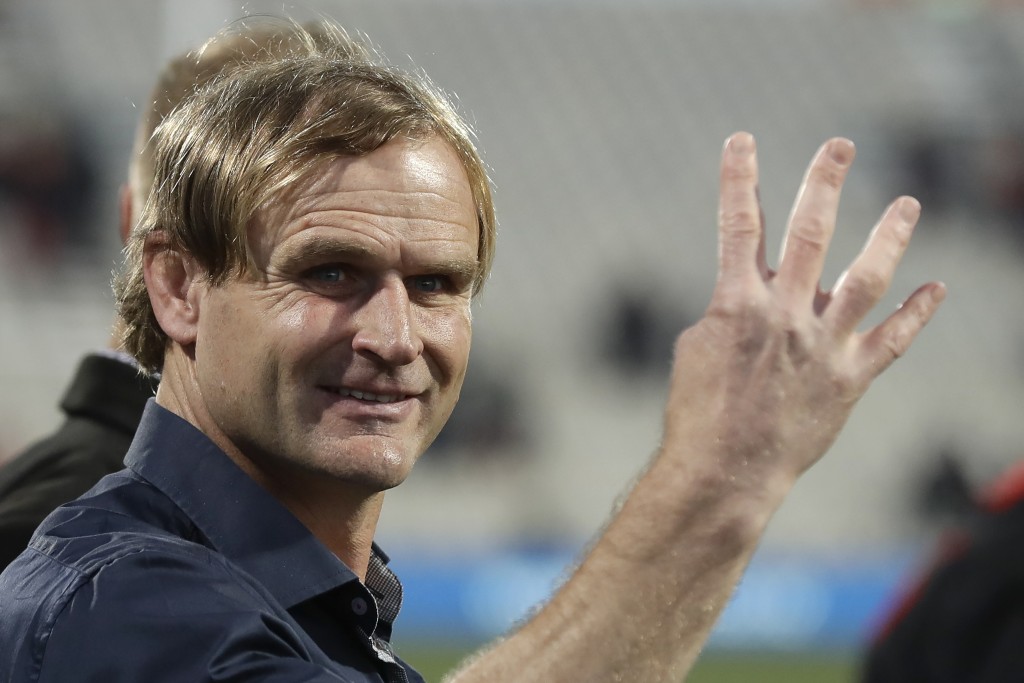 WELLINGTON, New Zealand (AP) — The marquee meeting of the Crusaders and Brumbies in Super Rugby Pacific on Friday may be a test of the popularity and durability of the tournament as much as the respective strength of two potential champions.

The match in Canberra likely will be the first in 13 weeks of the regular season to compel the attention of fans on both sides of the Tasman.

Derby matches in the first half of the season mostly failed to create interest beyond domestic audiences in Australia and New Zealand. In New Zealand live attendances and television audiences haven’t yet bounced back to levels from before the COVID-19 pandemic.

Until the ninth-round match in Christchurch between the Crusaders and Auckland-based Blues, television audiences for prime-time matches in New Zealand this season averaged around 100,000 — roughly half of the 2019 audience for games in prime time.

When COVID restrictions on crowds were lifted in New Zealand earlier this season, attendances only slowly recovered to levels which were common prior to the pandemic.

Attendances and television audiences have been higher in Australia, peaking for matches between the Canberra-based Brumbies and Queensland Reds in weeks five and seven. Still, there are signs in both countries that Super Rugby doesn’t attract fans as it once did.

The departure of South African clubs in 2020 from the Super Rugby tournament may have played a role. The move of those teams to Britain also is being held responsible by some commentators for the subsequent dip in the standard of teams in New Zealand, even the All Blacks.

“In the first year we thought we wouldn’t miss them because we had (Super Rugby) Aotearoa and that was tough enough as it was, while in the second year we had two competitions,” Robertson said.

“You then looked over your shoulder and watched them play ... and realized that their mentality to the game, their style, their strength (is) what makes our game great. It’s just a different flow or a different game and when we play them I think we’re better for it, and so we do miss them.”

The Canberra match, between a genuinely strong Brumbies squad and a Crusaders lineup not at its best but still in title contention, could be the best of the season so far. The teams are perennial rivals and have played out many memorable matches, though the Crusaders have won their last 10 meetings.

“It’s a pretty simple equation around the result, how it sets you up for the back end with only a couple of games after this,” Robertson said. “We actually looked a little bit at the history (between the teams), some great tussles and historic games we’ve had over the years, a number of finals, some great occasions we’ve had.”

The Brumbies have lost only once this season, while the Crusaders have lost three times in an unusually poor year. But injuries to powerful backrower Rob Valetini and flyhalf Noah Lolesio are setbacks for the Brumbies.

“We’ve just got to get on with it,” coach Dan McKellar said. “We feel like the squad is well prepared to handle setbacks like this.

“The reality is you need to deal with adversity and just get on with it. We’re turning up to win.”

Round 13 kicks off with Highlanders hosting the Western Force in Dunedin on Friday, followed by the Brumbies at home against the Crusaders in a game featuring the second- and third-place teams on the ladder.

On Saturday, Fijian Drua and Moana Pasifika will meet in a match between two expansion teams, followed by the Blues at home in Auckland against the Reds and the New South Wales Waratahs hosting the Hurricanes. The Rebels will take on the Chiefs on Sunday.