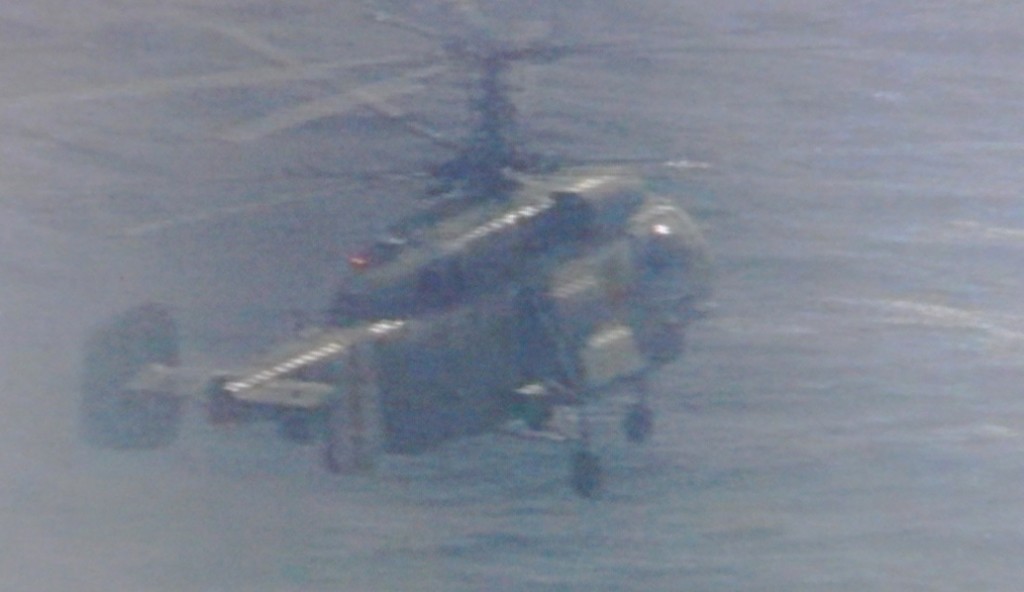 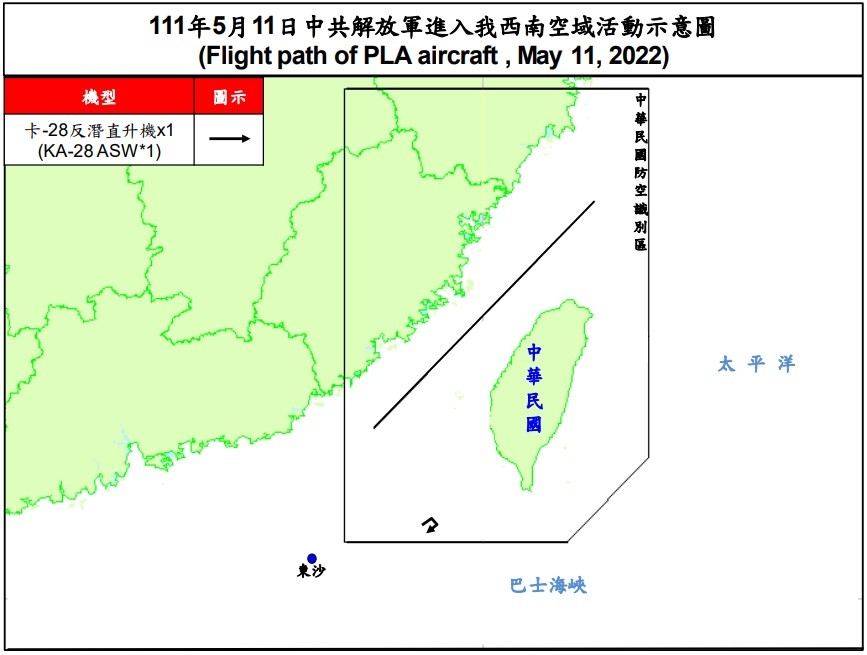 Flight path of Chinese helicopter on May 11. (MND image)