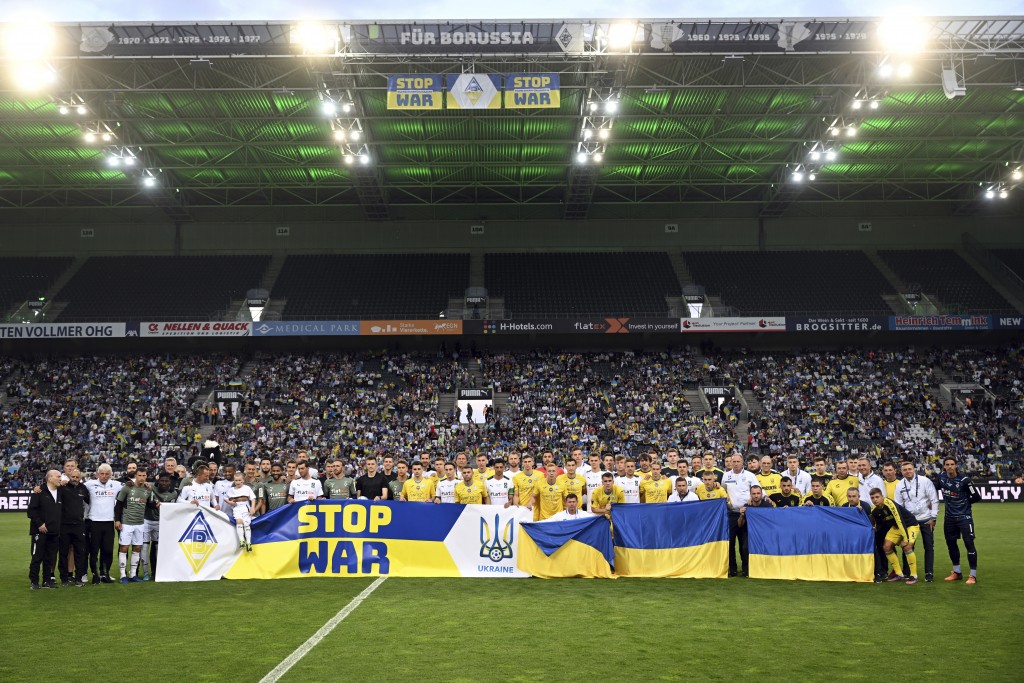 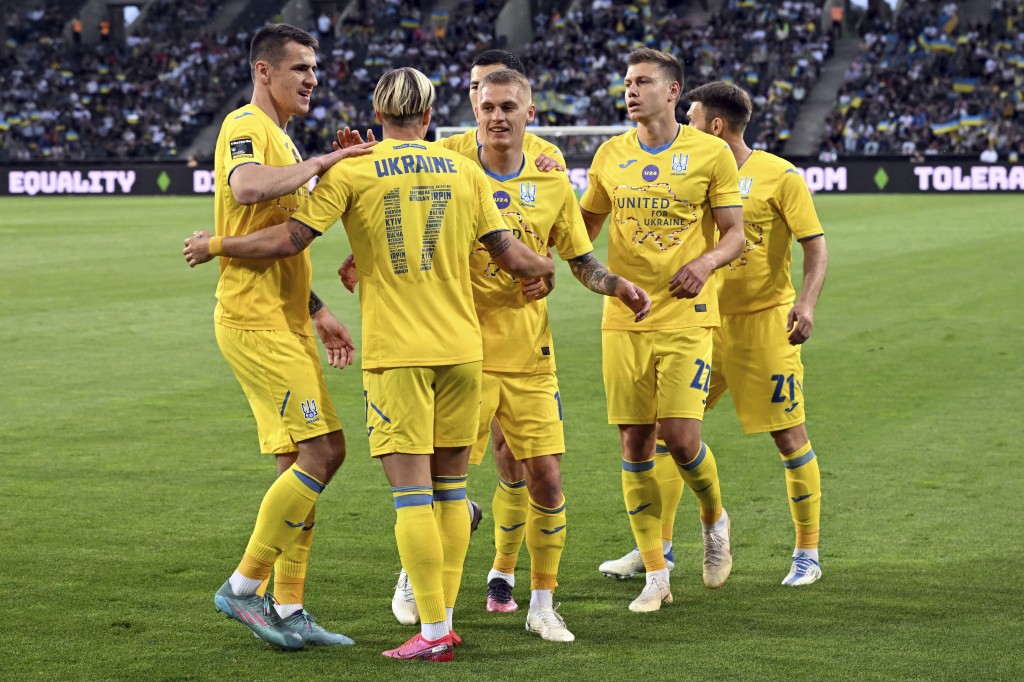 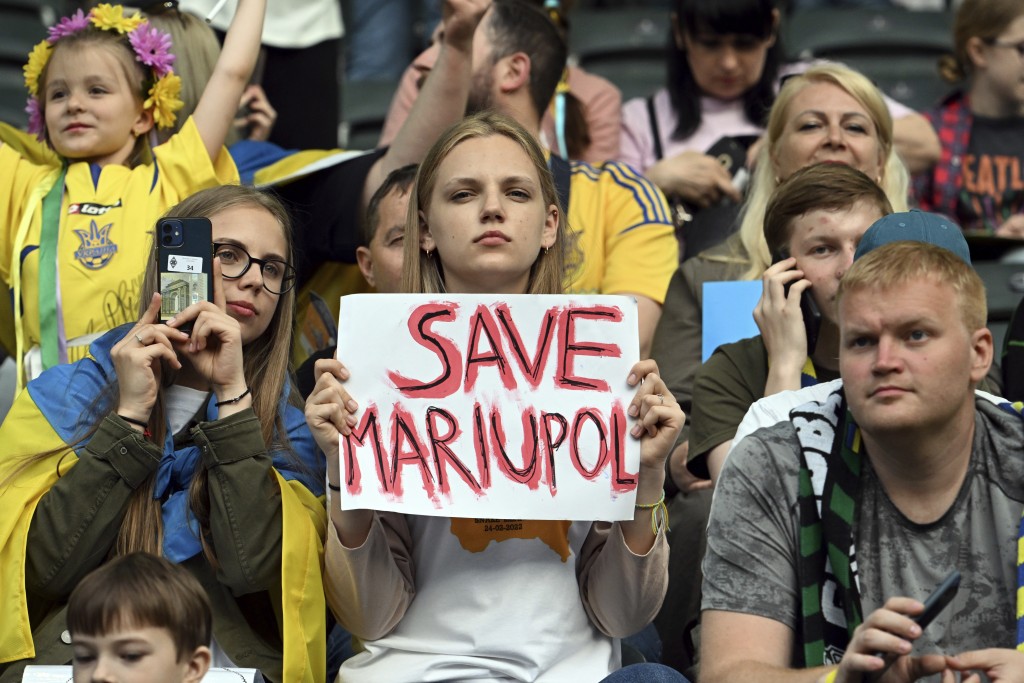 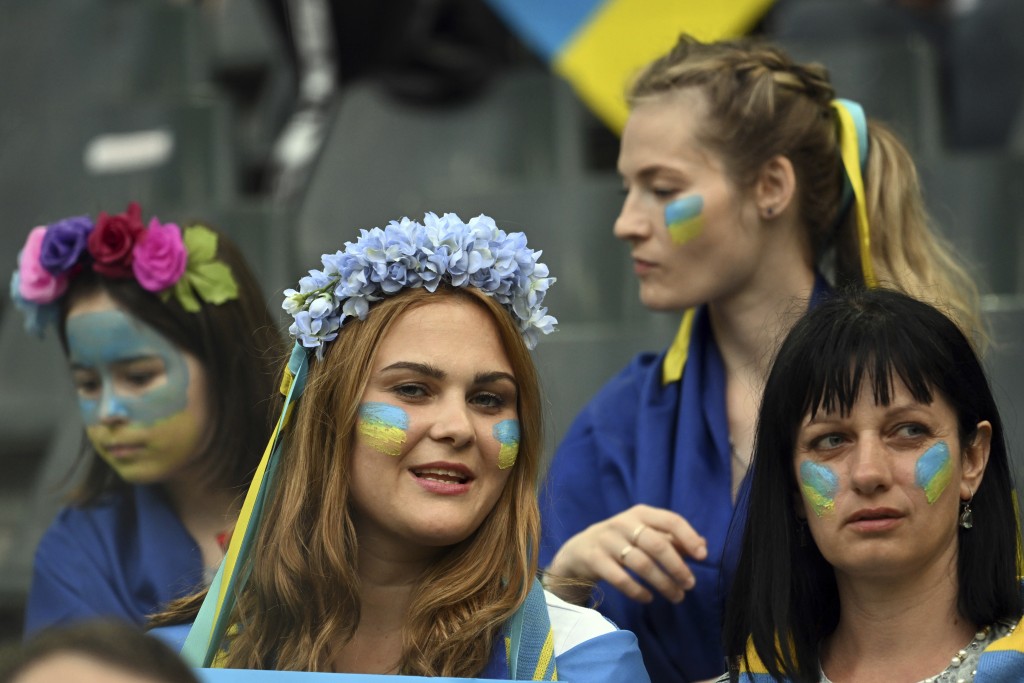 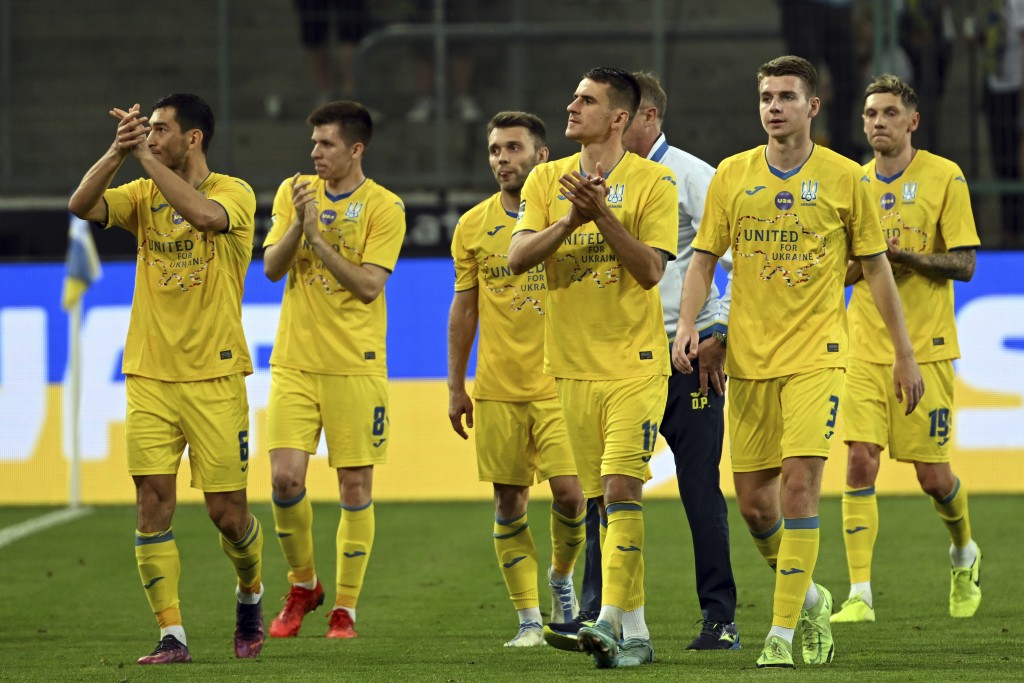 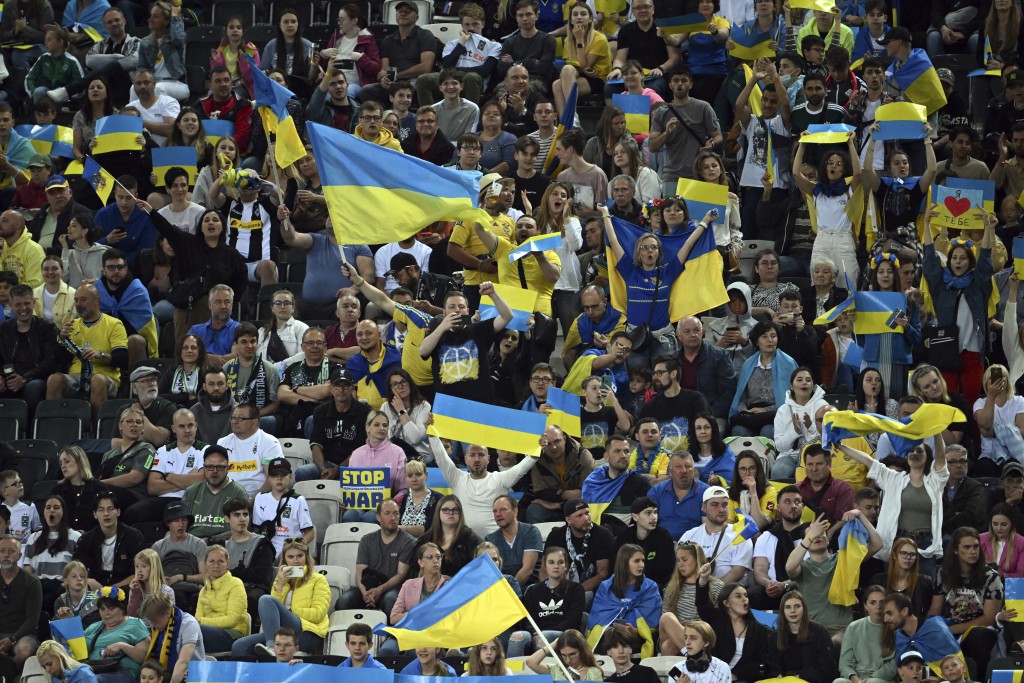 MÖNCHENGLADBACH, Germany (AP) — Ukraine is back on the soccer field.

The Ukrainian men's national team returned to action Wednesday for the first time since the invasion by Russia, beating German club Borussia Mönchengladbach 2-1 in a charity fundraiser.

The friendly was a chance for the Ukrainians to get back into form ahead of a World Cup qualifying playoff game against Scotland next month, but also just to show their team is still going, despite everything.

“We thank you all for your great help,” former world heavyweight boxing champion Wladimir Klitschko, whose brother Vitali is mayor of Kyiv, said in a video message to the German club and fans. It felt as if “both (teams) are playing for us,” he added.

The squad for the unusual club-versus-country friendly was assembled from Ukrainian clubs whose league seasons were frozen Feb. 24 on the morning Russian troops invaded.

Ukraine has banned men of fighting age from leaving the country during the war, so the players needed special permission to travel. Some have been touring Europe for weeks, first with the Dynamo Kyiv and Shakhtar Donetsk clubs playing fundraising games, then at a national-team training camp in Slovenia.

Coach Oleksandr Petrakov said when the Ukrainian anthem was sung before the game, “I had tears in my eyes."

Petrakov said he had spent the early stages of the war in his apartment in the capital, Kyiv. At that time, when Russian forces were closing on the city, “you sit in the apartment and you don't know where a projectile is going to land,” he said. “I don't wish for anyone to go through that.”

The crowd of 20,000 at the game contained many Ukrainians — they were given free tickets — who roared their appreciation when winger Mykhailo Mudryk rounded the goalkeeper and scored in the ninth minute to give Ukraine the lead.

Mudryk had another good chance midway through the second half but could only tap the ball into the keeper's arms. Substitute Oleksandr Pikhalonok gave Ukraine the win in the 82nd with a low shot from just outside the box. Both of Ukraine's scorers were representing the national team for the first time.

Ukraine hadn't played since beating Bosnia-Herzegovina 2-0 on Nov. 16, and had to reschedule games because of the war. Petrakov said he was pleased with the performance after such a long time without playing, but the team still needed to work on its mistakes.

If Ukraine beats Scotland in the playoff in Glasgow on June 1, it will face Wales four days later in Cardiff for a place at this year's World Cup in Qatar.

Ukraine's highest-profile players, including Manchester City left-back Oleksandr Zinchenko, West Ham forward Andriy Yarmolenko and Benfica striker Roman Yaremchuk, are expected to join up with the squad in time for the World Cup qualifying playoffs once their club seasons finish.

Before that, the the national team will play friendlies against Italian club Empoli and Croatian club Rijeka next week, the Ukrainian Football Association said Wednesday.