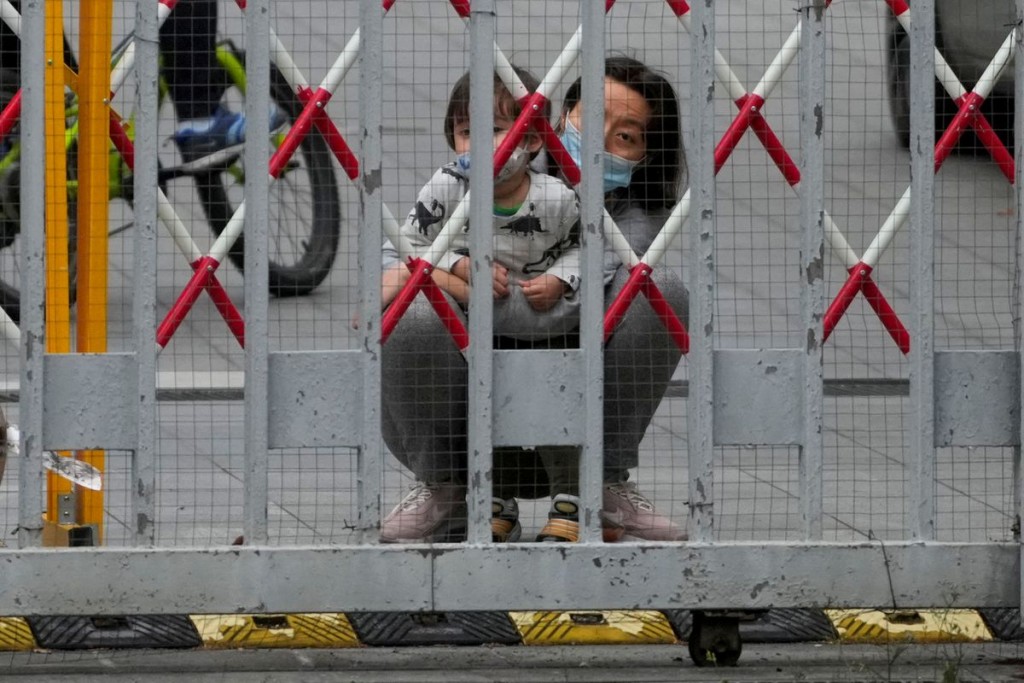 China hit back on Wednesday against what it called "irresponsible" comments by the head of the World Health Organization, who described the country's uncompromising and increasingly painful "zero COVID" policy as "not sustainable."

The policy has placed hundreds of millions of people across dozens of cities under various degrees of movement restrictions, most dramatically in Shanghai, causing significant economic damage in China and beyond and fuelling wide-spread frustration.

Officials in Shanghai, now in its sixth week under a sweeping lockdown, said on Wednesday half the city had achieved "zero COVID" status, but restrictions would remain in place.

China's uncompromising approach stands in contrast to most other parts of the world, where governments have chosen to live with the virus.

In rare public comments on a government's policies, WHO Director-General Tedros Adhanom Ghebreyesus said on Tuesday China's zero-tolerance strategy is not sustainable and that it was time for a change in approach.

Tedros' comments were not covered in China's state media and were censored on social media, with the only official response coming at a regular foreign ministry news conference.

"We hope the relevant individual can view Chinese COVID policy objectively and rationally and know the facts, instead of making irresponsible remarks," spokesman Zhao Lijian said.

Critics of the WHO have previously accused the U.N agency as being too close to China, which the WHO denies.

China has pointed to the millions of deaths caused by COVID in other countries. Its official toll since the virus first emerged in the city of Wuhan in late 2019 is just over 5,000, far below the nearly 1 million deaths in the United States.

New modelling by scientists in China and the United States sees the risk of just over 1.5 million COVID deaths if China ditches its current policy without any safeguards such as ramping up vaccination and access to treatments.

Only half of China's over-80s are vaccinated.

A United Nations Weibo post of Tedros' comments was removed from the Twitter-like platform shortly after being posted. The United Nations and Weibo did not respond to requests for comment. WeChat, another platform, disabled sharing of a similar U.N. post, citing a "violation of rules."

"It shows that Beijing has zero tolerance on anyone who challenges its COVID-zero policy," Fang Kecheng, a Chinese media researcher at the Chinese University of Hong Kong, said about the censorship.

"This issue has been entirely politicised and any dissenting opinion would be considered as challenging the top leadership."

China's social media has nonetheless been an important avenue for residents to express their resentment over the restrictions, with users playing a cat-and-mouse game with censors to share personal accounts of their hardship.

Data showed Shanghai, which is home to 25 million people, recorded no cases outside areas under the strictest curbs on Tuesday for the first time since May 1. Half of the city's 16 districts had achieved zero COVID status having not recorded any such cases for three days.

Still, officials said it was not time to ease curbs.

The lockdown was tightening, with the city making what it hoped would be a final push to eradicate infections before easing restrictions, potentially by the end of the month.

An increasing number of residents in previously less strictly sealed areas of Shanghai have in recent days seen new fences erected around their housing compounds and have received notices that they would not be allowed outside anymore.

Shanghai's latest daily tally of 1,487 new infections was the lowest since March 23.

In Beijing, many businesses have been closed and large numbers of people worked from home as the city tried to end an outbreak that saw 56 new cases in the last 24 hours.

Shanghai's lockdown has tested the ability of manufacturers to function under COVID curbs, with Tesla's Shanghai plant operating well below capacity this week due to problems securing parts.

The impact on supplies of critical goods was far-reaching.

Some of the largest U.S. hospitals said on Tuesday they were facing critical shortages of products used in CT scans, x-rays and radiography as a result of reduced production in Shanghai.

General Electric's (GE.N) healthcare unit said on Tuesday it had increased output of chemicals used for medical scans and tests at its factory in Ireland to compensate for its Shanghai factory not operating at full capacity.