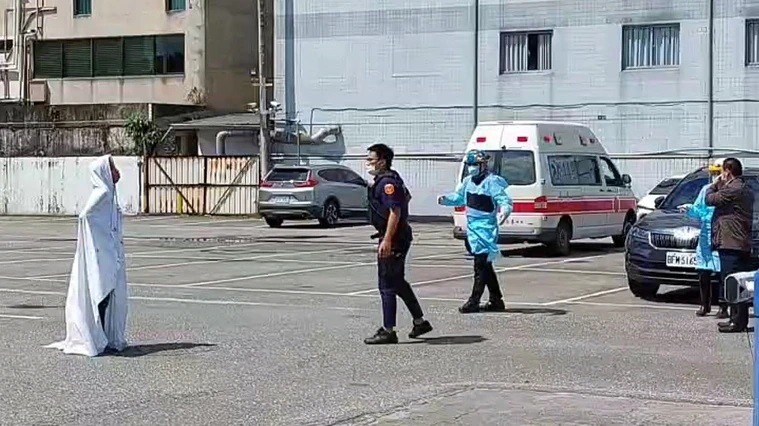 TAIPEI (Taiwan News) — An Indonesian migrant worker on Tuesday (May 10) was restrained by police after he leaped out of the third floor of a quarantine hotel following news that his mother had died.

The 29-year-old man had been undergoing quarantine in an epidemic prevention hotel in Hualien City when he received news that his mother had passed away. Distraught, he wrapped himself in a sheet, grabbed a pillow, broke the window latch, and jumped through the window from his third-floor room. 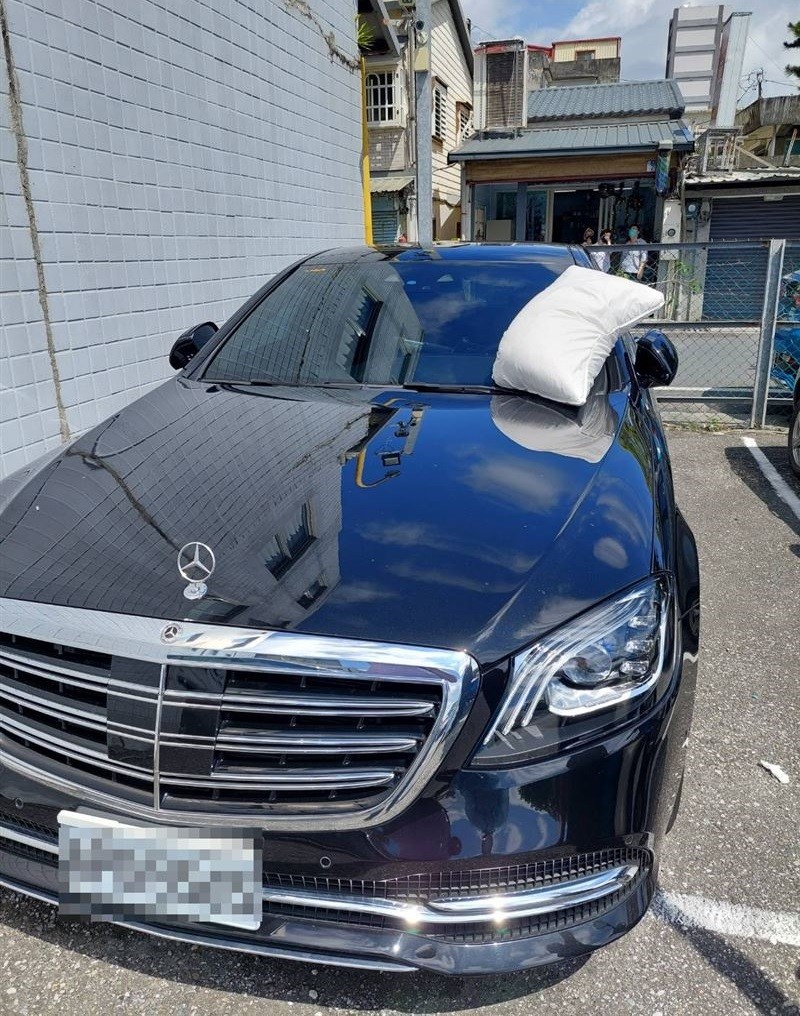 He landed on a black Mercedes-Benz that happened to be parked just below, and this lessened the impact of the fall. At 9:40 a.m. that day, police received a report that someone had jumped out of the window of an epidemic prevention hotel, per UDN.

When police arrived at the scene, they found the man still wrapped head to toe in the bedsheet. He appeared to be bleeding from minor abrasions to his face but did not seem to be otherwise injured. 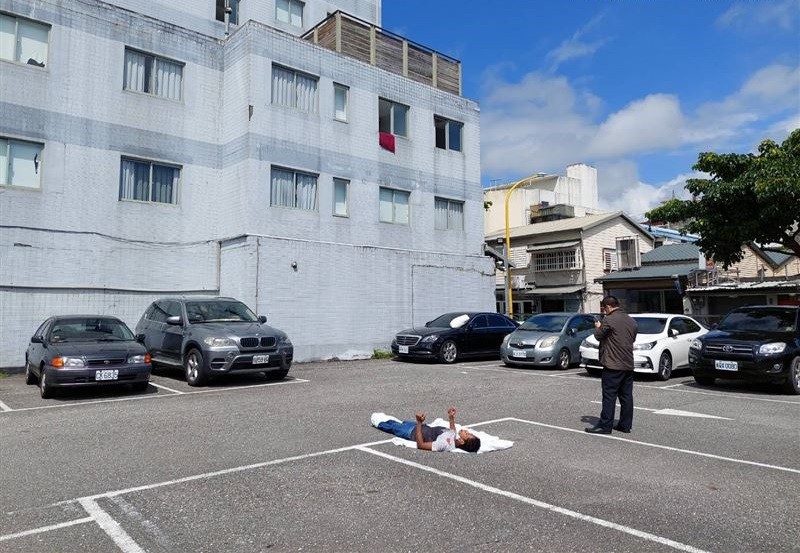 Indonesian man lying on bedsheets as he mutters to himself. (Hualien County Police Department photo)

The man was muttering to himself, and police assumed that he had leaped from the building to evade quarantine. However, an Indonesian interpreter learned that the man was upset because he had found out that his mother had died.

As officers approached the man to take him to a hospital, he suddenly lunged toward them. A struggle ensued, and police wrestled him to the ground. 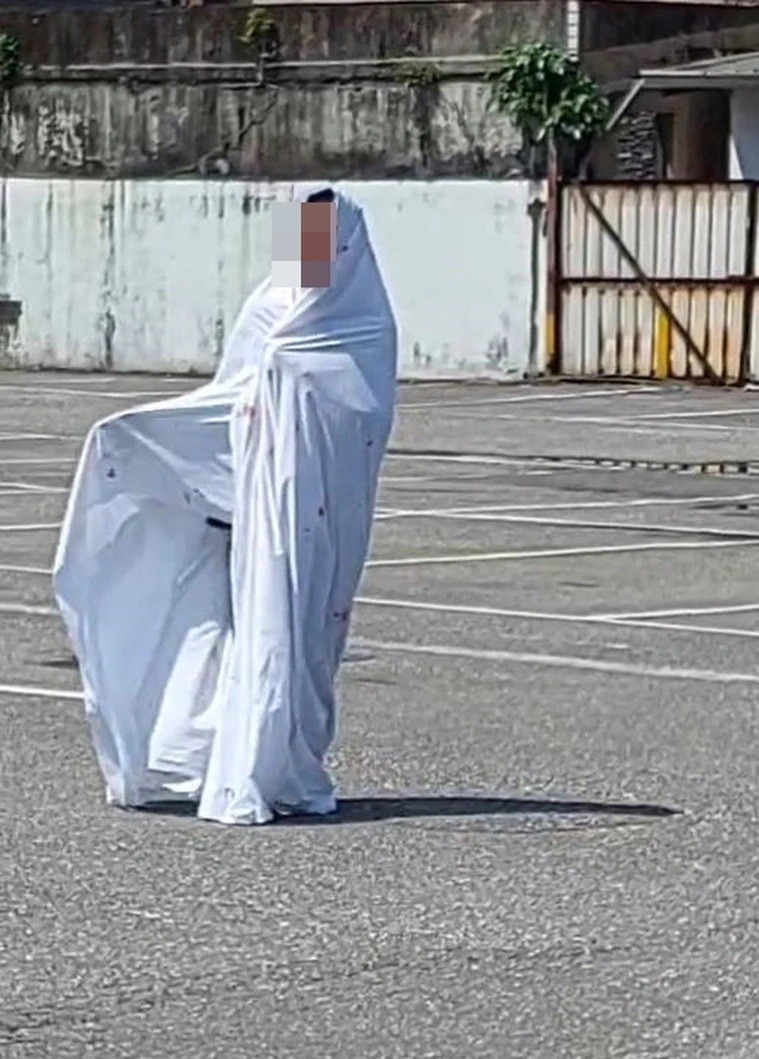 He continued to resist and was unwilling to cooperate with officers' commands. Police then transported the man to the Hualien Armed Forces General Hospital to undergo psychological treatment.

Police said the cause of the incident is currently under investigation. 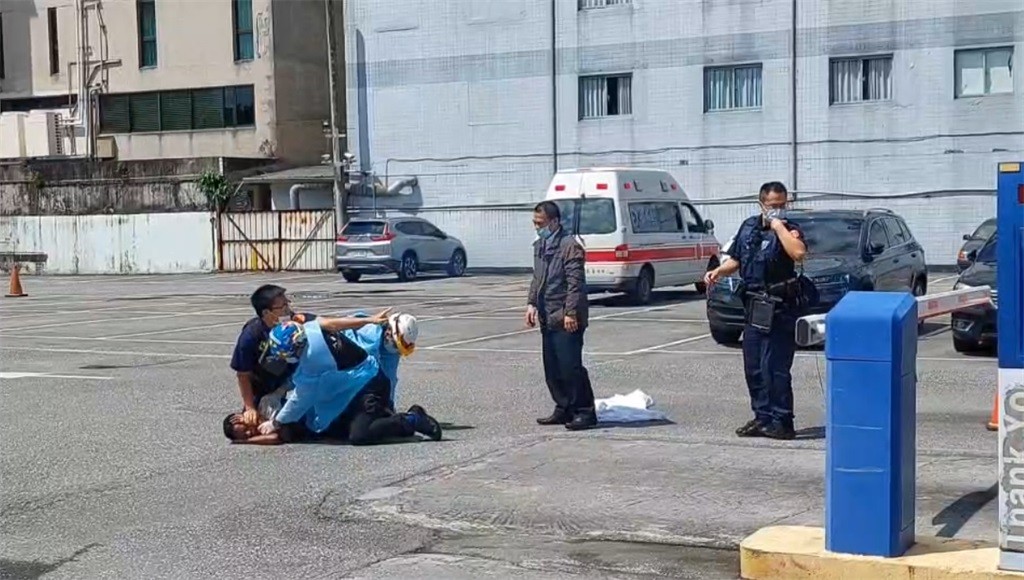 Those considering suicide should immediately call the Taiwan Suicide Prevention Center at 1925 or Taiwan Lifeline International at 1995. Foreign residents can call the Community Services Center's emergency hotline at 0932-594-578, 24 hours a day. 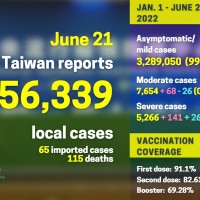