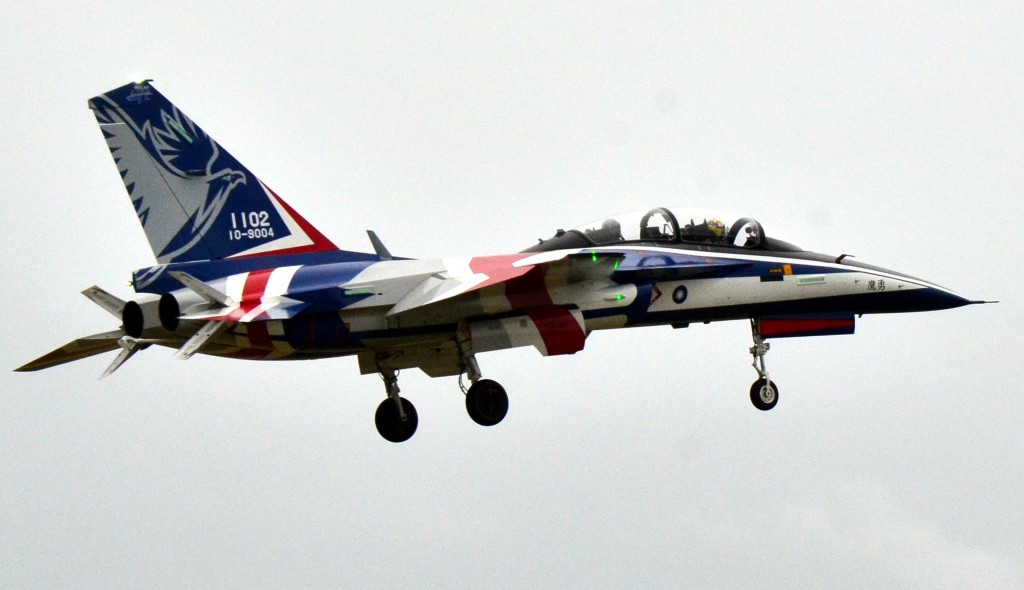 On Tuesday morning at 7 a.m., two Brave Eagle jet trainers flew to the Taimali shooting range in Taitung County to carry out trial sorties. The two jets were accompanied by drones, which conducted surveillance of the entire exercise. The NCSIST also set up antennas and command vehicles near the coast in that area.

According to a Fisheries Agency flight safety announcement, there will be a total of four trials from May 10-12, with each lasting from early morning until noon, CNA reported. A danger zone has been set, stretching 200 kilometers from Pingtung County's Jiupeng Village, past Orchid Island, and north toward Green Island.

The notice also listed a maximum trajectory altitude of 7.62 km.

At 5 a.m. the same day, a Chinese warship was spotted 111 km northeast of Orchid Island sailing south. Ministry of National Defense Spokesperson Sun Li-fang (孫立方) said the activities of aircraft and vessels around the Taiwan Strait are being properly monitored by military intelligence, surveillance, and reconnaissance, per CNA.