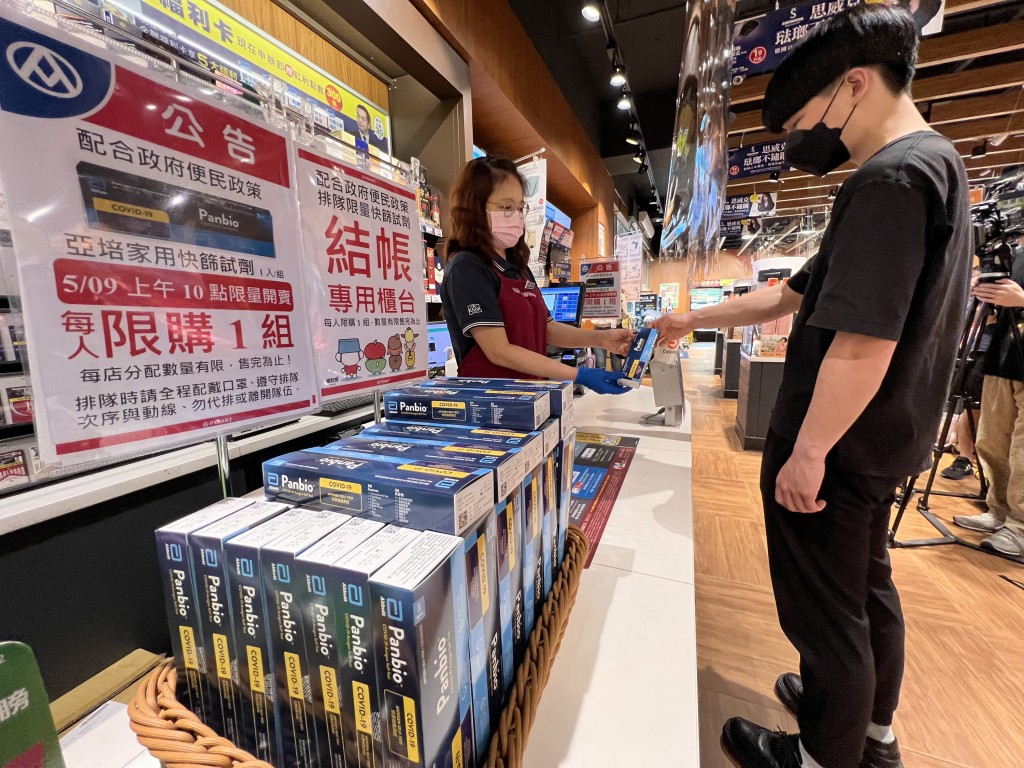 TAIPEI (Taiwan News) — The health authorities on Tuesday (May 10) rebutted allegations they have hampered businesses' efforts to import COVID-19 rapid tests and said individuals will soon be allowed to import them for their own use.

To date, the Food and Drug Administration has granted 22 applications by companies to introduce at-home testing kits, with nearly 15 million units imported and made available on the Taiwan market, according to a statement by the Ministry of Health and Welfare.

However, individuals have so far only been permitted to apply to import the tests in compliance with the regulation regarding medical supplies, which some say fails to address the country's acute shortage of self-test kits.

Health Minister Chen Shih-chung (陳時中) said at a regular briefing Tuesday that given the high demand for such products, the rule will be loosened in two months to green-light individual imports, per UDN. However, he cautioned that the accuracy of the tests cannot be vouched for since they will not be inspected, and the government will not accept the test results of brands that have not been approved.

Taiwan has moved to recognize the results of self-tests from registered brands.

The nation has implemented a name-based rationing system by which people can purchase a rapid test for NT$100 (US$3.37) at designated pharmacies. Still, the limited supplies mean they fly off the shelves quickly, leaving many who need one no choice but to pay at least NT$180 per kit at retailers.