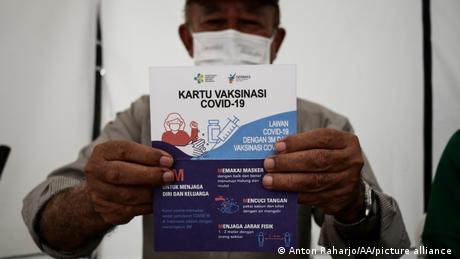 The EU currently recognizes COVID passport certificates issued by only three countries from Southeast Asia, despite a surge in outbound travel from the region as pandemic restrictions are lifted.

Malaysia's certificates have been recognized since early April; Thailand's since December, and Singapore's since November. Thailand and Malaysia only partnered with the EU Digital COVID Certificate when it was expanded to include 22 non-EU countries in February.

"Vaccine recognition has been a big issue," said Brendan Sobie, an independent aviation analyst and founder of Singapore-based firm Sobie Aviation. "It's disappointing to see how slow this has progressed given all the efforts by industry that began well over a year ago."

The EU's recognition of Malaysia's pass, in particular, was "very slow" considering it has issued digital vaccine certificates since the very beginning of its vaccination rollout in 2021, and uses robust security for its system, said Hannah Pearson, a founding partner of Kuala Lumpur-based tourism consultancy Pear Anderson.

However, when it comes to countries like the Philippines and Vietnam, it is not surprising that recognition has been slow, she added.

Manila was slow to begin its vaccine passport scheme last year, and it was racked with problems when it launched. Vietnam only began issuing its own digital vaccine certificates last month.

The impact is hard to gauge. In 2019, citizens from six ASEAN countries — Indonesia, Malaysia, Thailand, the Philippines, Singapore, and Vietnam — spent almost $90 billion (€85 billion) in international tourism expenditures, about a third of what the Chinese spent that year, according to a recent article by Melinda Martinus of the ISEAS–Yusof Ishak Institute in Singapore.

But international travel expenditures by tourists from these six Southeast Asian countries slumped to $24.8 billion in 2020 before rising to around $38 billion in 2021. The Economist Intelligence Unit recently said it won't recover to pre-pandemic levels until 2024.

Yet, outbound travel from Southeast Asia has started to recover "quite nicely," said Sobie.

"International travel in ASEAN is finally recovering and the general mood is positive," he added. "Of course it will take a long time for the market to fully recover but the speed of the recovery the last month or so has been quite encouraging and faster than expected in this initial phase."

This is "an indication of the pent-up demand after two years of virtually no international travel to, from, or within Southeast Asia," Sobie said. He reckons the outbound recovery rate has so far been faster than the inbound recovery rate.

"These travelers simply look at the individual EU member country's requirements, rather than whether the EU as a whole has recognized their vaccine certificate," said Pearson.

"Of course, this could make the multi-country itineraries which Southeast Asian travelers generally undertake when traveling in Europe less appealing, due to increased bureaucracy," she added.

The EU was ranked the second-most preferred travel destination by Southeast Asians in a recent survey. The State of Southeast Asia study, released by the ISEAS–Yusof Ishak Institute, found that 22.5% of respondents favored traveling to Japan, followed by 19.2% to an EU state and 14% to an ASEAN country.

EU sources say progress is being made. "Equivalence negotiations with some other ASEAN countries are ongoing as it is our shared ambition to restore pre-pandemic connectivity at the earliest possible convenience and to do so in a safe and sustainable manner," said Igor Driesmans, the EU ambassador to the ASEAN bloc.

He added that the recently agreed EU-ASEAN Comprehensive Air Transportation Agreement, the first bloc-to-bloc aviation deal that should increase the numbers of flights, will provide a "further boost to these efforts."

But vaccine passports aren't the only problem. A bigger issue is which vaccines are accepted.

Many Southeast Asian nations depended on donations of the Chinese-made Sinovac vaccine in their first stages of immunization.

Sinovac accounts for almost a third of all vaccines administered in Malaysia, according to official reports. Yet 10 EU countries — including France, Germany, and Italy — currently do not recognize Sinovac, and 11 do not recognize Sinopharm, another Chinese-made vaccine.

That means even when the EU recognizes a country's vaccine passport scheme, visitors will not be allowed entrance if they have been immunized with an unrecognized vaccine.

Khairy Jamaluddin, Malaysia's health minister, said a few weeks ago that those inoculated with Sinovac or Sinopharm can get a second-booster of a EU-recognized vaccine so they can travel.

"The continued negative stance towards considering someone who is fully vaccinated with Sinovac 'fully vaccinated' from an EU point of view means that it is either very difficult, or, in some cases, impossible, for Southeast Asian leisure travelers to be able to enter certain European countries such as Germany, France or Italy," said Pearson, the travel analyst.

These are some of the top destinations for Southeast Asian travelers, she added, and until Sinovac and Sinopharm vaccines are recognized as valid, "the tourism potential from Southeast Asia will continue to be limited."