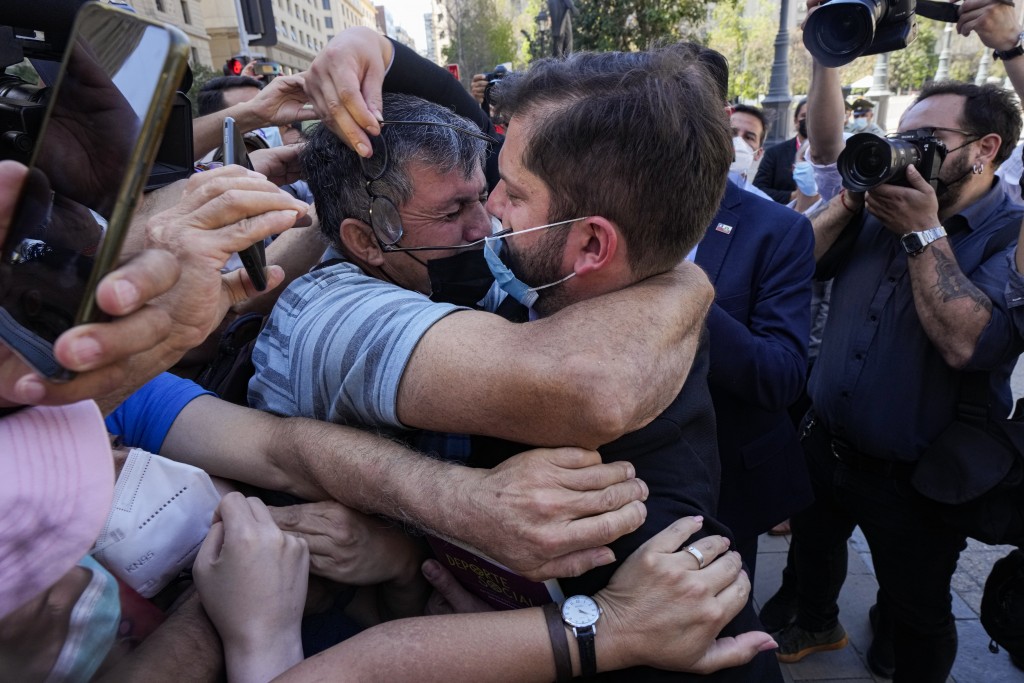 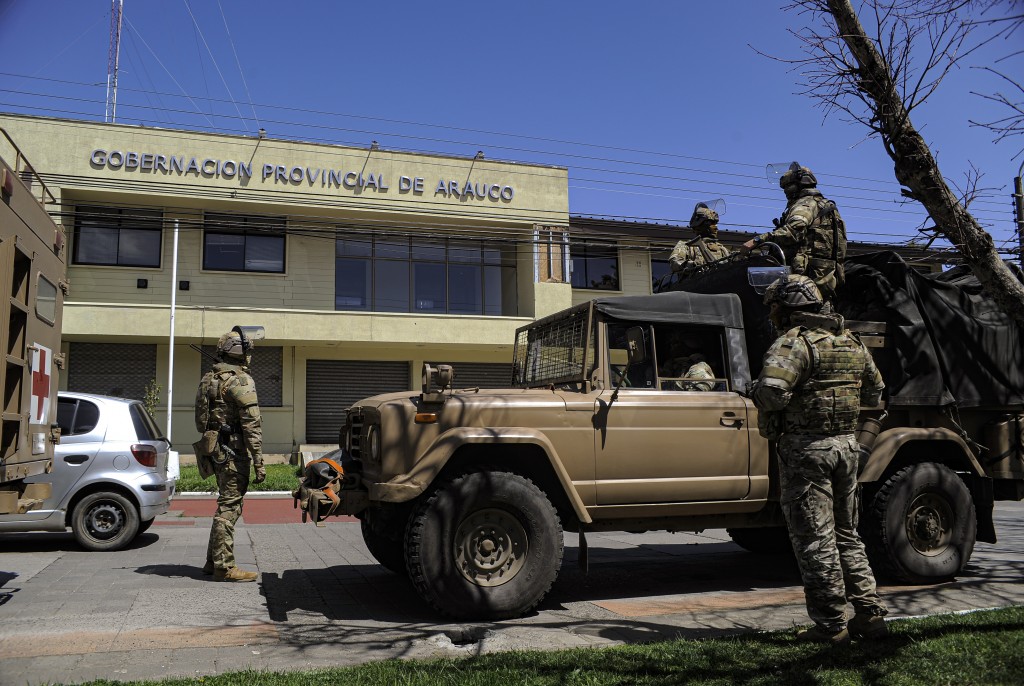 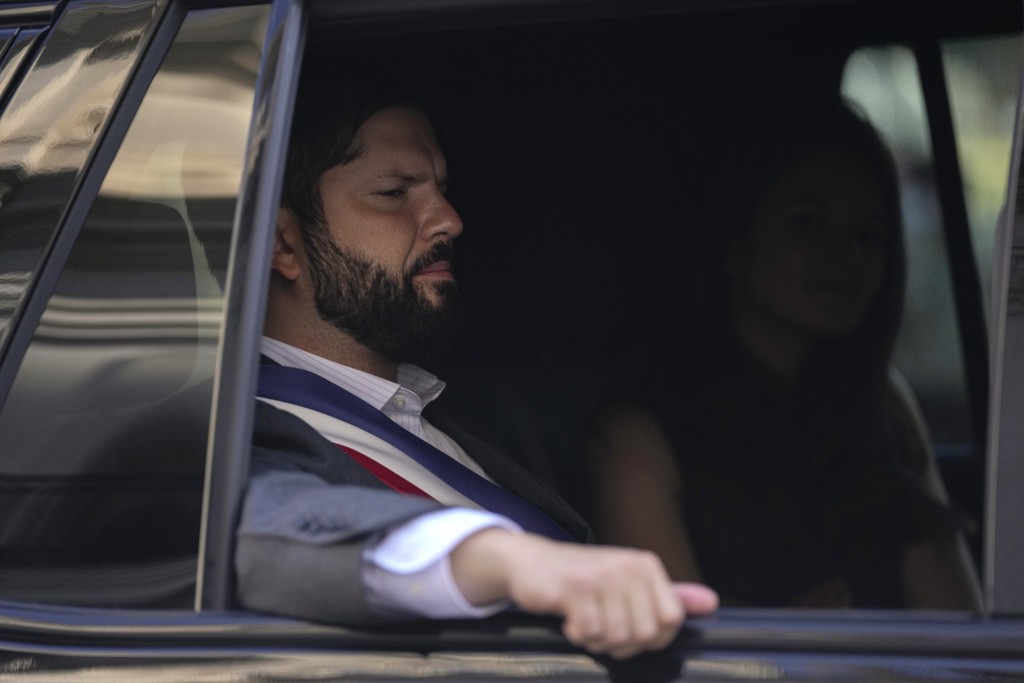 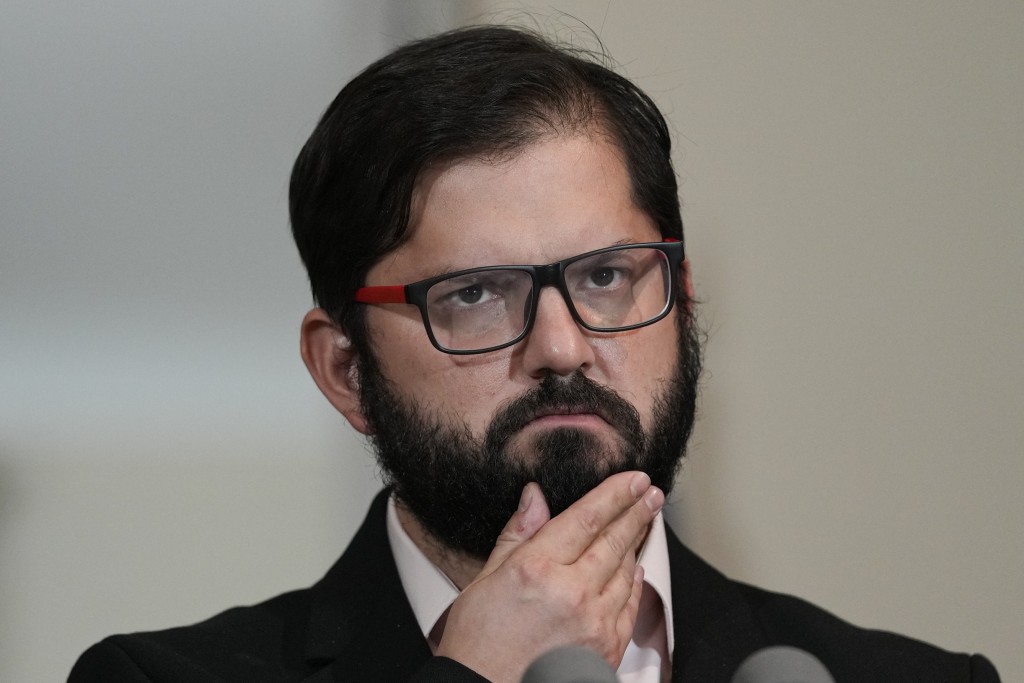 SANTIAGO, Chile (AP) — President Gabriel Boric of Chile is attempting to relaunch an administration that has plunged in popularity less than two months since he made headlines around the world for becoming the country’s youngest president and a possible symbol for a resurgent left wing in South America.

As opinion polls show Boric with a marked erosion of support since taking office, the 36-year-old president has declared the transition period has ended and called on his ministers act with “a sense of urgency” to deal with the demands of Chileans.

Boric said this week he was analyzing the possibility of allowing the military to assist in law enforcement duties in the violence-ridden south of the country. Dozens of truckers are blocking key roads demanding action to assure their safety in La Araucanía and Biobío regions, some 600 kilometers (360 miles) south of Chile’s capital.

Boric’s apparent willingness to appeal to the military for assistance in domestic security issues, which he has resisted in the past, follows his acknowledgement that his almost two months in office have not exactly gone as he hoped after he swept into the presidency with 56 percent support in a December runoff election.

“There have been difficulties and there have been mistakes,” Boric told local newspaper La Tercera in an interview published May 1. “It’s important to acknowledge our own responsibility.”

Opinion polls show Boric’s shine appears to be quickly wearing off among Chileans.

His approval rating dropped to about 24 percent in the second half of April, a plunge of almost 23 points since he took office, according to a poll by Pulso Ciudadano released on May 1. It was based on 1,043 online questionnaires and had a margin of error of 3 percentage points. Another pollster, Cadem, reported Boric’s approval rating stood at 36 percent, a 14-point plunge since he was sworn in. That poll was based on 703 phone interviews with a margin of error of 3.7 percentage points.

With his recent moves, Boric is “taking note that the honeymoon was a bit more abrupt than expected and he can’t appeal to youth nor inexperience to justify his political mistakes,” said Cristóbal Bellolio, a political science professor at the Adolfo Ibáñez University in Santiago.

Although shorter honeymoons for recently sworn-in leaders have become a global trend amid broader skepticism of those in power, Boric seems to have particularly tested the patience of Chileans by taking too long to detail his plans for office, Bellolio said.

“In the beginning, he abused this idea that they were going to take time to first issue a diagnosis of the situation before taking action,” he added. “But you have to act even if the diagnosis isn’t complete.”

As a student leader, Boric often led protests against inequality that rocked the country that was once seen as a bedrock of political stability in the region. As a candidate, he vowed to bring a seismic shift in the political landscape. Now some of his voters are disappointed that change appears slow.

“There could be an effect that expectations were too high, along with the expectations of the speed at which things would occur,” said Cristián Cáceres, a 54-year-old telecommunications engineer. “People definitely had unreal expectations.”

For now at least, Boric’s talk of shaking up the status quo has yet to come to fruition.

“He hasn’t implemented anything new,” said Cristóbal Huneeus, director of Data Science at Unholster, a software company that tracks the work of legislators. “He has spoken of transformative reforms, but we don’t see any reforms.”

For Raúl Ulloa, a 69-year-old optician in Santiago, Boric’s drop in approval is not a mystery. He said the new president “doesn’t have a plan” and now should “go toward the middle and not be so extremist” if he hopes to regain support.

Analysts largely agree that Boric’s administration is suffering from some self-inflicted wounds by a cabinet filled with new faces. Several of these missteps involve the interior minister, Izkia Siches. In March, she was forced to abruptly end a visit to La Araucanía region, a focus of conflict with indigenous groups demanding restitution of land, after gunshots were fired near her motorcade. In April, Siches apologized after she mistakenly told lawmakers that a plane carrying expelled Venezuelan immigrants during the previous administration had returned to Chile with all the passengers aboard.

“It’s a team that does not have a lot of political experience in the executive. They got there precisely because they had never been there before,” Claudia Heiss, the head of political science at the University of Chile, said. “They’re learning how to manage a government and that has led them to make some mistakes.”

That has weighed heavily on some Chileans, including Patricio Soto, 40, who says Boric's administration "may have had the best intentions but the lack of experience for important posts” has led to problems in the government.

At the same time though, Boric is dealing with some issues that would have presented challenges to anyone in his position.

“The economic situation is super relevant and anyone who would have been in power right now would be in trouble,” Heiss said. “We have an inflation rate that has not been seen in Chile since at least the return of democracy and we’re still mired in an economic crisis as a result of the pandemic.”

Chile’s annual inflation rate reached 10.5 percent in April, breaking the double-digit mark for the first time in 28 years and showing an increase from the 7.2 percent registered in 2021.

Amid continuing economic difficulties, the Chilean government this week decreased its growth expectations for the year to 1.5 percent from 3.5 percent and increased its inflation estimate for 2022 to 8.9 percent.

Chileans are not just souring on Boric though; they have grown increasingly skeptical of the institution that is rewriting the country’s constitution.

Almost eight in 10 Chileans voted in favor of rewriting the constitution in 2020, an overwhelming majority that showed the fervor for change in the country following the student-led protests. But now that the constitutional convention has gotten to work, many are having doubts and polls show a growing number are leaning toward voting against the still-unfinished document in a September plebiscite.

Even some who support the reform are expressing some skepticism.

“I think that, as a society, we need to change the constitution,” Daniela Arévalo, a 25-year-old architecture student, said. “But now I don’t trust how the constitutional process is moving forward.”

Boric has been a strong proponent of amending the constitution and the future of his government is seen as inexorably tied to what happens with that vote since they are both part of a historic process that involves Chileans demanding change.

“If the government wins it can breathe easy,” Bellolio said. “If it loses, it will amount to a political earthquake.”

The story has been corrected to show that Data Science at Holster is a software company.