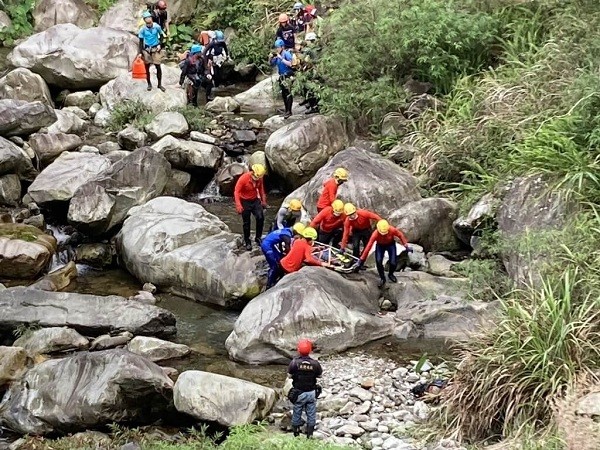 TAIPEI (Taiwan News) — A National Taiwan University (NTU) graduate student died Sunday (May 8) after falling down a slope into a river valley during a group river tracing trip.

The Taichung City Fire Bureau received a report at 2 p.m. that someone had fallen 20 meters down a steep side slope of the Shiwen River Valley in the city’s Heping District, CNA reported.

According to the police’s initial investigation, the student, surnamed Tsai (蔡), had set out on a river tracing expedition on the previous day with nine other members of the NTU Mountaineering Club.

The group started trekking through the river valley after entering the Basianshan National Forest Recreation Area Saturday morning (May 7), according to police. They traced the waterway into the mountains, where they camped overnight, then started back down the river Sunday morning.

Firefighters said that by the time they arrived, members of Tsai's group had pulled him out of the water onto the river bank and had immediately performed CPR since he had no vital signs. The firefighters administered first aid to Tsai, who had suffered serious injuries to the head, before carrying him down the mountain and rushing him to the hospital. He was later pronounced dead by the hospital.