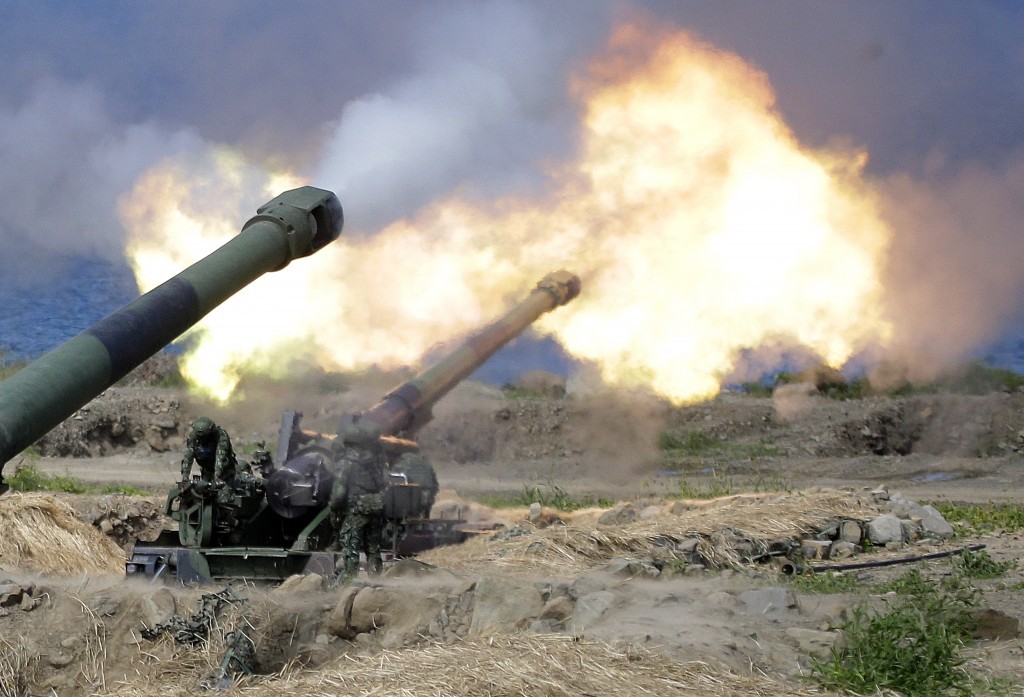 TAIPEI (Taiwan News) — U.S. officials are urging Taiwan to adhere to an asymmetric defense strategy to ward off a Chinese attack.

Since the Russian invasion of Ukraine, Washington has been re-examining Taiwan’s arms purchases to make sure they are geared for unconventional warfare, according to a New York Times (NYT) report.

Though many of Taiwan’s recent purchases, such as Harpoon and Stinger missiles, are aligned with an asymmetric strategy, Taiwan's military's request to acquire MH-60R Seahawk helicopters has been rejected and criticized by U.S. and Taiwan officials and scholars. They have been deemed unsuitable in a conflict with China, per NYT.

The Minister of National Defense, Chiu Kuo-cheng (邱國正) recently announced Taiwan had canceled its plan to buy the anti-submarine helicopters because they were too costly. However, he failed to mention that American officials had been pushing Taiwan not to buy the helicopters, according to the NYT report.

Officials in Washington have warned their counterparts in Taipei that the State Department would reject such traditional hardware requests. They have also told American arms manufacturers not to ask relevant U.S. authorities to greenlight Taiwanese orders for certain weapons.

“Continuing to pursue systems that will not meaningfully contribute to an effective defense strategy is inconsistent with the evolving security threat that Taiwan faces,” the NYT quoted a State Department representative as saying. “As such, the United States strongly supports Taiwan’s efforts to implement an asymmetric defense strategy,” the official added.

Bonnie S. Glaser, the director of the German Marshall Fund’s Asia Program, said she has noticed a shift in Washington’s attitude towards arms sales to Taiwan. “It started before the invasion of Ukraine, but I think it has really, really solidified since then. There has been this wake-up call in the Pentagon to make sure Taiwan is serious, and we need to get serious too.”

The U.S. approved the sale of 108 Abrams tanks in 2019, which will be delivered to Taiwan by 2026. Some U.S. officials have blasted the sale, saying that the tanks would only be useful when Chinese forces break through coastal defenses, at which point the nation would “probably be doomed.”

Nevertheless, some Taiwanese scholars believe certain large items are necessary for Taiwan’s defense. “We have accepted many of the recommendations from the United States, but we still need to have some space to make preparations for the possibility of other, longer-term scenarios,” Chieh Chung (揭仲), a security analyst with the National Policy Foundation in Taipei, said. He said he was worried that the Ukraine war had caused Washington to become fixated on asymmetric concepts and forget what Taiwan actually needs to defend itself.

Resupplying Taiwan with weapons during wartime is also another issue to consider, as it would be more difficult for the U.S. and its allies compared to Ukraine, the NYT said. Thus, some officials are mulling stockpiling large amounts of munitions in Taiwan.

“The question is: How focused are you on asymmetric warfare compared to other priorities?” Evan S. Medeiros, a senior Asia director on President Barack Obama’s National Security Council, said.

Taiwan is currently in discussions with the U.S. to seek alternatives as delivery of its 40 purchased M109 Paladin self-propelled howitzers has been delayed due to insufficient production capacity, Chiu said. The defense ministry said it was now considering HIMARS mobile rocket launchers. BAE Systems said on May 4 that it has the capacity to produce the Paladins for Taiwan, per Defense News.

A shipment of 250 Stinger missiles Taiwan previously paid for faces postponement as well.