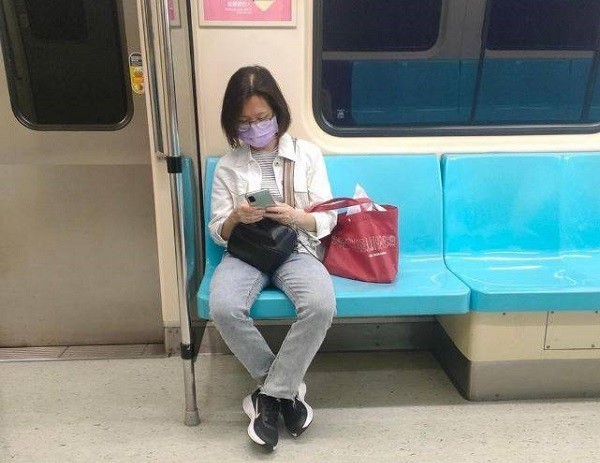 At 9 a.m. that morning, Taiwan Statebuilding Party member Chen Tzu-yu (陳子瑜) on his Facebook page posted a photo of a woman seated on a bench in the Taipei Metro looking at her phone. In the caption, Chen jokingly wrote "Hello President!"

Surprised by the uncanny resemblance to Tsai, Chen remarked "This look is really similar." He then revealed that the photo had been submitted to him by a reader.

Chen has closely interacted with Tsai over the years, having served as the deputy director of the Democratic Progressive Party's (DPP) department of social movements in 2014, when Tsai was the party chairman. He was also an assistant to the Magistrate of Yunlin County and current legislator Su Chih-fen (蘇治芬), who has deep ties with the DPP and Tsai.

Taiwanese netizens were astonished by the strong similarity between the MRT passenger and the president:

"There's a high probability that it's her."

"Really looks just like her, and you can ask her to substitute for the president."

"The president commutes via public transport and the bitter scene of her going to work is leaked."

"Did Little Ing sneak away from her entourage to come out and play?" 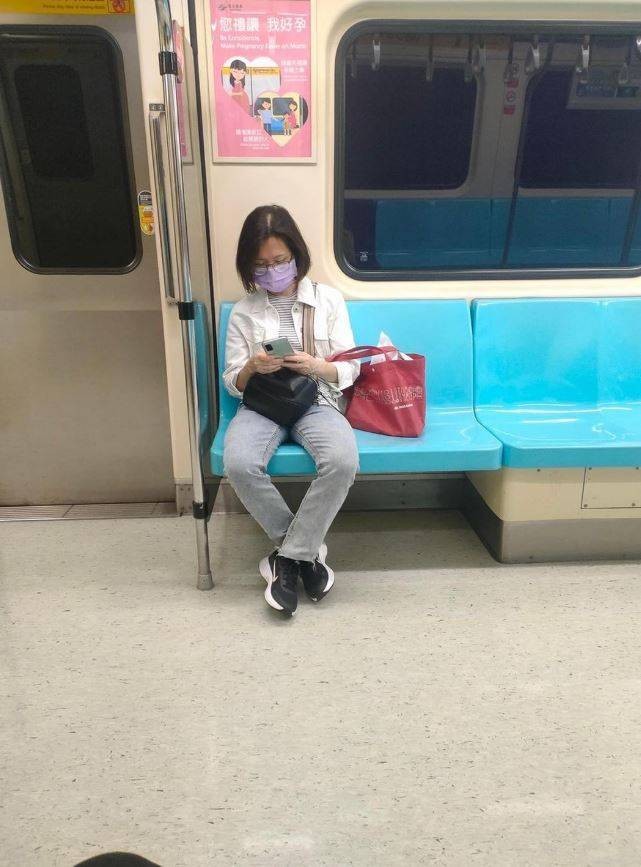