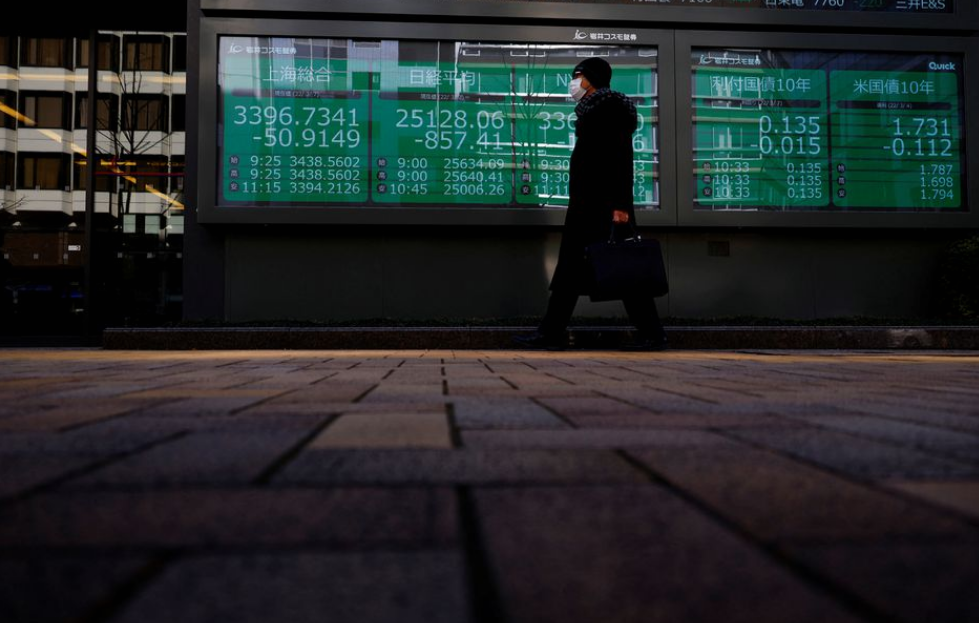 Asian markets got off to a shaky start on Monday as U.S. stock futures took an early skid on rate worries, while a tightening lockdown in Shanghai stoked concerns about global economic growth and possible recession.

"A series of rate hikes and hawkish communication came against a backdrop of plummeting Chinese and European activity, new plans for Russian energy bans and continued supply-side pressures," warned analysts at Barclays.

There was no let up in China's zero COVID policy with Shanghai tightening the city-wide COVID lockdown of 25 million residents. read more

Investors were also tense ahead of the U.S. consumer price report due on Wednesday where only a slight easing in inflation is forecast, and certainly nothing to prevent the Federal Reserve from hiking by at least 50 basis points in June.

Indeed, core inflation is actually seen rising by 0.4% in April, up from 0.3% the previous month, even as the annual pace dips a bit due to base effects.

"In Q1, the annualised monthly change in core CPI was 5.6%," noted analysts at ANZ. "That is too high for the Fed and we think the FOMC won't be relaxed about inflation until the core number moderates to around 0.2% m/m on a sustained basis.

"The Fed is not the only central bank facing inflation pressures. Increasingly, the guidance from the ECB is becoming a lot more hawkish."

The diary is full of Fed speakers this week, which will give them plenty of opportunity to keep up the hawkish chorus.

Oil prices eased back a little in early trade as Group of Seven (G7) nations committed on Sunday to ban or phase out imports of Russian oil. read more

Gold was idling at $1,876 an ounce , having struggled to make any traction as a safe haven recently.