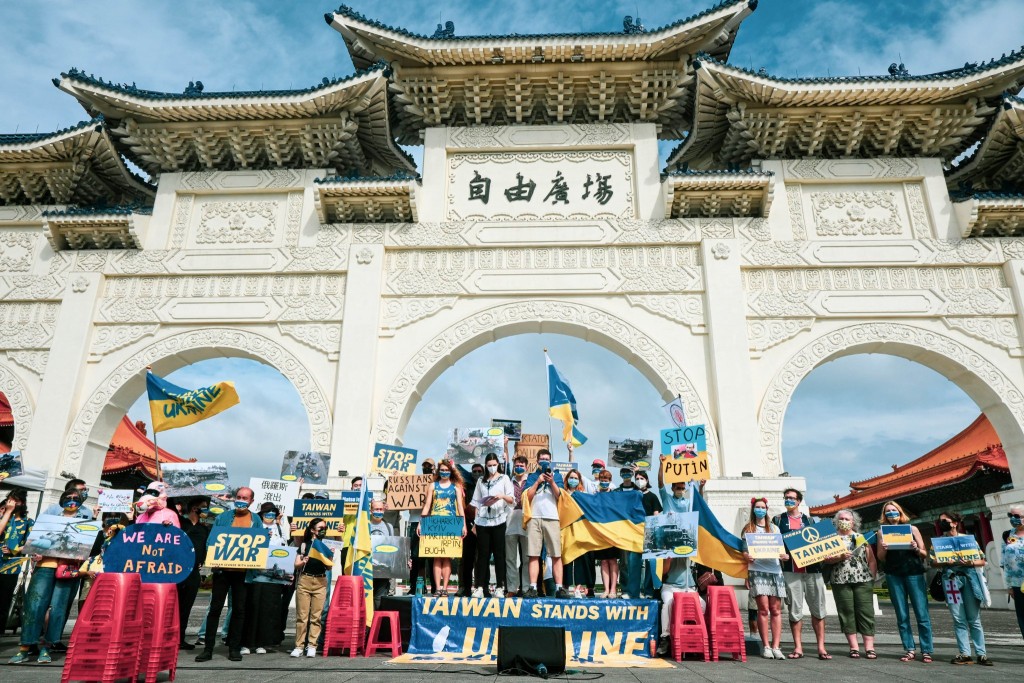 TAIPEI (Taiwan News) — Taiwan stood up for Ukraine with a series of rallies in Taipei, Hsinchu, and Taichung on Sunday (May 8).

The group Taiwan Stands with Ukraine (TSWU) asked Taiwanese to “show the world the cruel toll of Russian aggression, and show that Taiwan stands with a fellow democracy under attack,” in a post on a Facebook event page.

Rallies took place at Taipei Liberty Square, Hsinchu Train Station Square, and the Taichung Train Station Square from 2-3:30 p.m., during which supporters brought flags, slogans, and posters to show solidarity with Ukraine. They also sang the Ukrainian national anthem, while Ukrainian and Taiwanese speakers shared their stories and messages.

At the rally in Taipei, TSWU founder Jen Wu (吳亭臻) said that while it is unlikely that Russian President Vladimir Putin will end the war because of such a rally, these events give the world hope. “As human beings, we must all stand up against the oppression of totalitarian regimes and speak out for those who are being oppressed and suffering.”

Wu added that she is in no mood to celebrate Mother’s Day considering all the reports of sexual assaults against Ukrainian women since the war began. She said the Russian army has made rape a tool in a war against civilians and aims to use it to destroy Ukraine as a country.

While those in the rest of the world celebrate motherhood with meals and parent-child time, Ukrainian women, mothers, and children were suffering immensely as they continued to protect their homeland, Wu said. She concluded the barbarism of Russian soldiers has become the cause of lifelong nightmares for Ukrainian women and children, and called for people to take a stand against sexual violence in war. 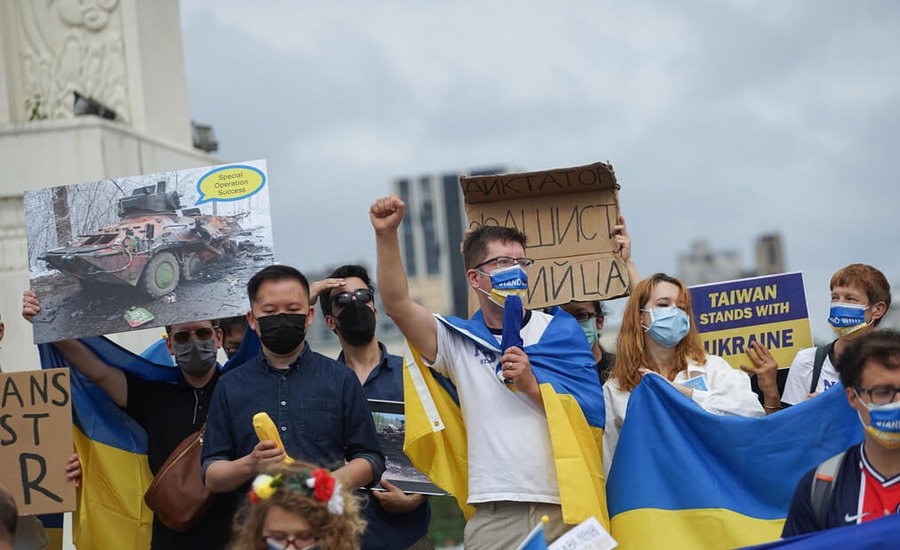 Ukrainians and Taiwanese share stories and messages on stage at the rally in Taipei. (CNA photo)

Anatolii, a Ukrainian from Odessa thanked Taiwan for its continued support of his homeland and highlighted the importance of keeping it up, because if the world’s attention to Russia’s invasion falters, Ukraine is as good as lost.

Kateryna Leliukh, a Ukrainian student sponsored by Academia Sinica who recently arrived in Taiwan, recalled fleeing Kyiv on the 10th or 11th day of the war and accidentally coming across Taiwan’s scholarship program. “After the first email from the organizers, I understood how serious Taiwanese academic and governmental support is. The people at my institution are willing to provide any help and assistance during both working and resting, on the most different occasions and in the kindest manner.”

She said that her experience showcases “that Ukrainian-Taiwanese relations have a great potential for further development,” as Taiwan has proven to be a more “brotherly” nation than Ukraine’s closest neighbor.